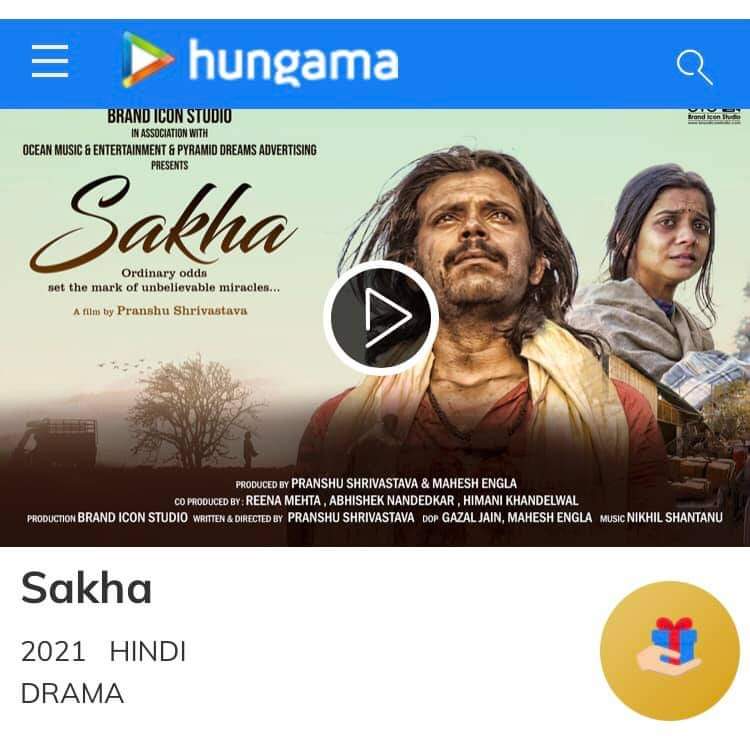 A journey from ordinary man to director

Pranshu Srivastava is a successful director, writer and actor. He has won awards for films like “Sakha”, “Desire” “inside” stihpragya and many more which not only captured the hearts of viewers but also won awards from Asia’s Biggest Film Project “Project Indian film director IFP “He has also directed numerous commercials and music albums and is well established in Bollywood and is now focusing on the upcoming project ‘Perspective’. His next feature film.

He is from a simple middle class family where he is a first child and both parents are teachers and lived in “SAGAR” away from BHOPAL. Where he was always active in many extracurricular activities but after being bullied he quit participating in other activities and was still under confidence. A few years passed and suddenly when he was in 10th grade an audition was held and in that audition even after being underconfident he rushed for the audition and was selected and his confidence was boosted when the next day his picture was printed in the front page article. Being always from a family where education is the most important thing, he then moved to Bhopal and continued to prepare for engineering admission and then went ahead for indore and got admitted in engineering and studied there for two years, but being fascinated by films, he chose to give up his career. Meanwhile his friends-Anud Singh Dhaka from Bhopal also dropped his engineering from Jaipur and luckily they chose to be flatmates in Mumbai and started struggling together and expanded their social circle and soon his friend Anud Singh Dhaka got an internship in the film Phantom and they started to go beyond there social circle, so life was good and he got a chance to attend “Anushka Sharma’s” birthday party at a studio in its sunny where he saw many actors and he felt blessed too during that time in the same party he met Anurag Kashyab and discussed his idea of ​​entering Bollywood industry and amazed that he met and got decided to be director.

Having such a great motivation motivated him so much and the next day when he was trying to create a new path in his journey, he suddenly became allergic to some drugs which ended up having a fear and a panic attack, this which made him return to his hometown.

Then, after a long road of recovery in his hometown, he started his career again and this time as a director and he was awarded third position across Asia for the Chitra bharti award which was bestowed by Madhur Bhandarkar, then he started getting commercial projects.

Then he decided to be an independent filmmaker and started with a feature film but was lagging behind for the funds and somehow with a group of friends they finished the film but then they struggled to cast it and showed it to Amir Khan’s production and they just wished all the best and declined for further involvement co-star Preksha took his own life which came as a shock , as he was getting back on track to launch the movie, suddenly another costar Saleem Raj passed away due to COVID, which was another shocking experience, In a way, he recovered from it all and launches sound SAKHA FILM on the OTT platform and he won over millions of people and soon after, Aamir Khan’s production team called him and congratulated him.

So his journey has never been easy, but yeah he’s still exploring more and more

The most iconic moments in cinema: King’s Speech, Lord of the Rings, Gladiator and Taken all in list

‘A Lot Of Nothing’ Movie Review: SXSW – Deadline