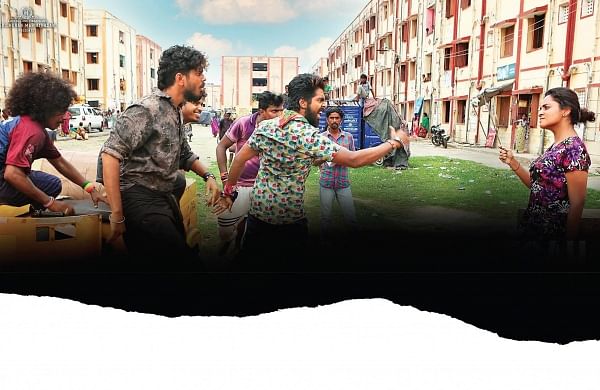 Towards the end of the prison, the text on the screen read: â€œSila sambavangalukku piraguâ€¦â€ It caught me off guard – wait, isn’t that what we’re watching the movie for? Could you tell us about the nature of these events? The film skips over the aftermath when the protagonist, Karna (GV Prakash), is asked by his friend, Kalai (Pasanga Pandi), to do pretty much what we also wonder: “What happened between both ? And then the film begins to fill that forced narrative void created for no reason, except to manipulate you into feeling some curiosity. This isn’t a movie that had previously shown any interest in the reverse timeline, and yet it doesn’t care to suddenly throw events at you like a gimmick.

You see this all the time in prison – this tendency to force events and conflicts, in order to maintain the illusion of excitement. One of the women in this film – a character who serves no apparent purpose – is said to have fallen in love with a man called “Isthri Murugan”. Out of nowhere, this character arrives for a resolution, with a child who bears his name and with a woman who is indeed dead. I burst out laughing when I heard that. How do you warmly react when the deception in the writing is so obvious?

The warning signs come early on, as a voiceover talks about the dehumanizing consequences of slum relocation, as it was in a documentary. The narrator almost continues in a critique of how slum dwellers are “thirsty”. At the start of the story – after the voiceover helpfully said “Vaanga paakalaam”, perhaps fearing we would take off – I hoped the narrator would stop interrupting me with patronizing explanations. And yet, it lasts a while. For example, Karna’s introductory scene makes him jump into a car, threatening an unwitting girl with a knife and snatching her phone from her.

Later, he is seen being manhandled by the police, and the narrator, uninvited, intervenes: “It’s a ‘petty theft’ but look like he’s being attacked like it’s a ‘ great flight ‘. Next, we see a man with a half-burnt face, an activist who has apparently tried to fight the injustice of forced resettlement through legal means. The narrator jumps on the obvious: â€œIvar samooga poraali. As opposed to what exactly? I found it impossible to get rid of the idea that this film didn’t think much of its viewers.

You might even conclude that in its half-hearted attempts to stand up for resettlement victims, this movie is almost doing them a disservice. He tries to criticize the police department for unfairly exploiting young men, yet he portrays most of the local young men as violent criminals, including Karna himself. One sells drugs, the other steals, the other killsâ€¦ and it continues.

What about the romantic relationship between Karna and Rosamalar (Abarnathi), for example? Rosa is apparently fiery, so when Karna first sees her, she tries to attack her with a sickle. Karna replies: “Naane itemkaaran!” and threatens to cut it instead. Later, he compares his sweat to â€œneiâ€ and continues by chanting â€œKoththu barotta, unna koththa varattaaâ€¦â€ With a small act of giving, perhaps intended to justify his name, he wins it, and yet, later, suggests to her friends that this is a tactic to “fix” her.

Meanwhile, Rosa, like many Tamil movie heroines with multiple personality disorders, transforms into a caring, lukewarm lover, whose goal becomes to take care (read “tousle the hero’s hair, while he lies on his knees and recovers from the guilt and grief â€). The prison isn’t really concerned with giving characters strength or personality. Its basic purpose seems to be simply to manipulate you so that you feel a connection, however tenuous, to the film.

That’s why from the start, he shows us a dangerous police detective, but gets busy trying to make us laugh by making fun of his hemorrhoidal infection. That’s why he shows us a delicate and emotional reunion between friends, but is busy making it a friendship song opportunity with alcohol. This is why he establishes a female “goravamaana” who may or may not have a purpose in the film – Karna’s mother (Radhikaa) – but works to make her the victim of a laughable fate.

A character named Karna and an evil policeman named Perumal reminded me of the Karnan of Mari Selvaraj. All the aerial shots of the slum geography reminded me of Pa Ranjith films like Madras and Kaala. As Karna, almost deliriously, begins to dance for no real reason, I thought of Kadhal Kondein from Selvaraghavan. But in reality, it was all me, caught in a movie that I felt no connection to the characters, trying to recall memories of better movies.

The prison does not have the human interest and the emotional depth to truly analyze life in the locality; he lacks the patience to dig into social problems beyond rudimentary, almost exploitative mentions. Instead, he’s busy mixing up songs, unoriginal twists and practical resolutions. You keep hearing “machaan” and “machi” while Karna, Rocky and Kalai are talking to each other, but does this movie ever make you care about them? How has prison time changed Kalai? How did the long separation affect their friendship? How did Karna and Rocky deal with this separation? What binds them together anyway? There is no time to answer these questions, and yet the prison has time to play its evil cop with hemorrhoids by calling a woman called “Nirmala”, “Nirmoola”.

He has time to have Rosamalar talk about an â€œAudi ownerâ€ flirt with her, and revel in her rejection of him because he was bald. The real prison, when you are exposed to such attempts at humor in a film supposed to celebrate equality and empathy, is the movie theater.