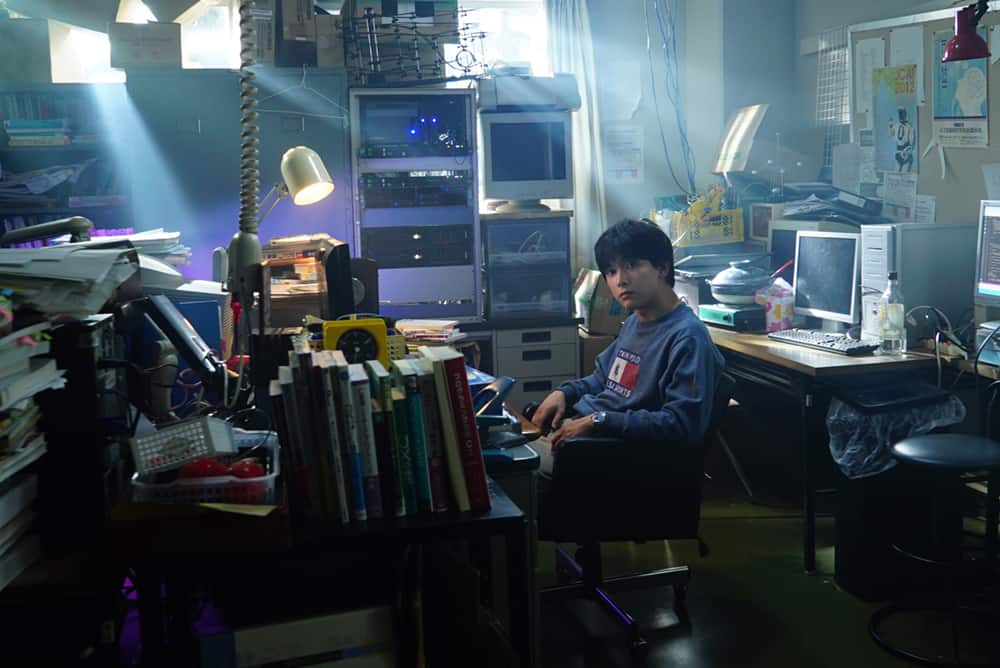 Loosely inspired by the dramatic “AWAKE match” at the World Computer Shogi Championships (Den-O-Sen; a private match between a professional shogi player and computer shogi software) in 2015, “Awake” is the first full-length feature film by Atsuhiro Yamada, which was selected out of 241 submissions to win the inaugural Kinoshita Group New Director Award Grand Prize.

As a child, Eiichi wanted to become a professional shogi player and attended a training center run by the Japan Shogi Association. In the center, he couldn’t beat Riku, essentially his rival, his disappointment eventually leading him to give up. A few years later, he enrolls in college, but without shogi he seems unable to dedicate himself to anything, having no friends and even ending up in the police station after a fight in a restaurant (again involving shogi). One day, however, he comes across an AI-based shogi computer program on his father’s laptop, which proves much harder to defeat than he ever imagined. This piques his interest in computer programming, eventually bringing him to his university’s AI research club and senior student Isono, the two soon devoting their full efforts to creating the ultimate shogi AI. After many tribes and tribulations, a few years later, their program begins to win against human shogi players, and gradually becomes famous, along with them. The ultimate challenge, however, comes when he is challenged to face Riku, who has become a top professional in the meantime.

Atsuhiro Yamada is directing a film that does not require knowledge of shogi, since the focus here is on events and characters, rather than the game itself. Other than that, however, the most interesting aspect is the rivalry of the two main characters, and especially how it transforms, but also transforms Eiichi, who matures and finds purpose in life through his efforts to surpass Riku. At the same time, the struggles of becoming a professional shogi player and the crushing disappointment that comes with that failure are examined in some detail here, even if the initial feud eventually turns into a one-sided perspective, that of Eiichi. The benefits of friendship, as in the case of Eiichi and Isono and the benefits of trying hard for your goal, cement the context here.

On the other hand, the lack of in-depth analysis of either protagonist (even more so for Riku) results in characters that are hard to sympathize with, stripping the film and the “final battle of the impact she could have, despite Yamada’s best efforts. to make it a fight between man and machine, which is also not very well presented. This epidermal approach detracts from the film considerably, even if there are enough elements here to keep it interesting for the majority of its duration.

Most important, aside from the aforementioned comments, are the visuals, with the combination of Tetsuo Imai’s cinematography and the work done in the SFX resulting in a series of impressive sci-fi style sequences, as social media reactions are included in the on-screen action. Additionally, the inclusion of music in a number of scenes and the overall fast pace results in a series of moments that feel like a music video, with the sum of all the aforementioned elements adding a lot to the entertainment offered by the film.

Finally, Ryo Yoshizawa as Eicchi and Ryuya Wakaba as Riku do a compelling job in their roles, on par with the overall aesthetic here, even if their roles aren’t that demanding.

Despite sort of a wasted chance to delve deeper into the characters and their rivalry, “Awake” comes across as a very easy-to-watch movie that aims for entertainment and definitely succeeds.