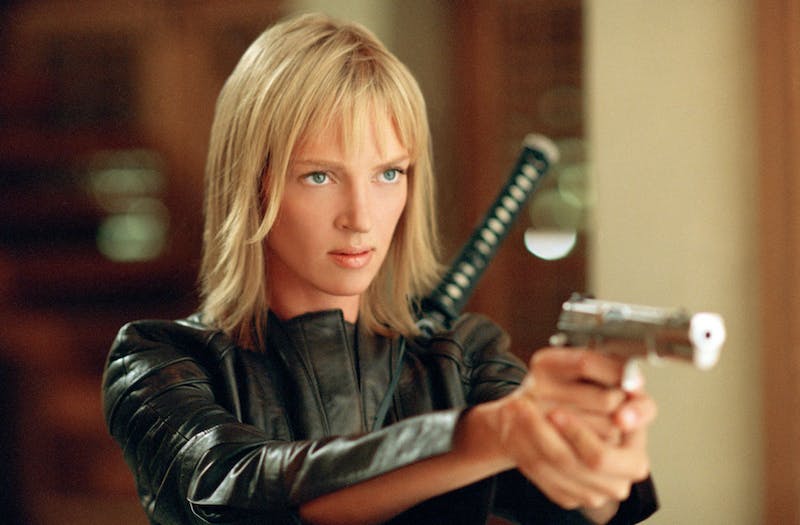 Editor’s Note: This article contains spoilers for stay close and The invisible Man, as well as discussions of stories of sexual assault in movies.

“Stay Close” is trending on Netflix, but the series – based on Harlan Coben’s 2012 crime novel of the same name – fails to release its original text from the past decade. The twisted whodunit ending, while technically well executed, is out of step with our ever-evolving conversations about justice. This reflects a larger problem in film and television.

When men craft female revenge narratives, they often miss the mark, focusing on punitive violence rather than more nuanced, convoluted, or unsettling perspectives. It’s not only a dangerous portrayal of what justice should look like, it’s also downright boring.

I am not the first to say this. After the release of Netflix’s #MeToo-era “The Perfection” (2018), Vox writer Aja Romano wrote that it “exploits[s] the very survivors he is trying to raise. In the film, directed by Richard Shepard and written by Shepard, Nicole Snyder and Eric C. Charmelo, two women who were systematically abused in their music conservatory return to do violence to their attackers. This choice has consequences: even if their mission succeeds, each woman loses a limb in the process. So what is this revenge for these women?

Another cultural writer, Cate Young, asserts: “There is a chasm between justice and what ‘The Perfection’ imagines. Here, violence does not exist for catharsis, but for spectacle.

“The Invisible Man” (2020) repeats this gaffe. Despite a jaw-dropping performance from Elisabeth Moss and direction that took the jump scare from cheap tactic to standout horror, the film fell flat thematically in its final moments. The title character is haunted throughout the film by her abusive ex-partner – an inventor who creates an invisibility suit and uses it to track her down and question her reality.

The film ends, not with any sort of healing or restoration, but with her donning the costume herself to kill him. By taking revenge, the victim is brought to assume a part of his aggressor.

This trope transcends genres. “Kill Bill: Volume 2” (2004) ends with the character of Uma Thurman killing her former boss and lover using the training he forced her to undergo. The titular investigator of “The Girl with the Dragon Tattoo” (2011) sodomizes her rapist. Jamie Lee Curtis’ character in “Halloween Kills” (2021) is obsessed with murdering murderer Michael Myers. In “Three Billboards Outside Ebbing, Missouri” (2017), a grieving mother seeking justice for her murdered daughter decides to track down a man who – though horrific and possibly a killer – has never met his daughter.

These films – almost entirely written by men – present themselves as feminist, but merely illustrate masculine notions of power and prison notions of justice. There is an unambiguous villain who needs to be punished. Now, instead of the victim’s father à la “Taken” (2008), the mother or the victim himself will inflict the punishment. The necessity of prisons and reprisals is rarely questioned. “Stay Close” is no exception.

The miniseries and, as we will eventually see, the murders at the heart of it are directed by women. In the latest episode, we learn that the real culprit behind most of the murders was a female serial killer, Lorraine, who targeted useless men, from sleazy womanizers to outright abusers.

Like many women in this trope, she changed when she was abused in a controlling and abusive relationship. First she killed her attacker, then she felt compelled to kill again once a year to punish other villains. Thing is, she’s dying of cervical cancer. Before she was even discovered, Coben sentenced her to death.

These stories all start with a man taking control of her own life away from a woman, but they don’t end with her regaining control. “Stay Close” ends with Lorraine being arrested. Her attacker controlled her in life and even in death, he robbed her of her freedom and condemned her to die in prison.

Rather than healing or regaining control of her own life, Lorraine’s character growth is advanced by exerting control and power over others. This pattern repeats itself in films like Ari Aster’s “Midsommar” (2019) and Michael Mohan’s “The Voyeurs” (2021).

We are challenged to support these women by the invisible men behind the camera, but while their cinematic visions are often captivating, their insight is shockingly limited when it comes to asking what justice is. This scarcity is the result of a lack of imagination.

The Black Lives Matter movement and abolitionist calls to divest from the police and prisons have already begun to shape the kinds of stories that are being told in the mainstream. But there’s still so much room to expand the way justice is explored and portrayed in movies.

Compared to the volume of media devoted to violent retaliation, there has been little film or television exploring restorative or transformative justice. Unsurprisingly, much of the work that explores complex issues of accountability, mercy and justice are documentaries, such as Attiya Khan’s “A Better Man” (2017) or Chico Colvard’s “Family Affair” (2010) . Or even movies based on real events – think ‘Spotlight’ (2015), ‘Philomena’ (2013) or ‘Bombshell’ (2019). Real life has a way of imposing nuances on stories that we wish were sharper.

In practice, vigilante faux-feminist antiheroes can highlight the oppression women face, but they rarely serve to uplift women. That’s not to say that women or even feminists are monolithic in their approach to justice, but it’s clear that women are usually the very filmmakers who overturned this trope.

Ana Lily Amirpour’s “A Girl Walks Home Alone at Night” (2014) and Patty Jenkins’ “Monster” (2003) feature revenge killings that downplay the violence itself in favor of the freedoms gained as a result of that violence . While Marvel “Jessica Jones”, created by Melissa Rosenberg, replicates the simplistic justice typical of the superhero genre, Jones’ titular character development is less about her super-strength and more about learning about life after being controlled by the spirit.

Sofia Coppola’s “The Virgin Suicides” (1999), Sara Colangelo’s “The Kindergarten Teacher” (2018), and Adrienne Shelly’s “Waitress” (2007) all directly subvert the expectation of violence as justice, highlighting featured women stuck in their growth and freedom. look for ways to regain control.

We deserve more of these subversive, interesting and complicated takes. Film is an artistic medium that should broaden our understanding of what it means to seek justice, to heal from the evil and contradictions of human beings. But when we’re served the same tired formulas, even in compelling new packaging, our imaginations will only be limited.

To get the day’s news and headlines delivered to your inbox every morning, sign up for our email newsletters.