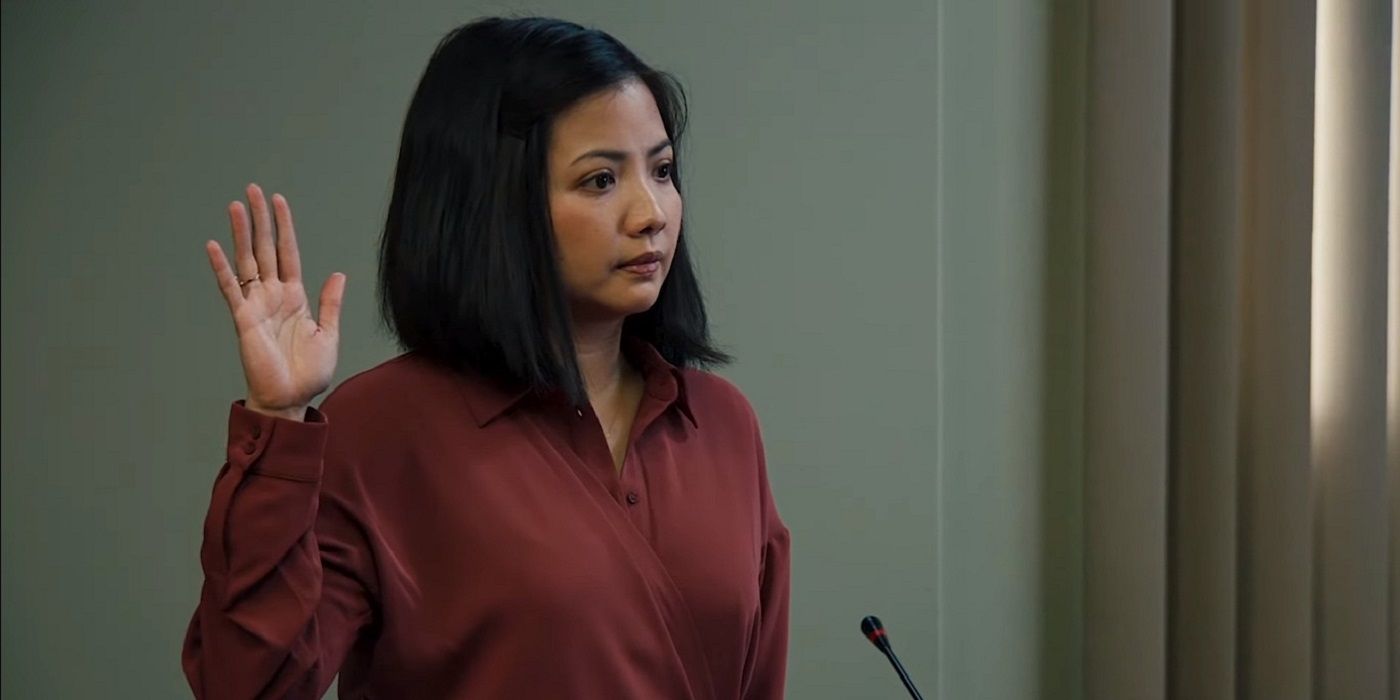 Deadline recently unveiled the first trailer for The courtrooma new drama Succession star, Arian Moayed, which documents a woman’s journey through the deportation process. The trailer shines a light on the harrowing emotional proceedings that can take place between the black and white of the law. A feature-length adaptation of the critically acclaimed play by Moayed, the film will premiere at this year’s Tribeca Film Festival as an Official Selection on June 16.

The courtroom focuses on a Filipina immigrant, Elizabeth Keathley (Kristin Villanueva), who faces deportation after accidentally registering to vote on her K3 visa. With a newborn and a husband at home, the result of the procedure will change her life forever, even if her mistake was minor. What followed An Innocent Mistake was a brutal, maze-like six-year process with his life constantly at stake. In order to capture the cold and insensitive nature of the American immigration process, all of the film’s dialogue was verbatim excerpts from trial transcripts.

Everything on The courtroomThe first trailer for is suffocating, from the low, tense tone played in the background to the dreary courtroom decor and the lawyer’s constant harassment to secure an admission of guilt and enforce national law. Villanueva says very little, but she easily expresses the confusion and distress that such a situation can cause. It’s clear from the start that this was all just a small mistake made by someone who doesn’t yet fully understand the laws and procedures of the United States, but in the eyes of the law, it might as well to be a hardened criminal. His attorney points out how ridiculous it is that a misunderstanding immediately warrants the harshest possible sentence for an immigrant. In real life, when Keathley finally won his case, it raised awareness of this ridicule and led to widespread changes in election law.

Moayed’s stock rocketed into the stratosphere after starring as Stewy Hosseini in Succession. He has since landed a lead role in Invent Annaa place in Spider-Man: No Coming Homeand a recurring role in Love life Season 2 opposite William Jackson Harper. The subject of The courtroom hits particularly close to home for the writer and actor who has also been subjected to the unresponsive immigration system:

As an immigrant who has experienced first hand the hardships of surviving in a new land, the truth of what this journey is usually stranger and more compelling than fiction. Making this film, which tells the story of immigrant Elizabeth Keathley and her attorney Richard Hanus, is one way I wanted to bring people closer to the challenges of navigating the bureaucracy of the United States immigration system. Thanks to Lee Sunday Evans’ bold idea of ​​how to create the film’s visual language, audiences have a very rare opportunity to understand the experience of an immigrant going through the maze of the immigration system. As artists, our goal is to reveal something much larger about the dynamics of immigration by focusing on this very personal and intimate story. The transcripts of The courtroom have tested us all.

The courtroom arrives in Tribeca on June 16. Check out the trailer below to see the harrowing court proceedings for the immigration case: