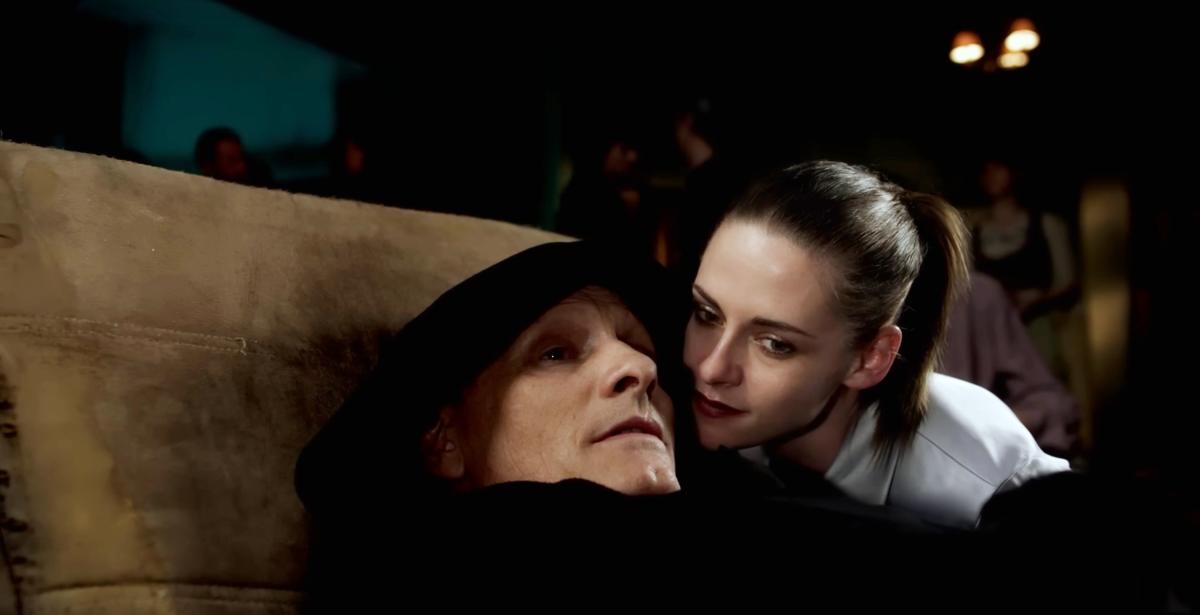 The Cannes Film Festival is renowned for offering the best of international cinema each year, but it is even After famous as the place where audiences stage walkouts in the middle of a movie when they see something they don’t like. At the edition that just ended this year, all eyes were on David Cronenberg Future Crimes as the film most likely to inspire viewers to flee for releases. The acclaimed Canadian author himself predicted this kind of mass exodus ahead of the festival, certain that his beautifully cynical and typically provocative vision of a dystopian future would be too tolerable for some moviegoers.

In the end, however, only one person walked out of the film’s big premiere at Cannes… and that was Cronenberg himself. “I had to pee,” he told Yahoo Entertainment with a laugh. “So the only one who got out of the movie was the director! I can’t say I’m disappointed – I make movies for people to stay and watch.” (Watch our interview above.)

It should be noted that fifteen people reportedly walked out of a separate press and industry screening, prompting felonies co-star, Kristen Stewart, to rally behind her director. “Every gaping, freaky bruise in his films makes me open my mouth. You want to lean on it,” the actress remarked at a press conference in Cannes. “And that never pushes me away. What I feel is through a really visceral desire and that’s the only reason we’re alive. We’re bags of pleasure.”

Cronenberg himself is willing to give fleeing reporters the benefit of the doubt. “It’s completely normal because they come in and out,” he explains. “Sometimes they write about another film, and sometimes they just come out of curiosity.” The director also says his initial prediction about bigger walkouts was based on his experience screening his 1996 film, Accidentat Cannes.

“That movie had a lot of walkouts,” he recalls. “I think about a quarter of the audience left. Really, they were outraged and I thought, ‘Wow, maybe this will happen again. Honestly, I never know how the public will react. People say, ‘What do you want the audience to feel or do after seeing your film?’ And my answer is, ‘I have no idea.'”

The audience certainly has all kinds of feelings coming out of Future Crimes, which opened in general release immediately after its Cannes debut. Set in a future plagued by climate change that has altered human biology, the film follows famed performing arts duo Saul Tenser and Caprice (Viggo Mortensen and Léa Seydoux), whose unique specialty is growing new organs. which are then extracted for public view. Stewart plays a National Organ Registry investigator and ultimate organ growth fangirl who delivers the bit of dialogue that becomes the film’s tagline: “Surgery is the new sex.”

Although Cronenberg wrote the felonies script two decades ago, it functions as something of a career high point, reminiscent of the themes and imagery he employed in “body horror” favorites such as Scanners, Fly and Existence. Not that he ever applies that label to his own work. “‘Body horror’ is not my term, and I wouldn’t describe my work that way at all,” he says. “Honestly, the genre issue for me is a marketing issue…but not a creative issue. It doesn’t give me anything to help me improve the movie or make the movie at all.”

Instead of a body horror movie, Cronenberg instead considers felonies as a modest proposition to modern moviegoers about what we’re going to do with the plastic that fills landfills and oceans around the world. In the film, some humans have even evolved to be able to consume plastic; such is the case of a young boy named Brecken, whose mother is so annoyed by the child’s eating habits that she kills him. His body is later claimed by his father (Scott Speedman), who offers Saul and Caprice the chance to perform an autopsy in front of a paying audience.

“I say to the audience, ‘We’re destroying the Earth with plastic, so what do we do with it?'” Cronenberg explains. “We are now finding microplastics in our bloodstream, something I didn’t know about twenty years ago. But I anticipated that we might say, ‘What if we could eat plastic? What if we could actually use it for something?” So that’s my proposition. I accept that it may be satirical, it may be absurd, but I ask my characters to take it seriously.”

Although Cronenberg balks at the term “body horror”, Future Crimes is not for the easily put off. The surgery scenes in particular could cause some squirming – especially the final scenes where Saul performs Brecken’s autopsy. It was then that Mortensen and Seydoux, normally unfazed, felt a pang of fear. “I was scared when I saw Brecken’s body,” said the no time to die the star admits. “It was very real and shocking.”

“When you first saw him lying there, there was something really disturbing. [about it]“, adds Mortensen. “The crew was very quiet. You know it’s not real, but it really feels so real.”

Future Crimes is Mortensen’s fourth collaboration with Cronenberg after their partnership began in 2005 A history of violence. And the actor specifically infused Cronenberg-isms into his performance. “There are these sounds he makes sometimes, and I took some of them,” he reveals. “He has digestion and breathing problems, and can’t sit or stand without having to change positions – he’s uncomfortable in his body.”

“It’s also his sense of humor,” Mortensen continues. “Saul has a very dry, smart sense of humor and David is like that. He often says things without a smile which are actually very funny; you walk away and a minute later you say, ‘Oh, I see: he laughs at me!’ So I borrowed some of it.”

While much of the pre-release press surrounding felonies Focused on potential walkouts, Cronenberg hopes the general public looks beyond “shock value” and sees a more complex, layered piece. “I never thought of it as a horror movie,” he explains. “That’s never what I felt like I was participating in. When you sit down and watch the movie – and Kristen said that too – it’s very sweet. It’s really a story of love, and I think that gets lost in the middle of things that become the header lines.”

— Video produced by Anne Lilburn and edited by Jimmie Rhee