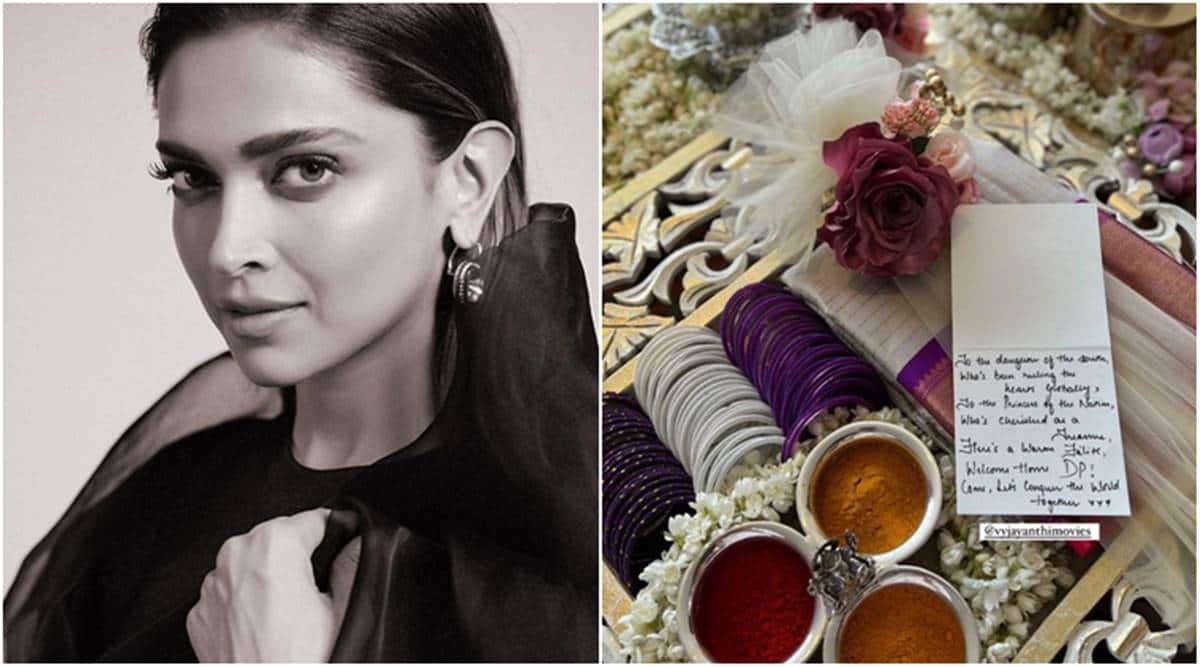 Mahanati director Nag Ashwin and his crew warmly greeted Deepika Padukone on Saturday as she joined the shooting of her next film. Deepika shared a photo of her welcome basket on Instagram which contained a traditional Kanchi pattu saree, kumkum, haldi, bracelets and flowers.

The giveaway also featured a short note written by the team at Vyjayanthi Movies. â€œTo the daughter of the South, who reigns over the hearts of the whole world. To the princess of the nation, darling like a treasure. Welcome to the DP house! Come, let’s conquer the world together, â€the note read. The creators also shared the photo on their social media accounts and welcomed “Queen” Deepika on board for Nag Ashwin’s next one, which is tentatively titled Project K.

Project K marks Deepika’s first film with Prabhas. It also stars Amitabh Bachchan in a central role. Earlier this year, on Guru Purnima, Amitabh Bachchan delivered the muhurat blow of the highly anticipated Prabhas-starrer. Prabhas shared a photo of the sets and named Bachchan the â€œGuru of Indian Cinemaâ€. â€œOn this #GuruPurnima, it’s an honor for me to applaud the Indian cinema guru!â€¦ It starts now !! #ProjectK, â€he wrote with the photo.

Later, Amitabh Bachchan shared the same photo of the Prabhas star’s sets and called his co-star an “icon” who “created cinematic magical waves across the country and the world with Bahubali”.

Speaking about the film, director Nag Ashwin previously shared in a statement, “I’m very excited to see Deepika playing this character. It’s something no traditional leader has done before and will be a surprise to everyone. The pairing of Deepika and Prabhas will be one of the main highlights of the film and the story between them, I think it will be something audiences will carry in their hearts for years to come.