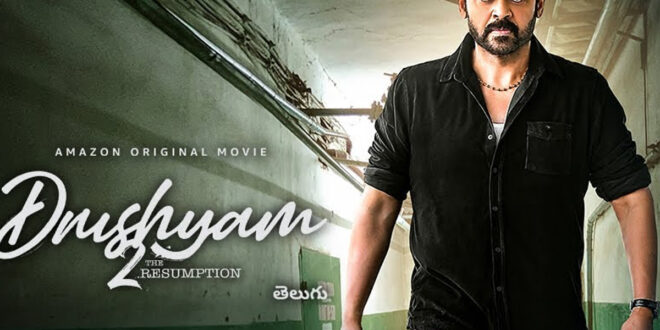 Venkatesh and Meena are back with Drushyam 2. Original director Jeethu Joseph also directed the Telugu remake. Let’s see what Drushyam 2 is all about and what the trailer is like.

What is it about?
Cable TV Rambabu (Venkatesh), which misled the mystery of the murder of Varun Prabhakar implicated in his eldest daughter six years ago, has returned to a normal life. His family too. As Rambabu is still passionate about cinema, he started a theater and wants to get into film production. However, the police department did not forget about Varun’s disappearance / death case which has several unanswered questions. Varun’s parents (Naresh and Nadhiya) are also not in the mood to give up. The police department is waiting for the right moment to re-corner Rambabu and his family as they are free. Will the cops solve the mystery of Varun’s death and catch Rambabu’s family?

Analysis
The trailer is true to the story of the film. It perfectly sets the tone and mood of the movie without any deviation. Venkatesh as Rambabu shines in the role, as does Meena. All the actors seem to have done their best. Director Jeethu Joseph also appears to have successfully recreated Drushyam’s magic in the sequel. The element of curiosity is preserved intact. The trailer promises to be an intriguing thriller. The film seems to have good technical and production values. The background score is consistent with the visuals. The makers are releasing Drushyam 2 on November 25 on Amazon Prime.

Good bounce, but still too many “self-inflicted injuries” in the red zone

Eurythmics: Fluid genre music ahead of its time