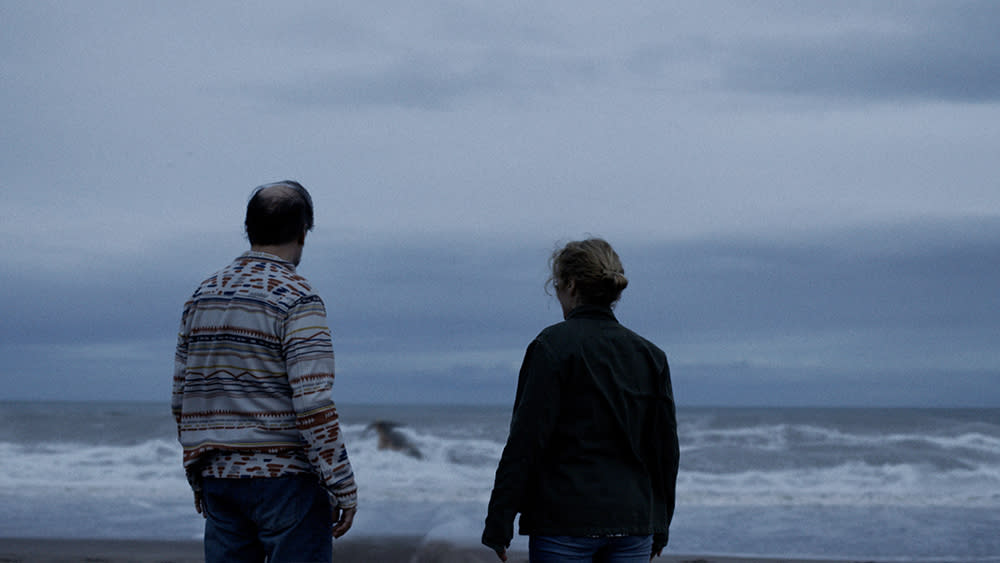 Ivan Fund’s “Dusk Stone” (“Piedra Noche”) tilts its trailer in Variety on the eve of his world premiere at Venice Lido, where he participated in the Venice Days sidebar (Giornate degli Autori).

The Elle Driver international sales relay will also participate in the Horizontes Latinos du Festival de San Sebastián and in Biarritz where it opens the French festival.

“Dusk Stone” revolves around the mysterious disappearance of a young boy near his family’s beach house. His parents return almost a year later to sell the house, but as they pack their bags to move, the father claims to have seen and encountered a strange creature that local fishermen have been talking about for years. He thinks he looks like Kaiju, the mythical creature his son created on his video game console before disappearing.

Shot on a few Argentinian beaches, the trailer opens with the grieving parents, played by real-life husband and wife actors Marcelo Subiotto and Mara Bestelli, as they realize their son is gone and are later puzzled that his video game, despite being retrieved from the bottom of the sea, continues to play the Kaiju game.

Chilean Alfredo Castro, star of the 2015 winner of the Venice Golden Lion “From Afar”, who plays their real estate agent, talks to them about the urban legend while the mother’s best friend, played by Maricel Alvárez (“Biutiful, “To Rome with Love”) arrives to give comfort and help with the packing.

For Fund, “Dusk Stone”, his eighth feature film, is the culmination of everything he has learned while directing his previous films. “I found a balance here that I didn’t feel I had in my other films,” he said. Variety. “It’s a film I’ve always wanted to make,” he added.

As in his previous films, music is a key element in “Dusk Stone” where a lush orchestral score composed by Chilean Francisco Cerda is practically another voice in the film as it advances the plot. “It was my first time working with a full orchestra and it was quite a challenge,” said Fund who is a musician himself.

The original screenplay for “Dusk Stone” is by Santiago Loza, a distinguished full-fledged filmmaker and longtime Fund collaborator, as well as Fund and Martin Felipe Castagnet. This provided the actors with a story format instead of a script in which their dialogue was included, but also left a lot of room for improvisation.

The best of variety