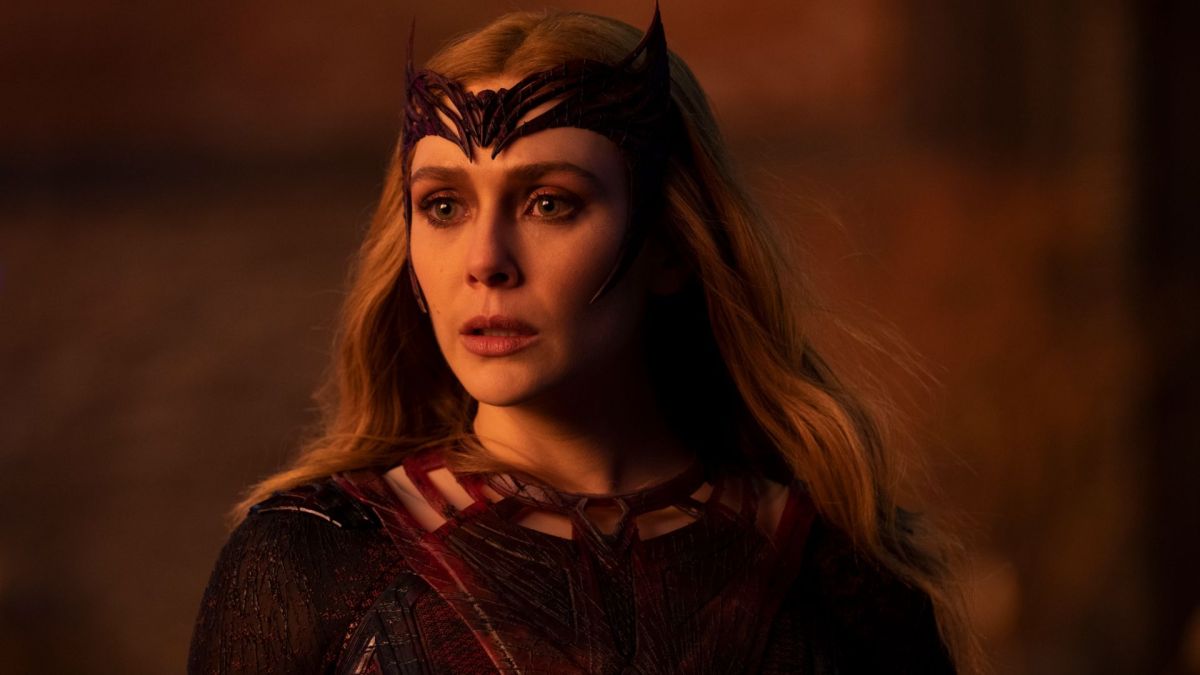 Please wait. Elizabeth Olsen’s Scarlet Witch glued us to our screens in Marvel’s first Disney Plus show, WandaVision, and now she returns to the big screen in Doctor Strange in the Multiverse of Madness. But a lot has changed since Westview. For one thing, the multiverse opened up thanks to Spider-Man: No Way Home – an event that leads to Doctor Strange asking for Wanda’s help.

“We find her in a place of trust that we haven’t seen and a place of clarity,” Olsen told Total Film and GamesRadar+ on Zoom while discussing her character. “There is a lot to learn at the end of [WandaVision]. Although she’s in charge of Westview and has to flee, I think there’s a part of her that feels some sort of resolve to allow her destiny to be that mythical Scarlet Witch wife.”

This clarity extended to Olsen’s own treatment of the character. After wrapping up WandaVision, she almost immediately flew to London to film Multiverse of Madness – yet she was one of the only people on set who knew how Wanda’s journey would take her in the Doctor Strange sequel.

“We literally finished WandaVision on a Wednesday and I flew to England on Friday to do this movie,” Olsen said. “I had just experienced a lot of WandaVision, but no one else on Doctor Strange had. He was trying to continue as much as possible of what we had done and learned in this film.”

To keep things consistent, Olsen says there were constant conversations between Doctor Strange writer Michael Waldron and WandaVision writer and creator Jac Shaeffer, “so that there was understanding and overlap.”

“We didn’t have any edits to share with anyone because we had just finished filming a few days before,” she continues. “So there’s a lot of overlap and a lot of influence from the WandaVision experiments leading up to Doctor Strange.”

Multiverse of Madness then places Wanda in unfamiliar territory – and with unfamiliar company. Despite having similar powers, Wanda and Doctor Strange have rarely interacted in the MCU. Olsen, however, still believes there is an unspoken connection between the pair.

“I consider them as colleagues who have experienced great events together,” she says. “There’s a mutual understanding of their positions. Also this sense of being normal in the world – I think they connect on that level. There’s a familiarity that goes without saying between the two of them.”

This duo soon becomes a trio, with teenage multiverse America Chavez joining – and their dynamic continues Marvel’s recent trend of introducing new faces (such as Simu Liu as Shang-Chi and Hailee Steinfeld as Hawkeye) and make them bounce more. experienced names.

“She’s so innocent. She really has this positive, youthful energy that she brings that hasn’t been tainted in any way yet,” Olsen says of Chavez’s place in the film. “There is a purity to [actor Xochitl Gomez] as a young woman and to America Chavez. I think there’s a nice contrast when you have these characters that you’ve seen so many times [alongside] that youthful energy.”

Then there is the director. While not an unfamiliar face, Sam Raimi (director of the Evil Dead Spider-Man Trilogy and Tobey Maguire) was cast after Scott Derrickson left the project. So how did Raimi put his own mark on the MCU?

“He’s incredibly collaborative and also very open to what we needed to bring to these characters and how we thought they would interact with the world provided by the script,” Olsen said. “The way he films is unique to him. There are lenses he uses that we haven’t used on Marvel movies before that sometimes add a different sense of discomfort. The way he uses the cameras goes hopefully manipulating the experiences of the audience a bit. Hopefully there’s a sense of thrill.”

Despite Raimi’s terror-tinged background, we shouldn’t expect a razor-sharp slice of genre horror. “It’s still a family movie, hopefully,” adds Olsen. “But I think it’s more about a vibe than trying to recreate a suspenseful horror genre movie. It’s more about the darkness that already exists in the MCU. I think that we’re just trying to play a little bit in that area.”