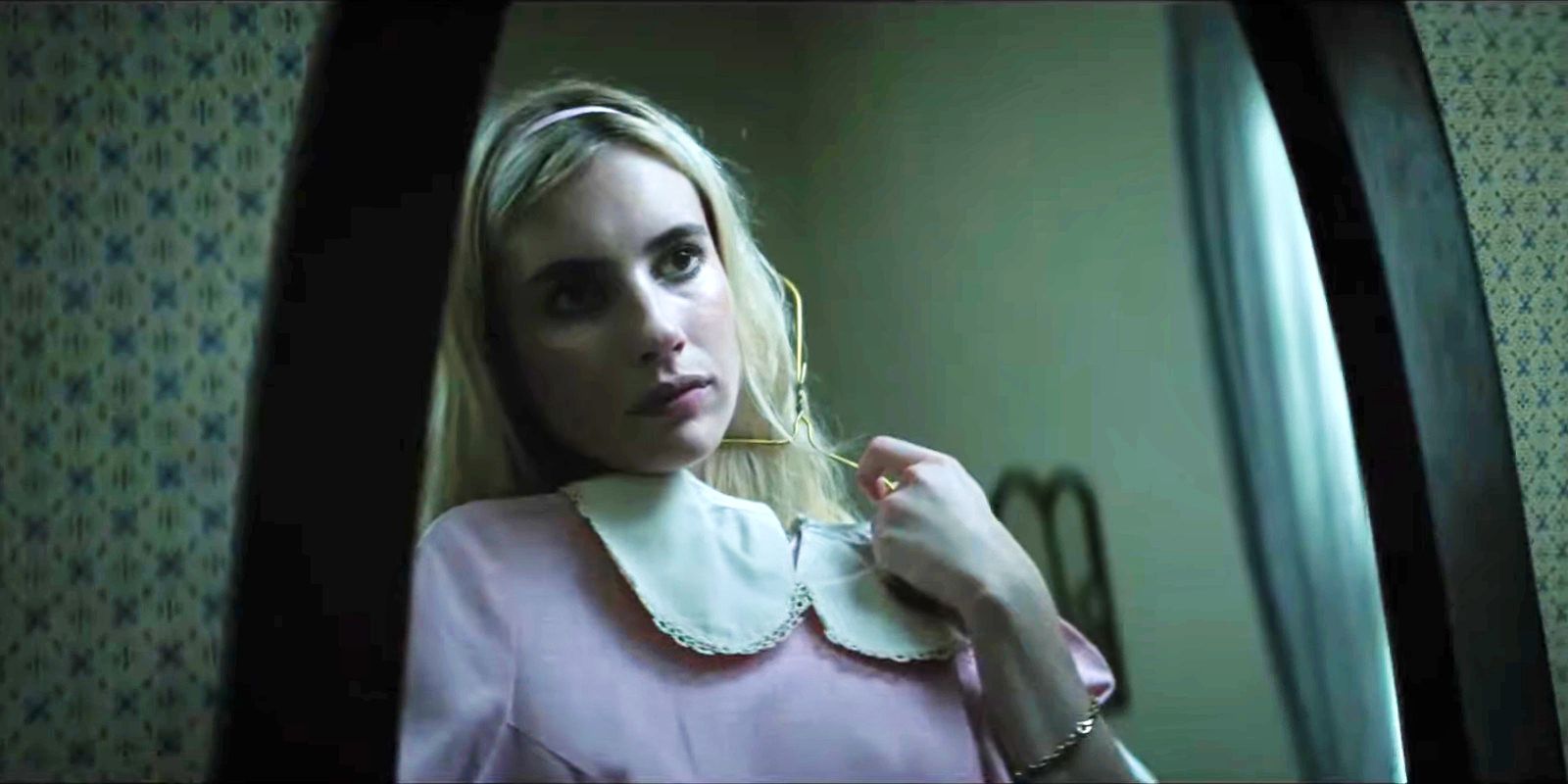 Emma Roberts stars alongside Michael Shannon and John Gallagher Jr. in the trailer for Abandoned, an upcoming horror flick that arrives June 17.

Emma Roberts buys a house that could be haunted in the new Abandoned trailer. The upcoming horror film was written by Erik Patterson and Jessica Scott and centers on a young couple who move into a new house with a haunted past. Starring Roberts as Sara, a young mother struggling with postpartum depression who feels the dark history of the house threatens to tip her into a dangerous psychosis. John Gallagher Jr. stars alongside Roberts as her on-screen husband Alex, joined by Kate Arrington as their real estate agent Cindy and DCEU star Michael Shannon as their suspicious neighbor.

Now the first Abandoned The film’s trailer suggests that the house’s past isn’t a secret to everyone. Produced by Vertical Entertainment USA, the video opens as Sara and Alex arrive at the seemingly idyllic property where the real estate agent reluctantly reveals the tragedy that has occurred there. Undeterred, the couple hastily move into their new home and discover a mysterious locked door leading to an abandoned children’s room. Cue a creepy neighbor and the revelation that Sara may not be taking her medication, and the increasingly supernatural happenings in the house take an even more sinister turn. Check out the trailer below:

Make her screen debut in the 2001 crime film BlowRoberts has since featured in major titles including We are the Millers, adult world and The hunt. She’s also no stranger to horror movies and TV, taking leading roles in slashers and satirical horrors like Cry 4, american horror story and Scream Queensalthough his most recent work includes romantic comedies like Holidays and upcoming feature About fate. Directed by Spencer Squire, Abandoned will see Roberts make an R-rated return to the horror scene on June 17.

Vomit, fighter jets and donkeys: the ups and downs of Cannes