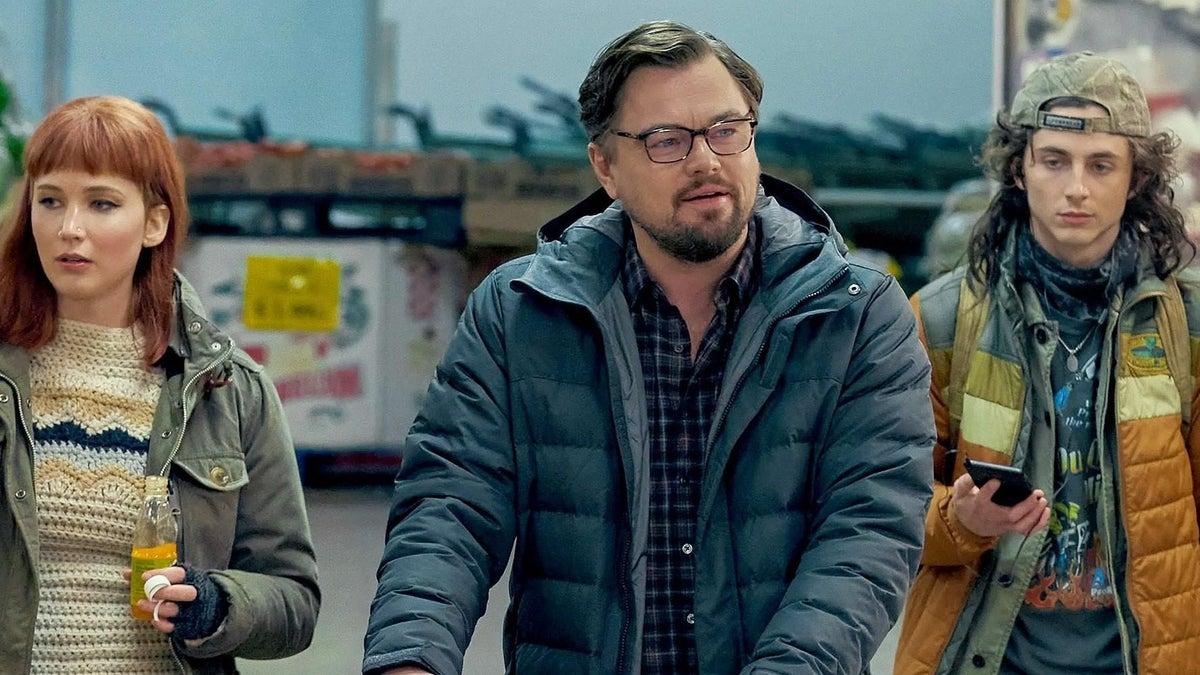 Adam McKay’s “Don’t Look Up” is meant to be a cheeky satire that points the finger at capitalist greed in the age of fake news, but flat jokes and overwhelming cast seriously undermine the film’s mojo.

‘Don’t Look Up’ is a Netflix film that aims to bottle up the chaos and confusion we are all experiencing right now: the result is a jarring and confusing film that does a very good job of capturing the unique blend of exhaustion and anger that we have been dragging for a few years. The events of the end of the world come and go, and we have become numb. It is physically impossible for us to become more worried – we have to turn off the anxiety and enjoy our life in some way. These themes are repeated in the premise of the film; “Don’t Look Up” stars Leonardo DiCaprio as professor of astronomy Randall Mindy and Jennifer Lawrence as doctoral student Kate Dibiasky who discovers that a giant comet is heading straight for Earth. When the two decided to share their findings with the general public, the havoc started.

The film sits on the shoulders of Leonardo DiCaprio and Jennifer Lawrence, but Meryl Streep, Jonah Hill, Ariana Grande, Timothee Chalamet, and Cate Blanchett are just a few of the other names popping up. Beyond the main cast, everyone’s appearance seems forced, and it really doesn’t feel like the characters are coming together or even adding anything to the story. The roller coaster of emotions also makes it very difficult to connect with any of the characters; they all seem to veer from one extreme to the other. Jennifer Lawrence’s character in particular swings between apathy and anger with alarming frequency. She handles an impending apocalypse with grace, but slips into a depressive episode when her boyfriend breaks up with her. To be clear, there is nothing particularly wrong with this; the film just doesn’t take the time to fully explore character development, leaving audiences with a whiplash feeling and an incomplete picture of who Kate Dibiasky is. Each character has their own experiences, but in trying to capture all of their stories, the film is unable to create a compelling narrative and ends up bouncing back wildly. The result is a sort of cacophony rather than the harmony we expect; the story ignites, then suddenly softens; ups and downs come and go, never quite letting you settle in. The film’s editing is also jarring and frantic, going from languid and lingering shots to brutal and panicked scenes.

The themes of “Don’t Look Up” echo those of “Wall-E” or “2012”, with additional attempts to bring a touch of comedy and satire to the mix. Problem is, the movie is just… not funny. There is a bit of situational irony here and there, and the weirdness may shock you, but most jokes don’t fall. For example, there’s a scene where Meryl Streep addresses the country in the face of an apocalypse, but spends most of her speech delving into nationalist ideology and comes out in a shower of fireworks. While this is insane, it pales in comparison to the reality we live in, making it a very ineffective satire. Juxtaposing celebrity relationship news with doomsday news just isn’t that funny in 2021 because we’ve been through it. The political commentary is obvious on the nose and the film begins to drag very quickly, especially with a duration of 2 hours and 20 minutes. Despite its lofty goals, or maybe because of them, “Don’t Look Up” ends up feeling frantic and chaotic and doesn’t bring anything new to the table.