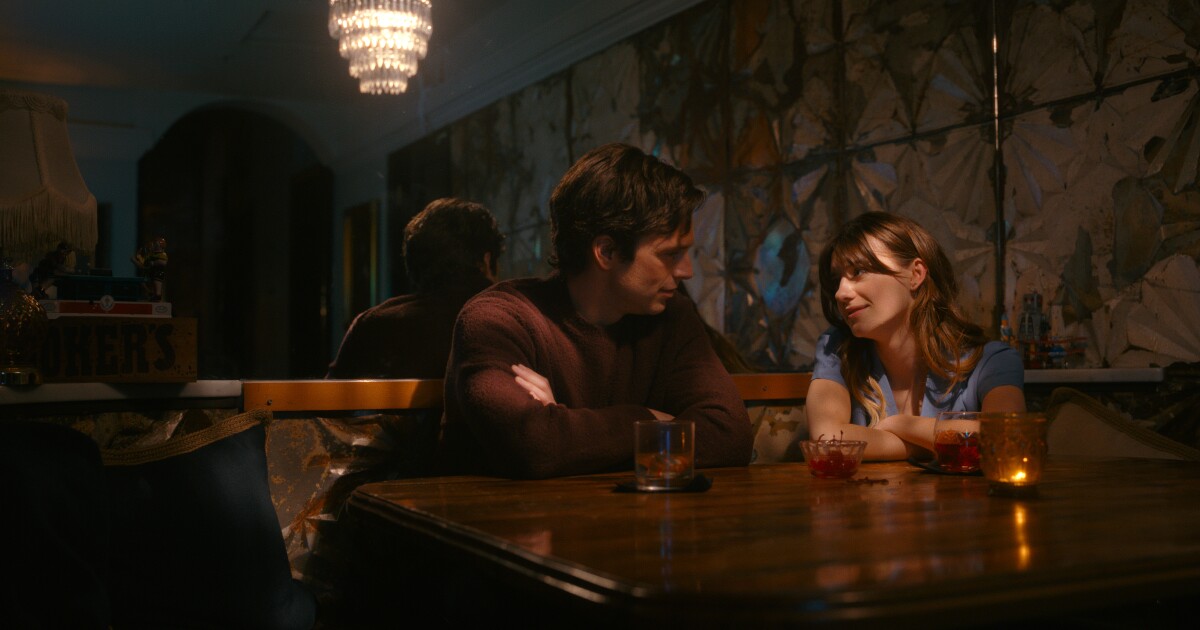 There’s something about a horror movie that prides itself on being a horror movie. “Fresh,” the feature debut from longtime music video director Mimi Cave, knows this and plays with the genre in a devilishly delicious way — and never from a posturing place.

Daisy Edgar-Jones stars as Noa, a woman who has experienced the ups and downs (especially the lows) of dating, from unsolicited photos of guys’ genitals to Chads wearing an indoor scarf. When she happens to meet the sincere and charming Steve (Sebastian Stan) – in the produce aisle of a grocery store, of all places – things seem almost too good to be true, with her best friend, Mollie (Jojo T Gibbs), dubiously remarking, “It’s a straight girl’s fantasy come true!”

As the film’s first 30 minutes set up the modern horrors of dating for 30-somethings and the long-awaited redemptive story arc, “Fresh” topples itself (and its audience) with a sudden change in tone that decisively punctures the world of the story we knew, instead setting in motion a horror movie that confidently refreshes generic conventions.

With a high-energy script from comedy screenwriter Lauryn Kahn, “Fresh” intentionally borrows from both comedy and horror in a way that throws everyone off balance. It not only flirts with the utter disruption of audience expectations, but also with the limits of obscenity as it lands beat after beat of light-hearted humor on its feet in a story world that is in every way macabre. So is its visual style, which is just as playful, amorphous, and intentional as its storyline.

While both elegant and mischievous, he also knows when to back down, allowing for moments of vulnerability and a chance to sit with Steve’s horrific nature. Compared to a film like “I, Tonya” (coincidentally another Stan vehicle), “Fresh”, despite its constant pushing of boundaries, knows how to use its visual style and tone effectively. Here, violence against women is not reveled in or embellished by overly cheerful cinematography, but rather rejects some forms of visual spectacle (while wholeheartedly leaning into others) in a way that supports, even applauded, his women. characters.

While we absolutely witness the gruesome and the grotesque here – it’s certainly not a film for the faint-hearted – “Fresh” knows exactly when and when not to push into its own sinister nature. As the film’s final act picks up pace, he’s aware that his own stakes are too high not to wholeheartedly invest in his final daughters. Just as the movie knows we’re capable of rejoicing in the comedic heights of Stan’s fantastic rendering of Steve, it recognizes that we’d take even more pleasure in the downfall of such a despicable man.

“Fresh,” no doubt, has a bounty of vision and personality, but it’s also a wonderful study in almost rabid compartmentalization in terms of its narrative world, characters, and viewers. He asks us to laugh in the most hideous situations and to humanize the inhuman without losing sight of his own call not only to just revenge but to collectivity. It doesn’t just offer the most enjoyable aspects of horror as a genre; instead, it pushes it to its limits with a complete, and no doubt satisfying, overhaul.