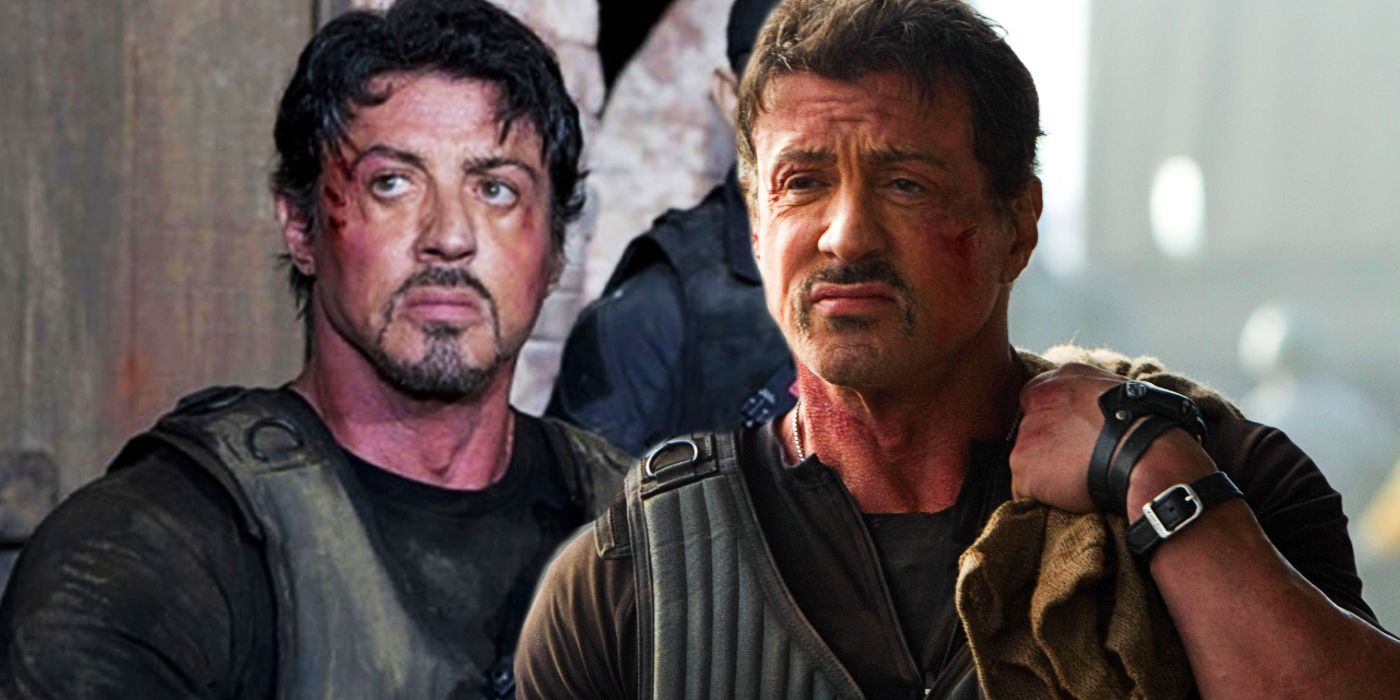 Sylvester Stallone’s cut of The Expendables adds 11 minutes of footage to the film, and one change in particular significantly improves the film.

The director’s cut of The Expendables adds a lot to the film, and two key areas deepen the themes of the film. Originally published in 2010, The Expendables was Sylvester Stallone’s return to ’80s action movies, which Stallone also co-wrote and directed. All the action heroes gathered in The Expendables was a key gimmick, with the film spawning two sequels while Consumables 4 is also on the way.

Stallone Director’s Cut The Expendables arrived later in 2011, bringing with it an additional 11 minutes of footage. The extended version of the film was an improvement in many areas. One area in particular where it benefited was bringing much more clarity to the editing of Jet Li’s martial arts fights. of the film have both been enhanced with soundtrack additions.

In the director’s cut, the opening credits occur as the Expendables return home from their introductory mission. This sequence plays like a newly edited edit on the team, with Sully Erna’s “Sinner’s Prayer” on the soundtrack. It adds a lot to the film’s opening by showing the Expendables as cynical mercenaries who take on missions for pay, but all yearn for redemption. The lyrics include “I’m a sinner, heaven’s closed for what I’ve done“, which plays into the Expendables’ eventual decision to free Vilena from the tyrannical rule of General Garza (David Zayas) and James Munroe (Eric Roberts).

This also leads to the next improvement related to the soundtrack of The Expendables. During the final battle, Shinedown’s “Diamond Eyes” plays, itself a surprising omission from the theatrical version given the extent of its presence in the film’s marketing. Reintegrating the song into Sylvester Stallone’s director’s cut elevates the finale considerably in how it ties the Expendables together. Mercenaries are a five-man squad who single-handedly take on a Despot’s entire militia. Nonetheless, they still overcome incredible odds as a unit that trusts each other and defeats overwhelming odds.

“Diamond Eyes” also returns to the end credits (replacing Thin Lizzy’s “The Boys Are Back In Town” in the theatrical version). Adding the song here makes for a more triumphant ending for the Expendables with the daring and seemingly suicidal mission they accomplished in Vilena. The team even rehabilitated the erratic, former drug addict Gunner Jensen (Dolph Lundgren) and gave him a second chance. As “Diamond Eyes” plays, the team is now whole again as they head towards The Expendables 2.

Gunner himself benefits a lot overall from the director’s cut with a more fleshed out and tragic story, which makes his redemption even better. The Expendables is an overall better movie thanks to the additions and changes to Stallone’s director’s cut. What the inclusion of “Sinner’s Prayer” and “Diamond Eyes” shows is that the soundtrack can make as much of a difference in storytelling as anything else.

NEXT: The Expendables 4 Taking So Long To Happen May Make It Even Better

Growing up, Brad developed an innate love for movies and storytelling, and was immediately drawn to the world of adventure while following the exploits of Indiana Jones, Japanese kaiju and superheroes. Today, Brad channels his thoughts on all kinds of movies, comic book movies, sci-fi thrillers, comedies and everything in between through his writing on Screen Rant. Brad also offers philosophical musings on the martial arts and filmographies of everyone from Jackie Chan to Donnie Yen on Kung Fu Kingdom, where he also had the privilege of interviewing many of the world’s top stunt professionals and hearing many gripping stories about injuries suffered in their line of work and the intricacies of designing the death defiance acts he first delighted in as a youth. When he’s not writing, Brad likes to take a spin with the latest action hit or Netflix original, although he’s also been known to pop up on ‘The Room’ from time to time. Follow Brad on Twitter @BradCurran.

Q&A with Miah Jeffra – The Observer