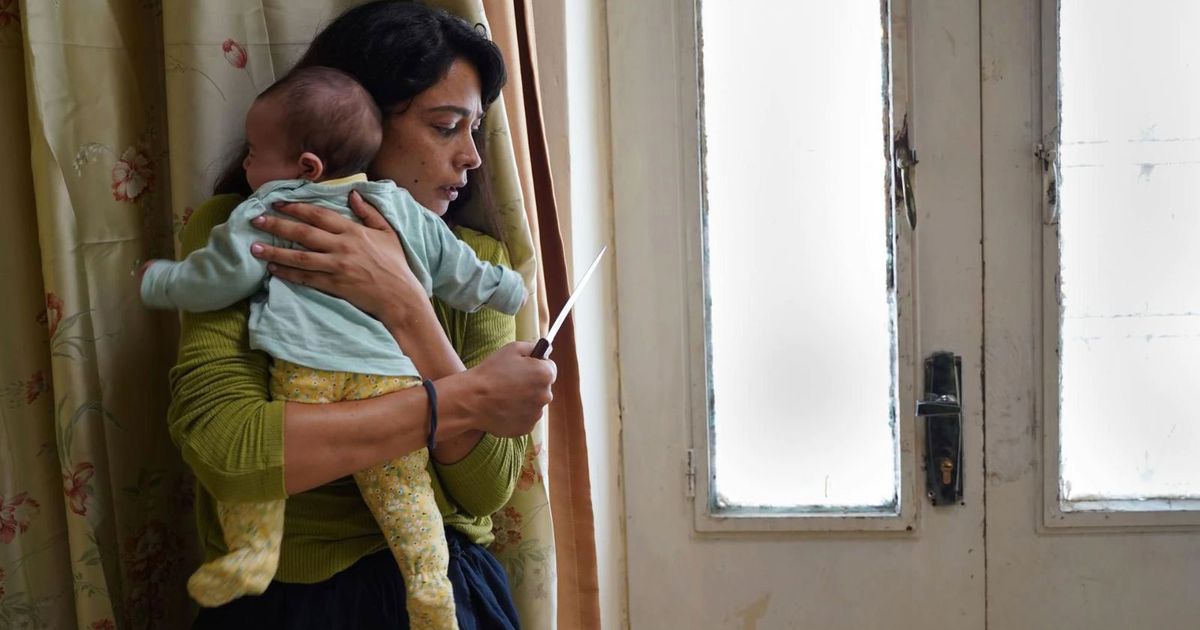 The extremely captivating film by Palestinian director Hany Abu-Assad Huda’s living room begins with a factual description of a plot so bizarre and shocking that it takes a second to find your bearings after witnessing it. Even more startling is the possibility that the conspiracy in question may well be based on fact: in the 1980s, reports leaked that the Israeli secret service was using hair salons for Palestinian women to recruit spies. Clients would be drugged, stripped and photographed in compromising positions with the footage then used to blackmail them or their families for espionage purposes. Surprising, to be sure, and exactly the kind of narrative idea with which one might imagine Abu-Assad to be fascinated. The director regularly explores the surreal social dynamics of the occupation (as he did in the Oscar-nominated films heaven now and Omar), and his films are often set in a world where the monstrous and the mundane coexist in dramatic ways.

And so the long, timed, impressively acted opening shot of Huda’s living room begins with Huda (Manal Awad) starting to do her regular client Reem’s (Maisa Abd Elhadi) hair, and it ends with Reem passed out naked in a back room with a man draped over her as Huda photographs them, the situation having gone from every day to evil with astonishing ease. Huda’s blackmail system works for a simple reason: these women live in a world where the mere suspicion of adultery – even if it’s not proven, or for that matter disproved – is upsetting. That the photos are a setup is almost academic; Reem’s jealous goon of a husband, Yousef (Jalal Masarwa), was already convinced she was having an affair. “How did you choose the girls?” Huda is requested at some point. “I chose girls whose husbands were assholes,” she replies calmly. The evidence suggests she had plenty of options to choose from.

The film intertwines between two narrative threads. Huda, taken by the Palestinian resistance, is interrogated in a dark basement by Hasan (the great Ali Suliman), who has discovered his stash of compromising Polaroids and wants to know more about the women in the photos. Even though he knows the horrific ways they were coerced, Hasan has little compassion for women. He considers it his job to ferret out the spies among them; he compares the process to chemotherapy, which kills healthy cells alongside cancerous cells. Meanwhile, Reem desperately searches for a way to clear her name. Her friends reject her. Her husband will not believe her. The resistance wants to capture her. And because she hasn’t done any actual spying yet, the Israeli secret service won’t help her. It’s enough to make you scream.

Huda’s living room is that cry in some ways. Abu-Assad has done his share of films about the cruel absurdity of life under Israeli occupation, but here he lets everyone else have it. These women are oppressed by everyone. While waiting in a doctor’s office, Reem overhears women talking about how a friend of theirs won’t tell her husband she has breast cancer because he might divorce her. Huda herself is not allowed to see her adult children because of her own divorce years ago after an accusation of adultery. Even though the story takes place in linear time, as we watch the journeys of these two female leads, we begin to realize that Reem is going through a version of what Huda herself once did. (The two actresses aren’t different either, and Abu-Assad makes sure to include a few moments — gestures, looks, lines — that create echoes between the two stories.) It’s the subtle aesthetic idea at the heart of the image. It’s a flashback, but not really.

Huda’s living room represents an interesting stylistic shift for this director. In his previous films, he skilfully used the outdoor spaces of occupied Palestine; heaven now, Omarand The idol are filled with scenes set along city lanes and gates where every piece of land seems contested, where jumping a wall to see his girlfriend becomes a political act, and where the simple contrast between a crowded street and a boulevard sunny can speak the overwhelming angst of a character. This time, Abu-Assad builds the bulk of his film around long shots in enclosed spaces, carefully observing his characters as the nature of their interactions changes, almost like a play. (During one particularly notable dinner with several couples, we watch as the men crack jokes about the women; the mood then sours as the women begin to land on the men.) With Abu-Assad’s camera turned inward, the drama plays out almost exclusively on the actors’ faces. And the slow, intimate frustration of Huda and Reem’s struggles builds and builds until we ourselves begin to feel stuck in a dark prison of the soul. Despite the stylistic sobriety, the rage remains.