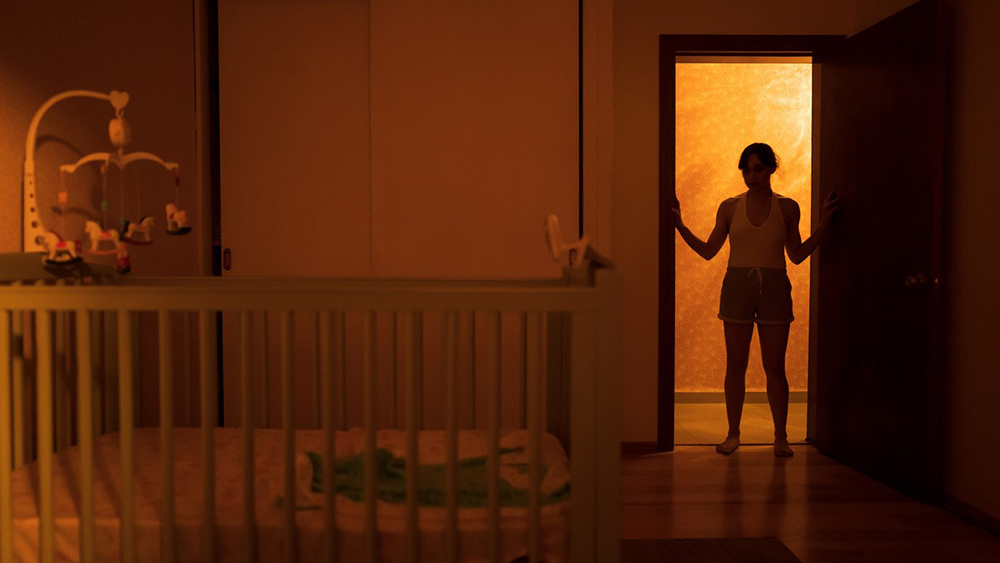 With barely time to celebrate two well-deserved wins – including New Narrative Director – at Tribeca, horror darling Michelle Garza Cervera will be screened for selection at Fantasia with her feature debut “Huesera.” The film will have played at BIFAN and the Neuchâtel Fantastic Film Festival in Switzerland, where it will continue the disturbing tale of Valeria, played by Natalia Solián (“500 million red shoes”), whose dream of motherhood disintegrates as she is cursed by a dark power. As darkness and evil invade her, she is forced to confide in a tradition that may be her only hope.

Three years ago Garza Cervera graced Fantasia with his short ‘The Original’, and ‘Huesera’ sees its themes of love, desire and death revisited in color, now with kaleidoscopic complexity. Cinematographer Nur Rubio Sherwell uses color itself and framing to shape the mood and composers Gibrán Androide and Cabeza De Vaca use sound effects to paint certain moments of silence to chilling effect. Directed by Garza Cervera and co-written with Abia Castillo, “Huesera” is produced by Machete Cine (“Leap Year, La Jaula de Oro”), Disruptiva Films and Señor Z. In another big hidden source, XYZ Films handles the Theatrical release in the United States.

Variety spoke with Garza Cervera ahead of the film’s participation in Fantasia.

Can you tell us about the process of co-writing “Huesera”?

I started writing it in 2017. I learned the family history from my grandmother. I had never heard his story. She was a woman who made a decision similar to Valeria’s. And hearing his story moved me so much that I felt the need to make a film about this kind of process. Then I met my co-writer through a work trip where we were to share a room in Acapulco. Abia is an amazing screenwriter. She gave some notes and I immediately thought, “Oh my God, I need to write with this woman!” In the end, we wrote 13 versions of the script, t3 rewritten. We like working together. We have a TV show together. We have three more films in development. We write everything together and we have a very strong connection with the subject of motherhood and many other aspects of the film.

So it was a very nice process. It was difficult to understand how the entity should work. The huesera in the film is a particular entity; it has its own rules and it took a long time to cook. It went through several phases.

In the film, you use elements of horror and magical realism to tell Valeria’s story. What inspired this approach?

I’ve done a lot of shorts before and everything I’ve done is always horror and genre. I really like. And I love how it gives tools to distinguish physical things from everyday life. And I knew many years ago that I wanted to make my first movie a horror movie. And I thought that topic was perfect to combine with horror. But I always kept in mind that the “horror” was there to serve the process, not the other way around. I never wanted to be like, oh, I want a really scary time. It was always the other way around, so in that moment Valeria feels something and from that feeling, what kind of horror moment can I build? What about something that is mostly a family drama? When we lost ourselves in the horror, we recoiled. And that’s why the horror is very controlled.

How would you articulate how Valeria’s secrets and her story play into her character and story?

I feel like she’s lying to herself. She has made many decisions in her life in order to meet what is expected. For me, it was just really important to have this character who doesn’t want to look inside because she’s afraid to touch those feelings, doubts, and then build a supernatural entity that brings her back to that place. It brings her back to confronting him, to confronting the decisions she has made.

You used color in the movie to change the mood of certain scenes. Can you tell us about your approach to color?

Sometimes we were afraid it was too subtle. But I’m very happy to now hear from people who watch it that they notice it. We wanted to have primary colors at home, like reds, yellows, blues. Something that seems very harmonious, but it’s horrible, you know? And so that’s something the cinematographer and I have always had in mind. We didn’t want any cliches from the dark world of horror. We wanted it to be disturbing. And the cobwebs too, that’s something we really wanted to try to bring into every shot. The cinematographer, Nur Rubio Sherwell, I’ve followed her for years and felt like her sensibility was exactly what I envisioned for the story.