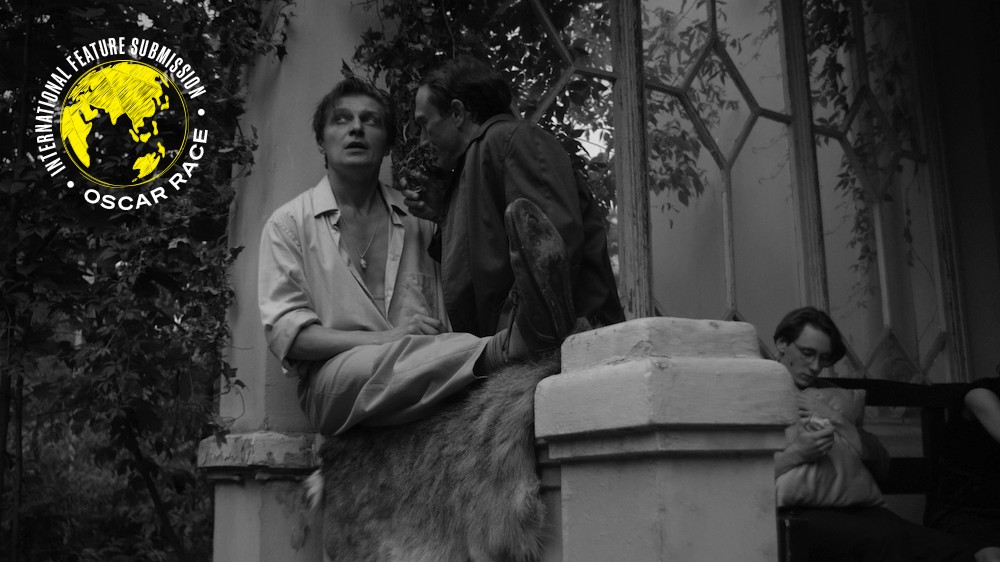 Cinema is a vehicle for investigating historical scars in “Isaac”, a strikingly beautiful drama about a filmmaker who returns to his native Lithuania in 1964 to make a film about a WWII massacre, and finds himself mixed up alongside his classmate in totalitarian problems. Adapted from a short story by Antanas Skema, director Jurgis Matulevicius’ debut feature – Lithuania’s entry into the international Oscar feature film race – is a dark nightmare drenched in buried secrets, unearthed atrocities and of anguished guilt. Its slanting character may prevent it from attracting a large national audience, but such vagueness is an integral part of a work about the lingering and deadly fog of war.

“Isaac” opens with the massacre in Lietukis’ garage in 1941 of 40 Lithuanian Jews at the hands of the Nazis and their local collaborators. Shot in sumptuous black and white (like two-thirds of the film that follows), and with the wandering, wobbly, serpentine camera genre favored throughout by Matulevicius and talented cinematographer Narvydas Naujalis, this scene evokes brutality. filthy “Son of Saul”, culminating in the murder of a local man named Isaac (Dainius Kazlauskas). This incident is a stain on the killer’s conscience and serves as the inspiration for a 1964 film directed by Gediminas (Dainius Gavenonis).

The Lithuanian author is welcomed to his homeland after two decades in America with great pomp and enthusiasm by the establishment, as well as by Elena (Severija Janusauskaite), the wife of Gediminas Andrius’ childhood friend (Aleksas Kazanavicius), who now works as a crime scene photographer and is much less thrilled with the reappearance of his comrade.

Gediminas’ script is so precise that it catches the attention of KGB agent Kazimieras (Martynas Nedzinskas), who quickly comes to believe that Gediminas must have been at the 1941 massacre – and is, perhaps, the Isaac’s killer. Gediminas is thus constantly watched, whether on the set in collaboration with his actors or during a pre-production evening where Gediminas and drunken Andrius bicker over the decision of the former to abandon the country in favor of more democratic shores. . The tyranny of the Communist Soviet state is omnipresent in “Isaac”, evidenced by an encounter between Kazimieras and Andrius at a bar where someone casually mentions the name “Lenin” and, for this senseless mistake, is beaten and dragged out of the establishment on Kazimieras’ orders, while he and Andrius continue their occasional drinking.

Divided into three chapters, “Isaac” swirls and sway in harmony with its characters, whose lack of stability is due both to their constant consumption of alcohol and, in Andrius’ case, to grief and remorse for sins that he has not yet atoned for. Matulevicius’ magnificent chiaroscuro images are reminiscent of Pawel Pawlikowski’s’ cold war ‘, with which she also shares a disturbing sense of the ruin of the Iron Curtain and the inextricable and intractable tension between past and present. Often navigating buildings on the edge of ruin thanks to long and sinuous tracking shots that oscillate and weave through animated or zombie-like characters, the film is akin to a dreamlike landscape of oppressive anguish and agony that cannot be dropped, forgotten or properly put to rest.

Obsession, jealousy and shame end up engulfing everyone in “Isaac”, which – little marked by Agne Matuleviciute and Domas Strupinskas – further creates an atmosphere of terrifying disorientation by having the tormented Andrius meet a variety of real corpses and hallucinatory. Even when his tale encounters a pothole or two (like the initial idea that Gediminas would give up his American freedoms for this totalitarian wasteland), Kazanavicius’ film evokes a surreal vision of the fear and regret of Europe’s the post-war east.