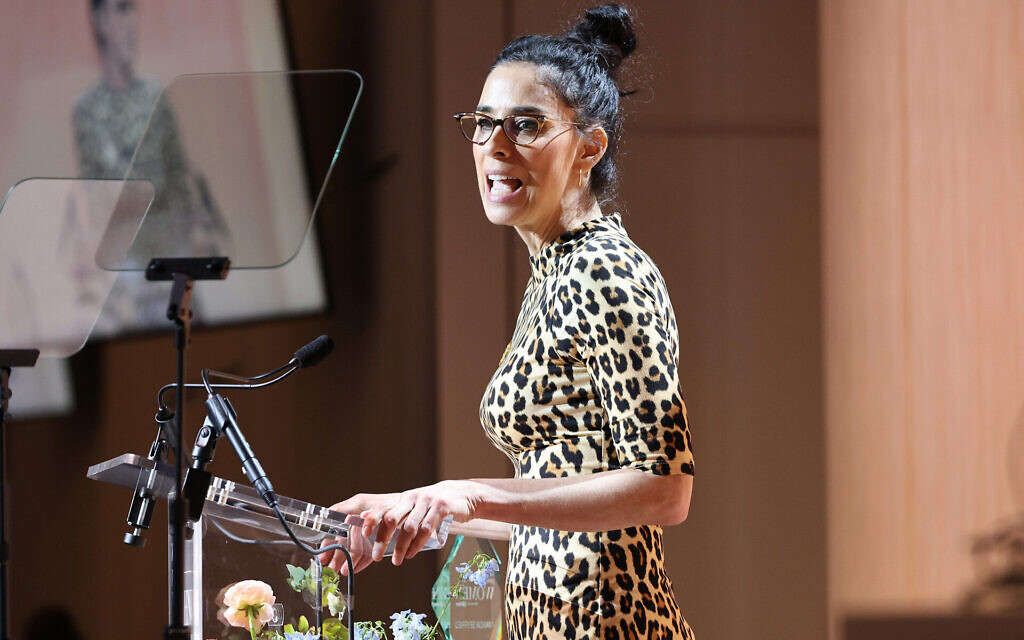 JTA — She popularized the term “Jewface” to describe non-Jewish actors playing Jewish roles and sparked a lively cultural conversation in the process.

Deadline reported that Silverman has joined “Maestro,” an upcoming Netflix biopic of Bernstein starring, written and directed by Cooper (and co-written by Jewish screenwriter Josh Singer). The film will cover several decades of Bernstein’s career and tumultuous personal life, and will also feature Carey Mulligan, Jeremy Strong and Maya Hawke; Steven Spielberg is a producer.

The film, which is currently filming in preparation for a likely 2023 release, is being developed in cooperation with Bernstein’s family. But it still sparked controversy after recently released set photos showed Cooper donning his nose to play Bernstein as an older man. Critics on social media said the film’s choice to use the nose plays into anti-Semitic stereotypes, even though it makes Cooper look more like Bernstein.

Silverman became the most prominent voice on Jewish casting issues after angrily opposing a planned miniseries about Jewish comedian Joan Rivers that would have played non-Jewish actress Kathryn Hahn.

“There’s this long tradition of non-Jews playing Jews, and not just people who happen to be Jewish, but people whose Jewishness is their whole being,” Silverman said on his podcast last year. “You could say, for example, that a non-Jew playing Joan Rivers properly would do what is actually called ‘Jewface’.”

Silverman, whose autobiographical musical “The Bedwetter” based on his 2010 memoir just premiered on Broadway, has yet to share his “Maestro” news on any of his social media channels.

You are a dedicated reader


We’re really glad you read X Articles from The Times of Israel over the past month.

That’s why we started The Times of Israel ten years ago – to provide discerning readers like you with must-read coverage of Israel and the Jewish world.

So now we have a request. Unlike other media, we don’t have a paywall in place. But since the journalism we do is expensive, we invite readers to whom The Times of Israel has become important to help support our work by joining The Times of Israel community.

For just $6 a month, you can help support our quality journalism while benefiting from The Times of Israel WITHOUT ADVERTISINGas well as access Exclusive Content only available to members of the Times of Israel community.

Thanks,
David Horovitz, founding editor of The Times of Israel