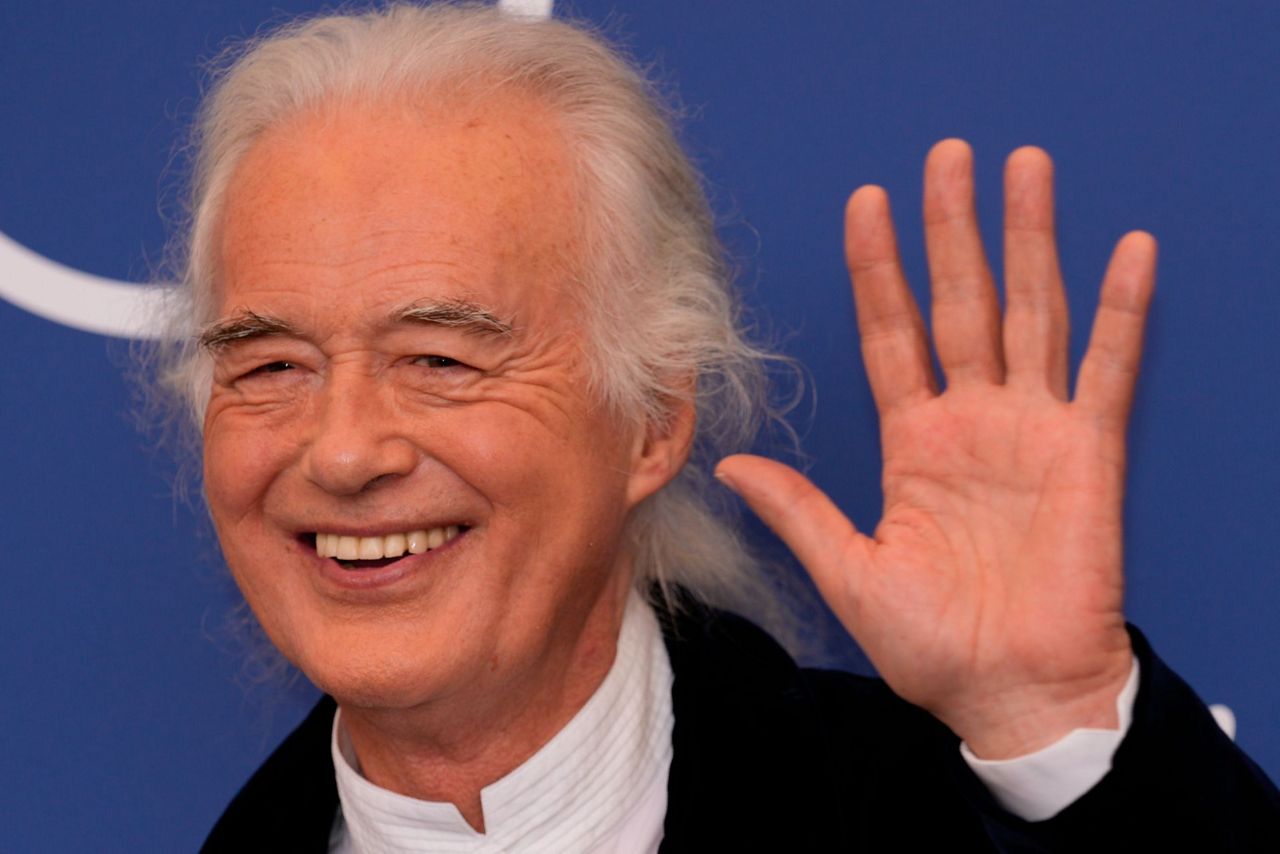 VENICE, Italy (AP) – Guitarist Jimmy Page says he turned down many “pretty miserable” pitches over the years to make a documentary about Led Zeppelin. But he finally bit when he received an in-depth proposal focusing almost exclusively on music and chronicling the band’s birth in 1968 and their meteoric rise.

The result is “Becoming Led Zeppelin”, one of the Venice Film Festival’s most anticipated documentaries, which premiered on Saturday with Page on the red carpet.

Producers Bernard MacMahon and Allison McGourty – avowed Zeppelin fans – got previously unseen footage from some of the band’s early US and UK concerts as well as an astonishing audio interview drummer John Bonham gave to an Australian journalist before his death in 1980.

The interview, concert footage, and other archival material are merged into contemporary interviews with the band’s three surviving members – Page, Robert Plant, and John Paul Jones – to create a montage that maps the frenzied first two years. of the existence of the group and its first musical influences. .

MacMahon, who along with McGourty launched the PBS documentary series “American Epic”, said it took a year to locate Bonham’s recording after hearing a pirated version of the interview on a vinyl record.

From the sound he knew it had been converted to a quarter inch tape. He then “went to all the Australian journalists we knew from that time and told them you recognized that voice?” Because the journalist does not identify himself.

“Eventually I found someone who said, ‘We know who it was but he’s dead. “”

MacMahon then relied on previous contacts he had with a sound archive in Canberra, Australia, which scanned “30,000 unmarked reels” to find the one with the interview.

He made similar efforts to get full concert recordings of the songs as they were performed, sometimes finding uncut reels of songs that had never been seen before. He said he had gone this far because he wanted the film to be essentially a musical interspersed with interviews.

Page said he particularly appreciates the emphasis on music – the songs are played in full, not just excerpts. And it allows group members to tell their own story in their own words. There are no further on-camera interviews.

Page said he accepted the pitch from the producers after receiving a leather-bound storyboard describing the film as they researched and envisioned it.

He said he had received many offers over the years to tell the Led Zeppelin story, but “they were pretty miserable. Miserable and also to the point where they would like to concentrate on something other than the music.

“This one is all about the music, and what made the music rock,” he said. “It’s not just a sample with a talking head. It’s something of a totally different genre.

Copyright 2021 The Associated Press. All rights reserved. This material may not be published, broadcast, rewritten or redistributed without permission.