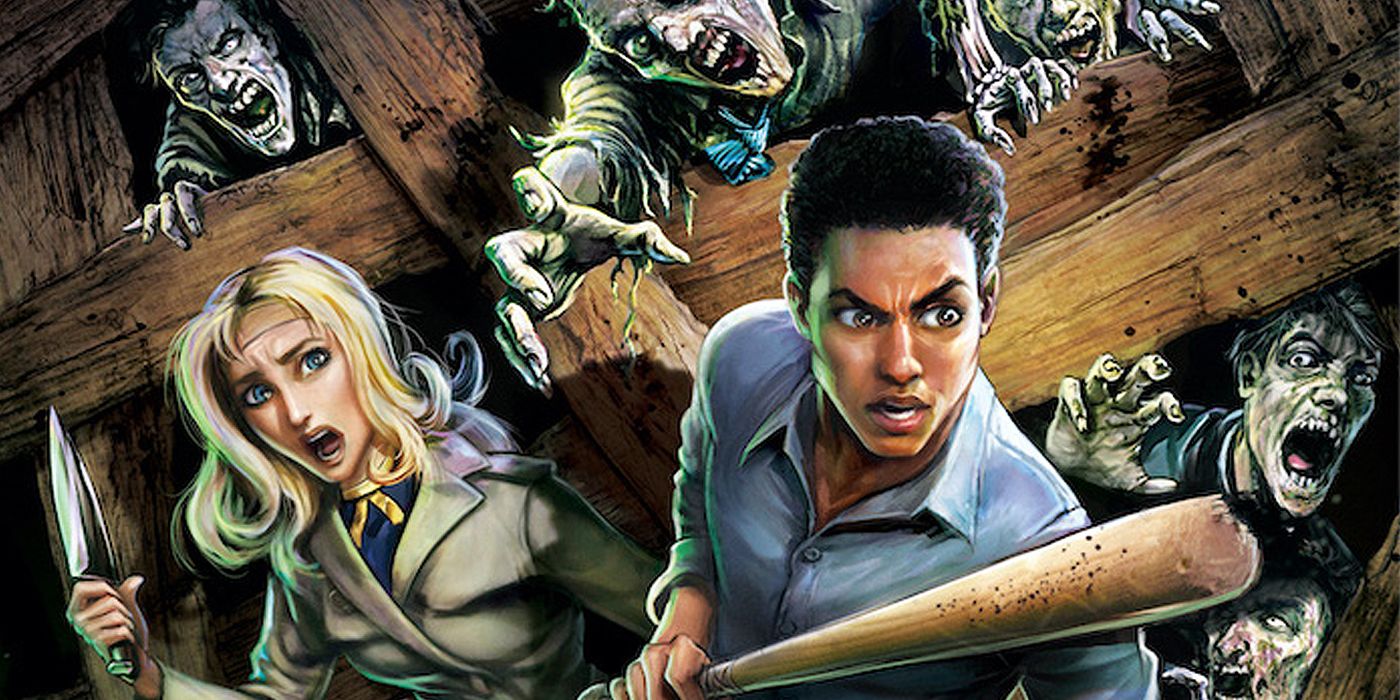 For years, Katharine Isabelle has steadily racked up an impressive resume of television and horror film projects – from starring in the cheerfully gruesome film Ginger biscuits playing a leading role in the original Netflix horror series Order. Isabelle’s latest horror project gives her another iconic horror role as Barbra in Animated Night of the Dead, an animated adaptation of George Romero’s classic 1968 zombie film Night of the Living Dead.

In an exclusive interview with CBR, Isabelle discussed the unique challenges and approach to taking on the role of Barbra, explained why Night of the Living Dead endures over fifty years later, and reflected on his past, fan-favorite work in the horror genre.

“They’re coming for you, Barbra” is as iconic as it is in the zombie movies. How did you get the opportunity to play Barbra in this project?

Catherine Isabelle: I really have no idea how anything is going. The universe drops things in my lap after a while.

I had already worked with producer Michael Luisi on several situations and I worked with the charming Dulé Hill and almost as handsome James Roday [Rodriguez] and we are all good friends. [laughs] When he landed on my lap, I thought to myself, “I would love to do that!” And I was terrified of trying to recreate such an iconic character in such an iconic movie, but there was no way I was going to refuse that. I can be in a tracksuit in a studio five minutes from my house! [laughs]

So do you really have time in the studio? Some people I was talking to recorded their lines remotely.

Yes, I spent some time in the studio at one of the sound stages near my house. I was happy with that because I’m not technologically advanced enough to cope with anything else. [laughs]

For most of the 1968 film, Barbra is catatonic. How did it go deeper and with more agency for your performance?

I think we were really trying to be fairly faithful to the original and I really studied Judith O’Dea’s performance. I watched the movie several times and it was also magically on TV at breakfast the morning I walked into the studio. It was really helpful to see this and she is catatonic for the most part.

We did a full hour of breathing and different hyperventilation techniques, as much of his story in the animated version is told through the breath. We really understand each other through changes in our breathing – you can tell when people are tense or their mood changes. With Barbra, we recorded the sound long before the animation, so I recorded an hour of hyperventilation in different ways. They had to choose where to develop this intensity through various strange breathing techniques. [laughs]

Revisiting the movie several times, was there something about Judith’s performance that you really focused on to bring to your performance?

I mainly focused on the fact that she had that kind of transatlantic accent that we don’t hear much anymore but which is very strong. The intonation and just the pattern of speech is so different from the way we talk these days: a big part of my focus was to try and be true to that. I was really looking forward to the speech where she panics and says, “We have to go get Johnny back.” Because this whole movie, she quietly panics, and in the end, she just starts to figure out what happened at the start of the movie. [laughs]

She said, “We have to go get Johnny back!” And everyone says, “It was an hour and a half ago! We have moved on and we have more serious problems than Johnny!” [laughs]

With your voice as the only tool in your toolbox, do you find the stand liberating or intimidating, especially with an established role?

It was very different because I was stripped of all my general accessories and crutches. My hour and a half doing my hair and makeup, putting on my wardrobe and getting ready, seeing all the blood and the zombies and having all that energy taken from you. It was a different experience and we didn’t know what the animation would be like, there were all these unknowns and variables, so you’re kind of going to do your best and hope they know what they’re doing because I’m sure no. [laughs] It was interesting and there is certainly something to be said for coming up with a soundstage in your sweatpants with your coffee, but also being stripped of all your normal processes in the way you get to be in that shoes. anybody.

While you’ve certainly worked in other genres, you’ve done a lot of horror projects. What do you find personally and creatively rewarding about the heightened nature of the genre and the performance in horror?

I think what horror really does at best is mirror humanity to itself. The human experience itself is so traumatic and horrifying, with the existential dread of being a human being. We have calmed down over the past two hundred years as our developments and modern conveniences encompass this and I think many are unaware of what these pure, basic human horrors are. So I can think about it and see how horrible it is, I think that’s why this movie is still relevant today. Once you’ve removed all of their societal conventions and their politeness in times of crisis, how do people react? Some people get super proactive, like Ben nailing boards and thinking about what might be next and some of us just take a nap on the couch. [laughs].

I think the real horror is about ourselves and what we can do to each other. I think that’s what horror, more than any other genre, is able to tap into. That’s why it’s still so captivating and relevant because you touch on something deeply rooted, deep in our DNA and our fight or flight experience to which we are no longer exposed as much on a daily basis. Those of us who are fortunate enough to live somewhere where our existence is not threatened every moment of every day.

As one of the few people who faced Freddy Krueger and Jason Voorhees in the same movie, I was wondering if you could talk about your experience working on this mash of monsters.

It was a crazy experience!

I had never seen any of the movies from these franchises. i watched my very first Nightmare on Elm Street movie in my trailer on the set of Freddy vs. Jason. [laughs] It was a bit like anything else for me: you go to an audition and you find a job or you don’t have one, but I grew up on an island without much access to culture. pop and media. I just watched the same three movies over and over again, so I think I would have been a lot more nervous and hectic if I had known the iconic factor behind it, but I didn’t. I did not know more or less. [laughs]

You must also be on the Netflix Original Series Order. What was your experience on this project?

I loved it but I almost didn’t audition because I thought [my role] belonged to a Michelle Obama type character. I didn’t think anyone would take me seriously as the head of a university. [laughs] I went there thinking there was no way I would get the part and I did and [then] I realized there were werewolves in there and I understood that as well as the werewolf vibe. It turned out to be this magical production, all the actors are such good friends and there was no ego and no drama and I really fell in love with these characters and their idea and the how the characters developed.

Season 2 is where we really got hold of. In [a first season] no one really knows what show they are doing. Everyone is sort of blind and doesn’t know what the mood is. Season 2 is when you know what you’re doing and ramp up and we would have loved to see a Season 3 follow and wrap everything up since we left it all on a big cliffhanger. I’m as sad as all the fans, but I’m still incredibly grateful that I put on Vera Stone’s super pointy heels. It was one of my favorite jobs, being in business bondage all day and being a real teen bitch. I could do this forever, give me 25 seasons of this. [laughs]

Now that the movie is over, what are you most excited to share? Animated Night of the Dead with the world?

Glad to see people’s reaction to the difference between the vibe of the original and this one. You’d think the animation would take all the terror out and out of it, but it really isn’t. It’s just as intense, I find. When you love something so much it’s very scary to see someone take it and try to do something different with it, and I hope everyone really likes it: I really did.

I find the original really hooks me and every time I find it on TV I can’t not look at the rest. I know what’s going to happen and how it ends. I’ve seen it so many times, but it still captivates me so much. It’s a fun new experience to see it in a different medium and sure enough people are going to have feelings about it because they love it but why wouldn’t you want to try a different flavor of something? because it’s still horror? [laughs]

Directed by Jason Axinn, Night of the Animated Dead is available now on Digital HD and Blu-ray.

Sam Stone is a level 10 pop culture guru living just outside of Washington, DC who knows a lot about The Beatles. You can follow him on Twitter @samstoneshow and ask him questions about Nintendo, pop punk and Star Trek.