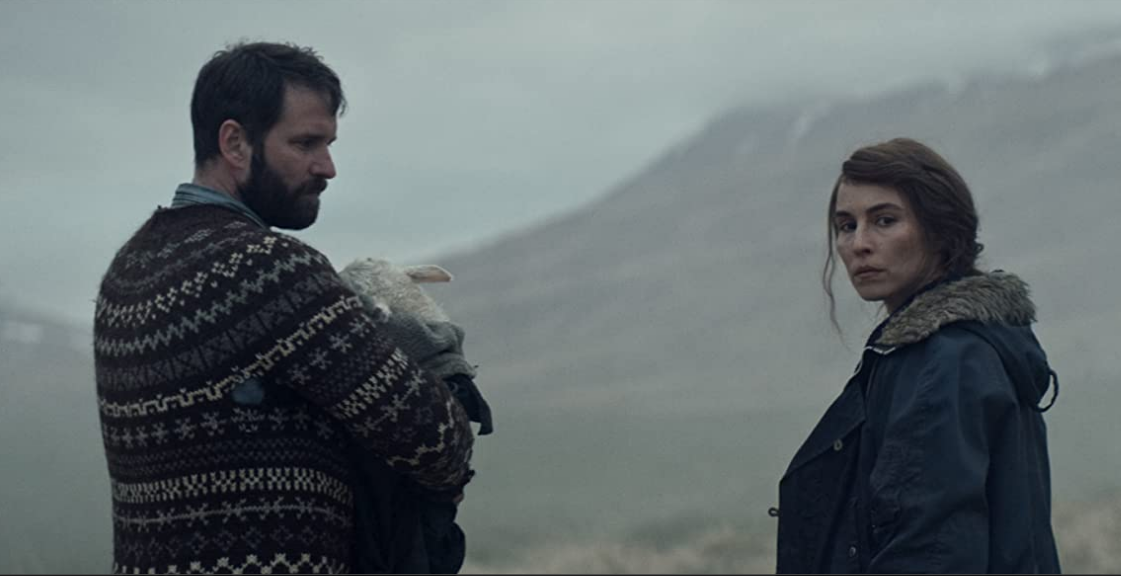 Sure, it’s what you might call an arthouse film – strange and not to everyone’s liking.

Is it a combination of folklore and horror? Director Valdimar JÃ³hannsson’s debut feature defies almost any categorization.

The location is a secluded sheep farm in Iceland where couple MarÃ­a (Noomi Rapace) and Ingvar (Hilmir SnÃ¦r GuÃ°nason) live.

Both work hard to take care of their crops and their sheep. It’s lambing time and we watch the couple help deliver two lambs.

One day, Maria and Ingvar go to the barn and see that a sheep has, without their help, deliveredâ€¦ something else. Not to mention, but with an exchange of glances, the two bring the baby back to their house, where they bathe him, bottle-feed him and wrap him in a blanket.

Ingvar brings a cradle from a storage shed, and it becomes the bed for the little one, who sleeps next to them.

The two are beaming with joy as they look at the baby. Meanwhile, the mother sheep cries piteously outside a window, the baby crying / bleating in return.

This is not a spoiler, as it is evident in the trailer for the film: the baby is anything but ordinary. Part human, the “child” has the head of a sheep. They call her Ada and raise her as their child.

Still, the two seem concerned that some harm could befall Ada.

When Ingvar’s brother PÃ©tur (BjÃ¶rn Hlynur Haraldsson) arrives, he is shocked to see Ada and the couple’s reaction to her.

It wouldn’t be fair to tell you more.

The story, told with little dialogue and English subtitles, is moody and atmospheric, with beautiful windswept locations as the perfect backdrop for what is unfolding. Certain scenes – one in a cemetery for example – offer us details of the life of a couple which lead both to understanding and to more questions.

I am a fan of the poet James Dickey, who wrote “The Sheep Child”, a poem that has haunted me for decades (click to read it here.)

I can’t help but think that somehow, somewhere, this poem influenced this film.

For those who enjoy offbeat movies such as â€œEnemyâ€ and â€œAnnetteâ€ earlier and even weirder this year, this is a must-have. It premiered at the Cannes Film Festival and is Iceland’s entry for Best International Feature at the Oscars.

Prepare to be disturbed, moved and shockedâ€¦ simultaneously.

Duration: one hour and 46 minutes.