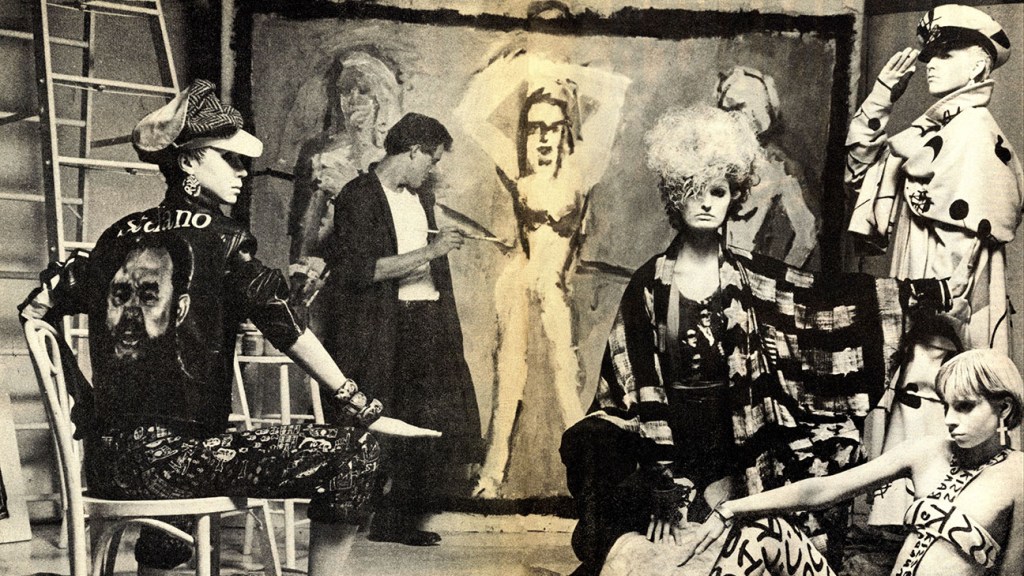 There is a funny story about the late painter Edward Brzezinski that endures even though his legacy did not. It was 1989 and Brzezinski arrived at the Paula Cooper Gallery in SoHo for an exhibition. That evening, the work of Robert Gober was exhibited Bag of donuts, a simple sculpture displaying resin-covered donuts in a crumpled white paper bag. (The play, quite literal in its construction, recalls that of Maurizio Cattelan Actor, which you may remember as the banana stuck to the wall.) Brzezinski, slightly drunk and maybe even hungry, stumbles into the gallery, pulls a donut out of the bag and… eats it.

The puzzling act got him to the hospital (resin is poisonous) and solidified his reputation as an eccentric member of the New York art scene. This period – the ’70s and’ 80s, to be exact – produced art world darlings that have since become household names: Andy Warhol, Jean-Michel Basquiat, David Wojnarowicz, to name a few – a few. Yet despite Brzezinski’s closeness to some of these luminaries, he never managed to be one of them – much to his dismay.

An uneven portrait of a complicated artist.

Make me famous, which premiered at NewFest, is an eerie and melancholy portrayal of Brzezinski, who has spent his entire adult life trying to do so. Directed by Brian Vincent, the documentary sets its subject matter in the context of more familiar characters and attempts to understand why Brzezinski, a charming and distant painter, is not easily considered among this cohort. The answer to this question is less interesting than the shocking journey she takes for Vincent.

We start in 1980 in New York with a now cliché opening footage sequence: land abandoned after demolition, walls strewn with graffiti, boarded up windows. Brzezinski, who grew up in Michigan, lived on East Third Street in a dilapidated apartment that was also his studio and gallery, called The Magic Gallery. The residence, an apartment with no elevator, stood across from a men’s shelter, an element of unsettling fascination for some of those interviewed in the doc who saw it as a marker of authenticity. When an unidentified speaker said, “The East Village was ours because no one wanted to live in the East Village,” I wondered about the faces of “our” and “nobody”. It was here that Brzezinski met with friends and fellow craftsmen to drink and chat. It seemed like his way of trying to find community, even though it didn’t seem to work.

Few of those asked about Brzezinski, from artists Walter Robinson and Peter McGough to gallery owners On Rodney Sur and Patti Astor, seemed to take him seriously and were perhaps put off by his brazen pursuit of fame. They punctuate their anecdotes with vague adjectives, repeatedly referring to his charisma, noting that he was a “character” or commenting on how poor he has remained. In a moment of unnecessary cruelty, McGough mocks the name of Brzezinski’s gallery. “Ed wanted it so badly, you could tell. That’s all he talked about, the dumbest name you can name a gallery. When asked why she never showed Brzezinski in her gallery, Astor fumbles for a non-response, citing her gallery size and other random limitations.

Although vague and sometimes not very generous, these anecdotes reveal the parasitic nature of this artistic scene and how far artists would be willing to stand out. Brzezinski was honest about his desire to be famous and earn money. He handed out flyers for his own upcoming exhibitions at gallery openings and sometimes copied other people’s methods of getting their work noticed. In a funny memory, he told a friend that he doesn’t read just for fun but to have things to talk about. Life, it seemed to intimidate, was all about performance. Still, the lawsuit seemed to slowly displace the job, a tragedy in itself. His tech skills and craftsmanship appear in the doc occasionally, but they don’t seem to be the point.

In fact, it can sometimes be difficult to establish a broader thesis for Make me famouslet alone a point. Vincent’s film is a wealth of exciting interviews with survivors of a painful period. The onset of the AIDS crisis, which decimated lives and communities, changed the mood of the stage. Archival footage also abounds – take an interesting clip from art critic Gary Indiana in Brzezinski’s gallery lamenting Wojnarowicz, or another from Brzezinski refusing to sell his large oil painting – and offers a less parochial take on that time.

With so much information, it can be difficult to follow, and the structure of the film – or the lack of it – doesn’t help matters. The first half of the project breathlessly divulges as much information as possible about Brzezinski, sketching his character through the vision of his makeshift community. There is a direct tone, simple visual style, and a focus on interviewees’ stories and ideas, which sometimes take on too much tangent. Suddenly everything changes, and Make me famous adopts a real quality of crime. Vincent, who has remained offscreen until this point, suddenly takes center stage as he tries to figure out whether Brzezinski, in perhaps one last attempt at glory, has faked his own death. This trick is by no means unwelcome, but it is awkward and makes watching the movie more painful than necessary.