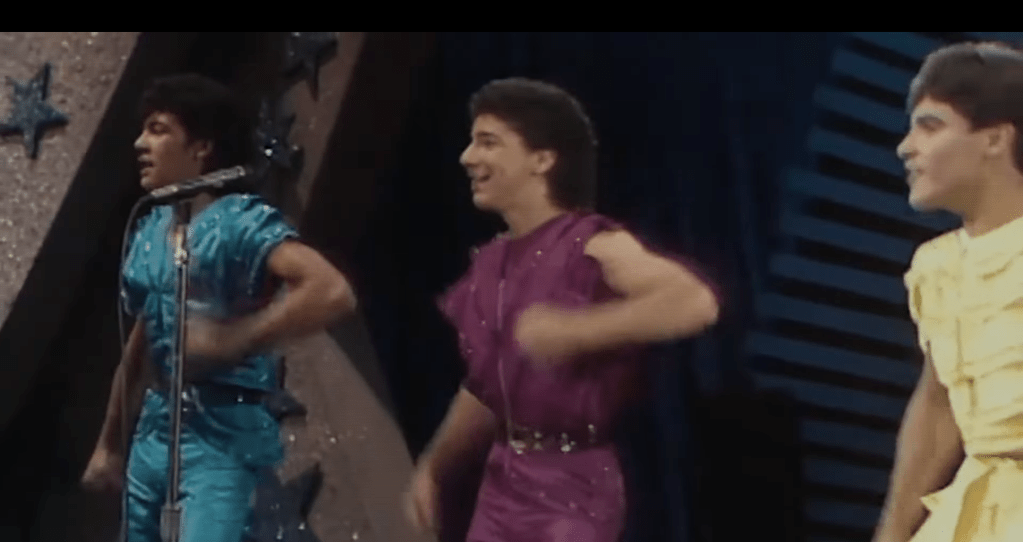 The trailer for “,” the HBO Max docu-series about the titular Latin American boy band, has been released.

Directed by filmmakers Angel Manuel Soto and Kristofer Ríos, the four-part docuseries follows the rise of Menudo, a Puerto Rican musical group formed in 1977 by producer Edgardo Díaz that became one of the most popular boy bands in history, selling 20 million records worldwide. during the 1980s. The series chronicles the band’s meteoric rise in the 80s and the downfall it suffered in the 90s, after allegations of sexual abuse against Díaz surfaced. More than a dozen former band members were interviewed for the docuseries to discuss the exploitation they faced while performing for the band.

“Menudo: Forever Young” is produced by Soto, Cristina Costantini and Jeff Plunkett of Muck Media, Alex Fumero of Trojan Horse, Bryn Mooser and Justin Lacob of XTR. The Rio co-executive produces with Maura Anderson. The docuseries will make its world premiere on June 11 at the Tribeca Festival in New York.

Issa Rae and Oprah Winfrey are the guest headliners announced for the new docuseries “The Hair Tales.” Other guests announced include Chlöe Bailey, Representative Ayanna Pressley, Marsai Martin and Chika. From Disney’s Onyx Collective and OWN, every episode will feature stories focused on an honest, layered look at the complex culture of black hair and black women’s identity, creativity, and contributions to society. Winfrey is also executive producer of the series conceptualized by Michaela Angela Davis and hosted by Tracee Ellis Ross. “The Hair Tales” is produced by Culture House, Joy Mill Entertainment, Tetravision and Harpo Films. Executive producers include Ross, Davis, Tara Duncan, Raeshem Nijhon and Carri Twigg. The six-part limited docuseries will premiere later this year on OWN and Hulu in the US, Star+ in Latin America, and Disney+ in all other territories.

Starz’s acclaimed drama “P-Valley” is up 1,018% from its series debut on the Starz app, setting a record as the biggest season-over-season growth of the streamer’s story, according to Starz. According to initial reports, the show’s second season, which premiered on June 3, drew 4.5 million cross-platform viewers for its first weekend in the United States alone. From creator and executive producer Katori Hall, the series also now ranks as the most socially engaged primetime drama over the premiere weekend across all networks. Based on her play “Pussy Valley”, Hall also serves as showrunner on the series. Lionsgate Television is producing “P-Valley” for Starz.

“Silos Baking Competition,” the new competition series from production company Blind Nil by Chip and Joanna Gaines, will simulcast on Magnolia Network and Food Network on Sunday, June 12 at 8 p.m. ET, Magnolia announced Thursday. The show will also air the same day on Discovery+. Set in The Silos in Waco, Texas, the series features six bakers as they try to perfect a favorite candy recipe for a $25,000 cash prize and a chance to have their winning treat on the menu at the Gaines Bakery, Silos Baking Co. Joining Joanna Gaines at the judges’ table are guest judges Andrew Zimmern and Zoë Francois. Chip Gaines is also expected to make a few surprise appearances.

René Santaella has been promoted to director of digital and streaming at Estrella Media, the Spanish-language media company announced today. Santaella previously served as EVP of digital and streaming media, and he helped successfully launch the company’s streaming and AVOD platforms. Under his tutelage, the company launched the EstrellaTV app along with four FAST channels, including EstrellaTV, Estrella News, Estrella Games, and the all-new Cine EstrellaTV.