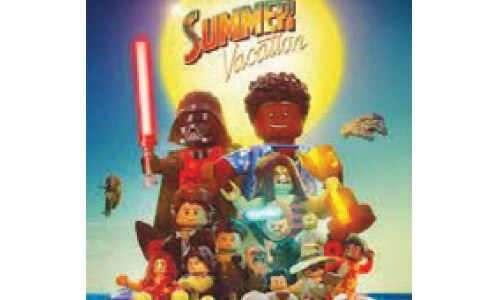 LEGO Star Wars Summer Vacation is a fun animated special that today’s kids can easily relate to. It’s a humorous attempt to tie together the three Star Wars trilogies, highlighting the importance of friendship. Not only does it tell kids how to deal with bullies, but also how to fight loneliness, fight boredom, and most importantly, how not to stray from nostalgic parents.

Directed by Ken Cunningham, the film revolves around former stormtrooper Finn, who plans a fun vacation after the dramatic events of Star Wars: Episode IX: The Rise of the Skywalker. The gang, consisting of Finn, Poe, Rose, Rey, Chewbacca, BB-8 and others, books a trip on a cruiser to celebrate their victory. Finn, who planned this getaway for his buddies, is abandoned by his friends just as the “fun” begins and that’s when he encounters three iconic Force Ghosts in different locations and learns the lessons of the life.

The ghosts of Obi-Wan Kenobi, Anakin Skywalker, and General Leia Organa impart emotional wisdom to him regarding his friends. They share three stories that taught them “to enjoy life when you can, do what you love, and create happy memories with friends and family.”

Anakin Skywalker, who would later become Darth Vader in the first Star Wars, remembers a time when evil took a vacation. The last Force Ghost Finn encountered was General Leia, someone who knew him personally. Like Anakin, former Princess Leia couldn’t believe Obi-Wan was talking about fun. She reminisces about the last family vacation she took with her husband and son, just before they dropped off their son for Jedi training.

After learning something from the elders, Finn comes to the conclusion that nothing stays forever and the best way to have fun is to celebrate the moment. At the end, Finn reunites with his friends and shares what he has learned. They all bond together to cherish the moment that may never come again.

The entire movie has fun references involving all nine Star Wars movies. Those who love the movie’s characters would consider it the perfect finale to another wonderful trilogy, while those who haven’t yet delved into the world of Star Wars would start to love it.

Which States Can Tax You