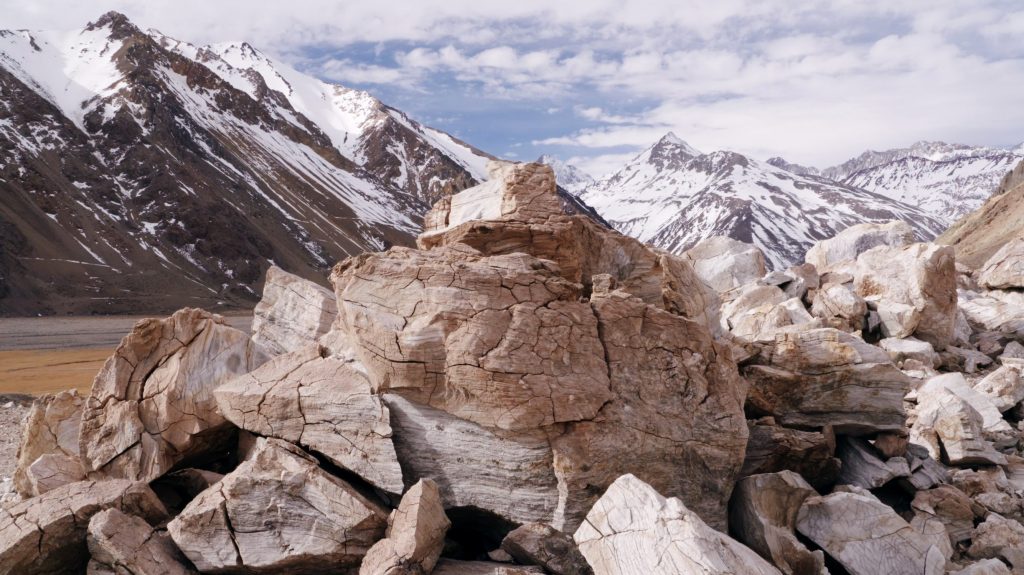 ★★★★☆ The Cordillera of Dreams by Chilean documentary filmmaker Patricio Guzmán crowns an astonishing series of story-driven cinematic essays, beginning with Nostalgia for the Light and continuing with The Pearl Button. The trilogy represents one of the great artistic statements of the decade.

Chilean documentary Patricio Guzmán The Cordillera of Dreams crowns an astonishing series of story-driven essay films, beginning with Nostalgia for Light and continue with The pearl button. The trilogy represents one of the great artistic statements of the decade.

Closer to home geographically, personally and spiritually than the Atacama Desert (Nostalgia for Light) and the wild south of Patagonia (The pearl button), Guzmán’s latest film focuses on the stretch of the Andes around his hometown, Santiago, the center of Pinochet’s dastardly regime. As always, the juxtaposition between the natural world and its majesty is sharply contrasted and complicated by the psychic traumas of political terror and crimes against humanity.

Taking a more personal slant than previous entries in the Topographic Trilogy, Guzmán’s grief is made clear in his voice-over narration, where he ruminates on the Andes as protector of peoples and recorder of history. If only the Cordillera could speak, what wisdom would they impart, what would they tell us of the past, he mused in one scene. In another, the director imagines the sounds a series of footsteps he remembers from childhood might make if they had a voice to speak. Would they cry in anguish as they remembered the torrents of human blood flowing over them?

A football stadium in the capital, the scene of a famous triumph over Italy in the 1962 World Cup, where little Patricio once encouraged his team, has become a makeshift concentration camp for political enemies of left of the state. Every street corner, every building, every neighborhood gives the director very mixed emotions, the filmmaker caught in a mental dissonance between the warm feelings and sentimentality of his youth and the horrors of political oppression.

The Cordillera of Dreams is a moving look at a nation still recovering from the brutality inflicted by the callous and paranoid actions of General Pinochet, but Guzmán goes further to offer his opinion on the current issues facing the country, in particular the onslaught of the neoliberalism on land, resources and people. The chasm between rich and poor troubles him deeply. The director concludes his film on a note of optimism, or is it more of a prayer? He longs for Chile to rediscover its ancient sense of joy and community. Pinochet’s regime didn’t just murder and oppress, Guzmán believes the dictator changed Chile’s mentality. Even now, almost thirty years later, the scars have not healed.