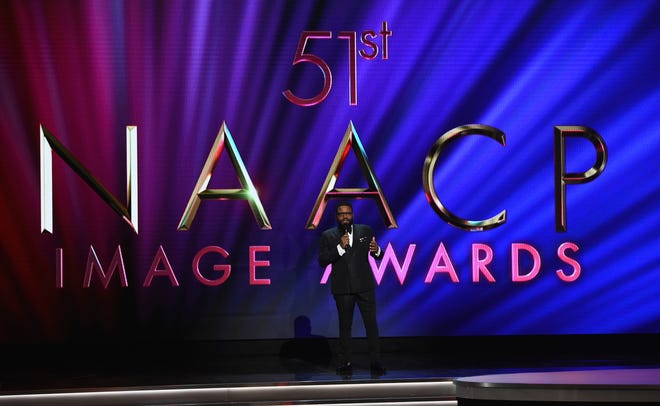 NAACP Image Awards to honor artists and writers of color

Los Angeles – Samuel L. Jackson as well as Prince Harry and Meghan are some of the people who will be honored at the NAACP Image Awards.

Anthony Anderson returns as host of the awards show, which highlights the works of artists, writers, activists and athletes of color. The ceremony will also include a performance by nine-time Grammy winner Mary J. Blige, who co-headlined the Super Bowl halftime show this month.

“The Harder They Fall” – featuring a large, star-studded cast including Regina King, Jonathan Majors, Idris Elba and LaKeith Stanfield – earned 12 nominations, including for Best Picture. The film, produced by Jay-Z, is based on real black historical characters from the Old West who have generally been overlooked in the genre.

HER received the most nominations in the Music Recording categories with six, including Best Female Artist and Outstanding Album for “Back of My Mind.” She will compete in the album category against Silk Sonic’s “An Evening with Silk Sonic”, Drake’s “Certified Lover Boy”, Jazmine Sullivan’s “Heaux Tales” and Givēon’s “When It’s All Said and Done…Take Time”.

In addition to “The Harder They Fall,” the Best Picture nominees are “King Richard,” “Respect,” “The United States vs. Billie Holiday” and “Judas and the Black Messiah.”

Stanfield could walk away with two acting trophies. He’s nominated for Best Actor in a Motion Picture for his role in “Judas and the Black Messiah” and for his supporting efforts in “The Harder They Fall.”

The nominees for Best Actress in a Motion Picture are Andra Day, Halle Berry, Jennifer Hudson, Tessa Thompson and Zendaya.

WarnerMedia has 55 nominations across its multiple entities. The entertainment conglomerate garnered nominations primarily from Warner Bros. Pictures, HBO and OWN.