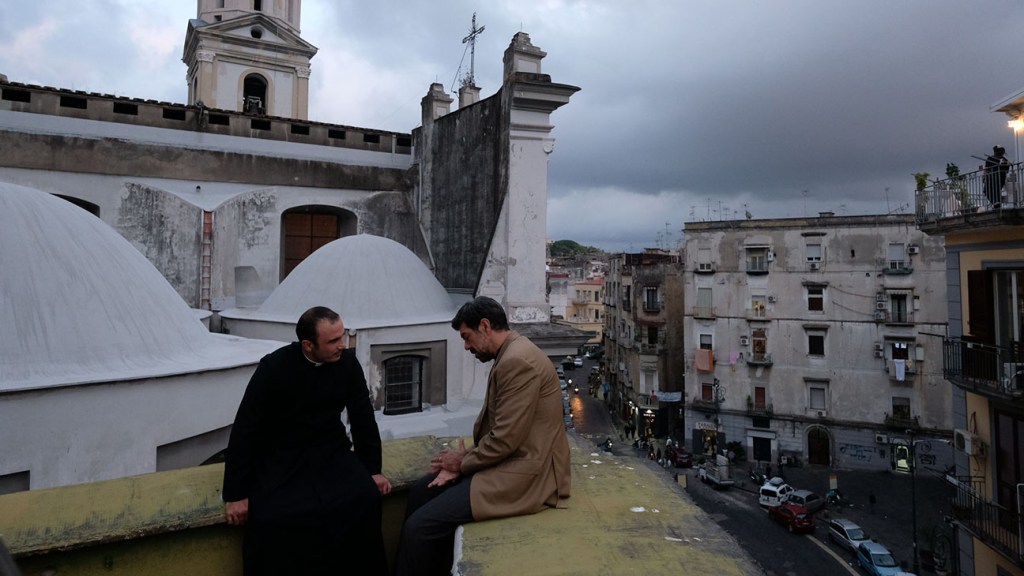 The brooding drama of Mario Martone Nostalgia marks a change for the director – or perhaps it’s more accurate to call it a return. The first films of the Italian author, like Rehearsals for war and The smell of blood, have been praised for their distinctive style and moral clarity. Martone’s more recent projects – verbosity-inflated historical narratives – have been less well received.

In Nostalgia, an adaptation of Neapolitan writer Ermanno Rea’s novel, Martone scales back some of his recent accomplishments to deliver a simpler, more thriller drama. At almost two hours in length, the film could have benefited from some additional fine-tuning – a few tweaks to make certain sequences more dynamic. Yet with a terrific cast, assured direction, and deft camerawork, Nostalgia turns out to be a surprisingly absorbing film, which could find an audience outside of Italy.

A restrained drama of satisfying simplicity.

NostalgiaThe constraints of are critical to its effectiveness. It is not a complex biography grappling with the life and ideas of an important Italian figure. It’s a more familiar story, set in contemporary times: after decades abroad, a man returns to his Naples neighborhood for lockdown. Wistful memories quickly overwhelm him and he finds himself in love with the place he swore he left behind. The narrative contained gives Nostalgia sharp focus and clarity. And instead of shooting all over the city of Naples, Martone narrows the location of the film to just one neighborhood: Rione Sanità, an area plagued by poverty and government neglect. This is a site the director visited in his 2019 film Mayor of Rione Sanitàand this familiarity gives this project a crucial intimacy.

The return is an act of meeting the old and the new at the same time, and Martone’s ability to transmit this friction is one of the Nostalgiaits strengths. The film begins with Felice Lasco (Pierfrancesco Favino), an inhibited 55-year-old businessman, returning to Sanità to visit his aging mother, Teresa (Aurora Quattrocchi). The neighborhood – where he lived until he was 15 – has changed dramatically, but Felice doesn’t recognize it (or can’t seem to recognize it yet). What he does know is that his mother is partially blind and was tricked into moving into the dimly lit downstairs apartment of the now poorly maintained building. The heartbreaking discovery prompts Felice to find her new home – a larger apartment with a lemon tree in the garden.

Martone paints a painful portrait of the physical and temporal distance between a mother and her son, giving us the opportunity to understand some of Felice’s motivations for returning. One particularly moving sequence, involving Felice giving Teresa a bath, is testament to how their relationship has changed over the years – a mother now in the care of her son. It is through these scenes that we also understand how much Felice has changed: after traveling through Africa with his uncle, he settles in Cairo where he marries a woman (of whom we do not know much -thing), starts a successful business, learns Arabic and becomes a Muslim.

Teresa’s death – abrupt, undramatic – breaks Felice’s relationship with Sanità. He doesn’t really have a reason to stay, but he doesn’t feel ready to leave either. He finds himself walking the alleys, taking familiar paths while reliving memories. It is through these flashbacks — which Martone intersects with Felice’s current wanderings — that another reason for our flâneur’s return is revealed.

Oreste Spasiano (Tommaso Ragno) was one of Felice’s best friends, a brother really, with whom he walked the streets of Sanita, swam naked at the beach and committed petty thefts. While Felice fled the country after a fatal accident, Orestes remained. Forty years later, he is known simply as Badman, the leader of the neighborhood’s most dangerous gang. Despite several warnings from current residents, including local priest Don Luigi Rega (played by Francesco Di Leva), Felice wants to talk to Orestes.

Felice’s memories of the notorious gang leader differ from neighborhood traditions. In his mind, he and Orestes still have a lot in common. They were the teenagers who drove around Sanità, the boys with a deep brotherly bond. Yet memories, like nostalgia, can be a trap; revisit them enough and you risk losing sight of the present. This is what happens to Felice: his weeks at Sanità turn into months, and he finally decides he wants to buy a house and never leave. A roughly translated Pasolini quote that opened the film begins to haunt Felice’s movement: “Knowledge lies in nostalgia.”

Indeed, there are lessons to be learned from the past, but you must be open to receiving them. As Felice gets to know the residents of the neighborhood, from new families to refugees, he doesn’t seem to shake his interpretation of the past. Favino plays Felice with calm restraint, a distance that shows how disconnected Felice is from himself. One begins to feel bad for him, then to grow impatient with his misguided trust and insistence.

In the backdrop of Felice’s drama is Sanità, the neighborhood. Martone and DP Paolo Carnera bring the Neapolitan neighborhood to life, teasing its beauty while suggesting why the city faces high rates of poverty and crime. I wish Nostalgia offered more, however, in terms of story, bridging the gap between Felice’s memories and current conditions.

Felice and Orestes eventually meet, their encounter crackling with tension. Both Favino and Ragno give strong performances as two friends – brothers, really – whose confused relationship is plagued by betrayal and misunderstanding. They maneuver their big stage with a calm that underscores how time and distance have changed (and not changed) the two men.

What could have used the same level of scrutiny is Martone’s treatment of nostalgia, which is telegraphed to exhaustion. The film obsessively revolves around the theme, investigating its romances and dangers. But at a certain point, it starts to feel elliptical and unsatisfying – a distraction from a perfectly fine study of a man struggling with his comeback.