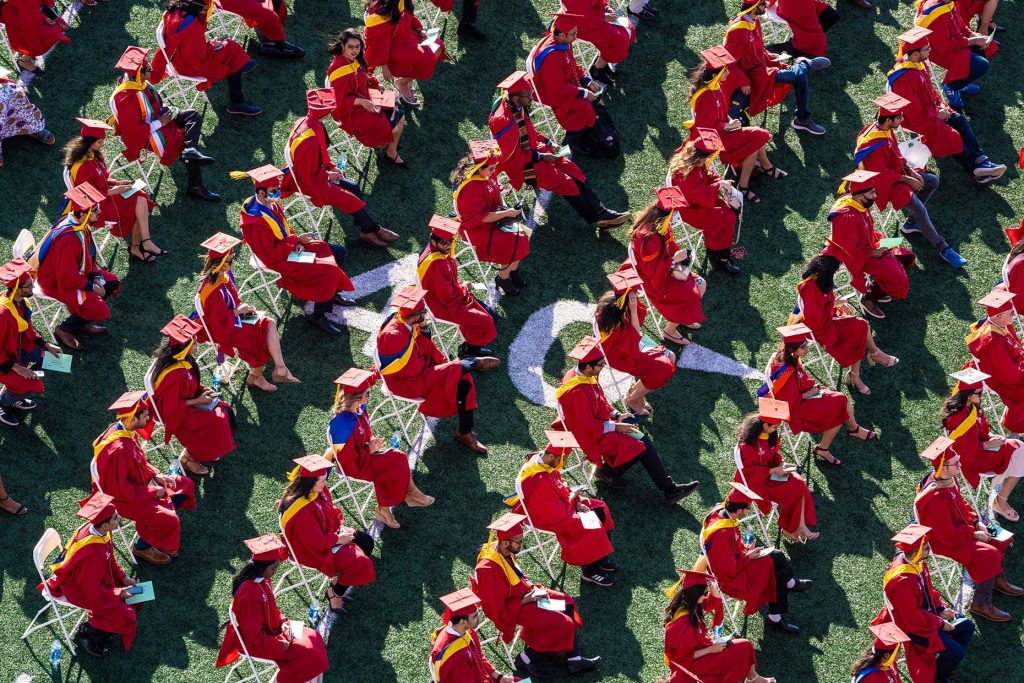 More than 7,600 degrees will be awarded at Stony Brook University’s 62nd Annual Commencement Ceremony on Friday, May 20, at Kenneth P. LaValle Stadium. The ceremony begins at 11 a.m.

The university will confer a record number of bachelor’s degrees – 4,670 – among the 7,610 degrees presented in total, breaking the record of 4,645, set last year. There will also be 2,095 master’s degrees, 585 doctoral and professional degrees, and 260 certificates awarded at the ceremony.

Kick-off celebrations will also include 43 individual departmental convocation ceremonies at various locations on campus, from Wednesday, May 18 through Friday, May 20.

Stony Brook University President Maurie McInnis will address graduates at her second in-person commencement ceremony at LaValle Stadium, and her first with the entire graduating class gathered at the same ceremony. Christopher Jean ’22, Vice President of Student Life for Undergraduate Student Government, will present the Class Legacy Gift for the Class of 2022.

Biology major Ahmad Syed will address his fellow graduates as a student speaker. Syed is the second person in his family to be the student speaker at the start of Stony Brook, as his brother, Ali, gave that speech eight years ago.

A native of Port Jefferson, Syed served on the Dean’s Student Advisory Council for the College of Arts and Sciences and was received the Louise Guarneri scholarship. During his undergraduate studies, he pursued his passion for science as a research assistant in the Department of Chemistry, and also volunteered many hours at Stony Brook University Hospital, information about patient care.

Syed plans to pursue a degree in medical sciences, with a particular interest in the field of ophthalmology, with a view to becoming a doctor and working in underserved areas.

Director Todd Haynes, one of the world’s top independent filmmakers, will receive an honorary Doctor of Fine Arts and also address graduates. Haynes, who has had a long-standing, award-winning professional partnership with producer and art director Stony Brook MFA in Film Christine Vachon, is arevolutionary independent filmmaker whose his award-winning career spans four decades and seven feature films.

Considered the most prominent gay directorial voice in American cinema, Haynes receives the diploma for all he has done for the arts, the LGBTQ community and the students of Stony Brook University. His first feature film, Poison, released in 1991, won the Grand Jury Prize at the Sundance Film Festival. In 2015, Carolwith Cate Blanchett, was nominated for the Best Picture Oscar.

Ceremony attendees are encouraged to text celebratory photos to (864) 734-4275; images will be presented during the
ceremony at the stadium (messaging and data charges may apply). Photos can also be shared on Instagram and Twitter using #SBUGrad.

Catch the live stream of the main launch event at stonybrook.edu/live