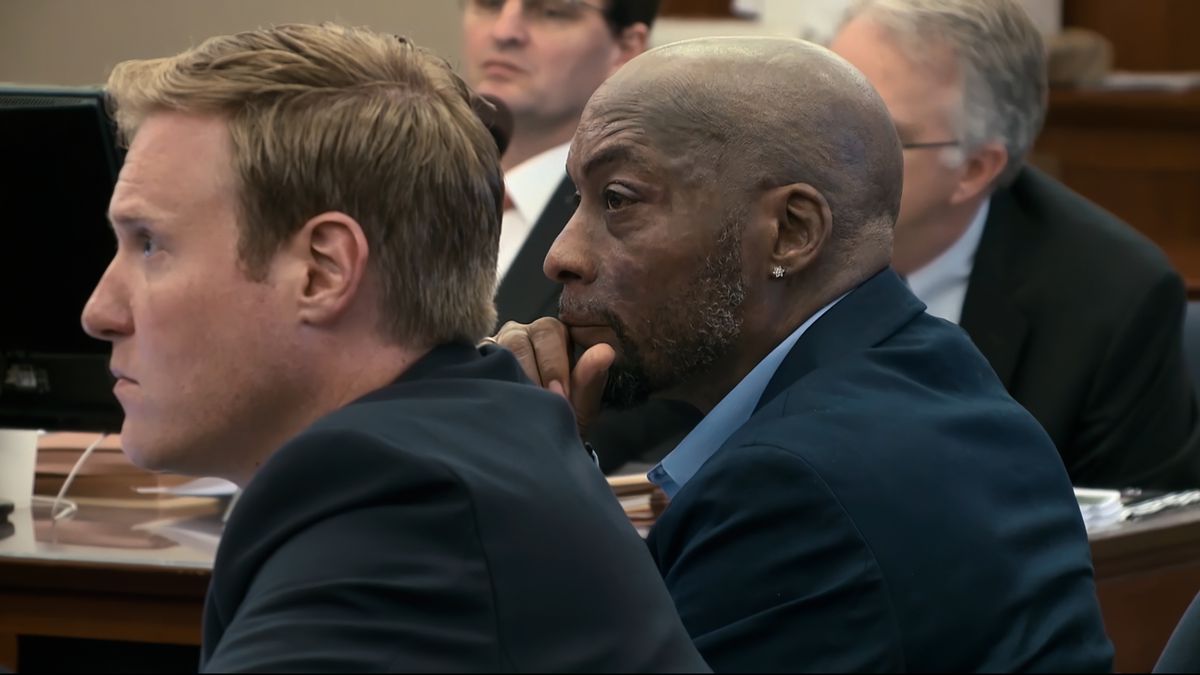 Review: Jennifer Baichwal’s Into the Weeds is a terrific and terrific court drama

In the Weeds: Dewayne “Lee” Johnson vs. Monsanto Corporation

Written and directed by Jennifer Baichwal

Open May 20 in Toronto and Vancouver, expanding to other cities in the spring

There’s a cruel joke smuggled into the release date of In the weeds, the terrific and moving new documentary from Canadian filmmaker Jennifer Baichwal. Focusing on a landmark court case that calls into question the safety of Roundup, the world’s most widely used weed killer, Baichwal’s doc is the perfectly nerve-wracking film to open this year’s gardening season.

But time aside, there’s a kind of quivering anxiety that runs through Baichwal’s film, which uses the narrative and emotional contours of a traditional courtroom thriller to scratch out something deeper and more existential: our increasingly toxic relationship with the natural world, and how we might be headed toward greed-driven extinction of our own making.

Filmed under the radar – when making a movie about agrochemical giant Monsanto (owned by pharma giant Bayer), you have to exercise caution – Baichwal’s film focuses on the harrowing and heartbreaking case of Dewayne ‘Lee’ Johnson, a California gardener who developed non-Hodgkin’s lymphoma after being exposed to Roundup. The main point of contention is whether the product’s active ingredient, a chemical called glyphosate, is considered carcinogenic to humans. The Environmental Protection Agency said no. The International Agency for Research on Cancer said “probably”. Cue the lawsuits, which eventually turned into a mass crime involving tens of thousands more, with billions of dollars (not to mention lives) at stake.

Using Johnson as the emotional anchor of his story, Baichwal unravels a complex story that involves all sorts of courtroom drama, as well as sharp films about the media’s culpability in the Monsanto narrative and the unsettling ease with which some actors of the company feel that the world is theirs to influence. It culminates in a rat-a-tat trial that is both engrossing and deeply disturbing. (Do your best to avoid researching the particular details of Johnson’s case lest you spoil the doc’s emotional finale.)

For those familiar with Baichwal’s acclaimed filmography – act of god, Fabricated landscapes, Anthropocene: the human era – In the weeds is both perfectly logical while serving as a starting point. Here, again, is a document about the give-and-take (emphasis on “take”) relationship with planet Earth. And the story is sometimes illustrated with beautiful large-scale images of the world we’ve crafted to suit our purposes, courtesy of cinematographer Nicholas de Pencier (Baichwal’s creative and staff partner), alongside John Price.

Yet a large part of In the weedsThe action takes place within the stuffy, bland confines of a courtroom – not exactly Baichwal’s natural habitat, and a place where, without the aid of sexy actors playing lawyers and the dramatic friction of timelines compressed narratives, documentary drama will usually die. Yet through deft editing and a keen eye for detail, Baichwal manages to compress the Johnson v. Monsanto Company case into a superbly paced and tight thriller. Check it out before you head to the garden center this weekend.

Plan your screen time with the weekly What to Watch newsletter. Register today.