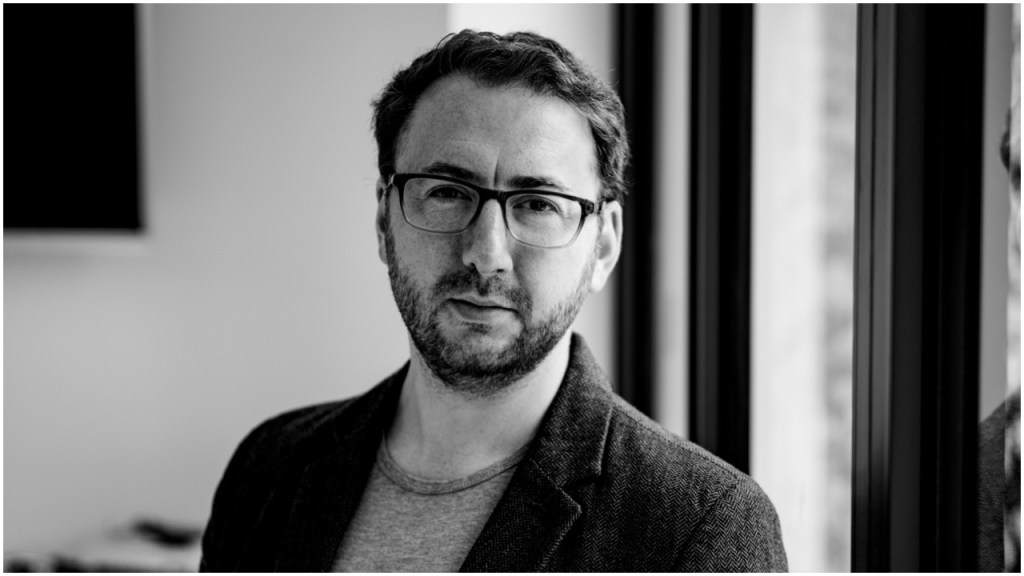 Rise Films is nearing the end of what has been a monumental month for the London-based production company. Last week, HBO Max launched the company’s two-part documentary George Carlin’s American Dreamwhich chronicles the comedian’s five-decade life and career with Judd Apatow in the director’s seat.

The Oscar and Emmy-winning company also saw its documentary, anything that breathes, by Shaunak Sen, sold to HBO Documentary Films earlier this week before it premiered in the Special Screening section of Cannes last night. Last week Deadline revealed that the company would produce a historical documentary on Sky Once upon a time in Londongrad with Hulu’s We work director Jed Rothstein. The NBCUniversal project explores 14 mysterious deaths in the UK with alleged links to Russia over the past two decades.

It marks the culmination of the company’s 15-year rise to forge itself as one of the key players in independent documentary in the UK and, for Teddy Leifer, who co-founded the outfit in 2007, it has been a journey that he wouldn’t change. .

“When we started Rise Films, nobody really paid attention to documentaries,” he told Deadline. “Producers of feature documentaries were essentially considered amateurs. We weren’t really in the film world or the TV world and there was a bit of scratching in the corners of both.

The company opened its doors with the moving and inspiring story We are together, which Leifer, managing director of Rise Films, produced under the direction of Paul Taylor. The title, about 12-year-old Slindile and her friends from the Agape orphanage in South Africa, has won more than 20 major international film awards, including Tribeca, Edinburgh and IFDA.

Since then, the company’s productions have included the Emmy-winning The Unseen War and SwitchesRussian Oscar-winning doping doc Icarus, Joint and Dream Catcher. It worked with a wide range of broadcasters and streamers ranging from Netflix and Hulu to NBCUniversal, ITV and Film4.

For Leifer, the decision to venture into the documentary sphere in his early days “wasn’t a business decision, it was more of a passion decision”, noting that until the recent streaming boom made documentaries more widely accessible to global audiences, documentary producers were seen as “bad businessmen”.

“But it’s a good time for us now because it means we’ve learned our skills and had the great experience of working with wonderful directors on a nursery track that maybe wasn’t as pressured than it is now,” he says.

Indeed, the company has worked with a range of top talent, including repeat deals with veteran British documentary maker Kim Longinotto, as well as reuniting with Taylor for a political thriller. The Art of Political Murder, set in the troubled world of post-war Guatemala. George Clooney and Grant Heslov were the executive producers of this project.

Leifer’s company is bolstered by a strong in-house team of developers and producers working across nonfiction, fiction, and comedy. When it comes to choosing projects, he says the company remains “agnostic” when it comes to themes.

“We’ve made a number of positive social impact films, but we’re not looking to make films to change the world – we’re looking to develop things that really interest us with great filmmakers and with great non-filmmakers. fiction,” he says. “Our current roster is broad in terms of taste, but what connects them is that they are stories that fascinate us and they are all led by teams of directors and producers from first class but with different levels of experience.”

He points to his recent experience with Sen on the Cannes title anything that breathes, as a key example of the kinds of directors and projects that make them sit up and take notice. The project, which won the World Cinema Grand Jury Prize: Documentary in Sundance earlier this year, follows the lives of two Indian siblings in Delhi who work in their abandoned basement to rescue and care for injured birds.

“Shaunak had a very clear vision of how he wanted to make his film and he never gave up on it,” Leifer said. “He’s been the most incredible collaborator and what you really hope for in a director is someone who has a vision and executes it and he had it from the start and was incredibly compelling in conversation. He must be one of the brightest people I have ever met.

This is Sen’s second feature film and while Rise Films is keen to work on titles with talented, up-and-coming directors who can play on the international festival circuit, the company also has the muscle and experience to work. with more seasoned directors like Apatow.

Leifer had long been a fan of comedian Carlin, someone he considers “the Beatles of comedy – he’s as good as they come.” A few years ago, he approached Carlin’s daughter, Kelly, and her former manager, Jerry Hamza, about the idea of ​​making a documentary. They had, of course, been frequently approached by various companies to do something similar on George. Eventually, Kelly Carlin and Hamza gave the green light to Leifer and his team.

“Maybe it was the British charm or they trusted me because I kept calling them long distance so they knew I was serious,” jokes Leifer. “But they understood right away that we didn’t want to do anything extremely conventional and they knew that if they worked with Rise, it would be something that we would have editorial control over.”

It was while working on The Art of Political Murder with HBO when the network, which had heard that he was working on the doc Carlin before the executives, suggested he approach Apatow to direct it. “The conversation went very quickly, they set it up immediately. It was a good game. We went into production as fast as we could.

Once upon a time in Leningrad is the latest project from Rise Films. It produces in association with Universal International Studios, BuzzFeed Studios and Concordia Studio. The project, which examines Vladimir Putin’s two decades in power and how that made the UK heavily dependent on Russian money, leading to missed opportunities to contain the Kremlin.

“It’s incredibly timely,” says Leifer. “We are very aware of the current situation and it really ends up being an origin story.”

He notes that this increased appetite for the documentary sphere fuels ambition. Budgets are growing in the non-fiction space — “and so they should because the audience is there” — and there are, he says, plenty of other great ways to fund films.

“It used to be that if you took a documentary film to Sundance and HBO or Netflix or Showtime didn’t buy it, you might not get it back, but there are amazing global buyers and better ways to sell your films,” he says. . “You don’t have to sell a movie just to tiny TV licenses around the world if you don’t have a big worldwide sale in the United States. There are many more significant buyers right now.

Although Rise Films has enjoyed success in the documentary sector over the past decade, the company does not work exclusively in this genre. The outfit are currently filming their feature special on the hit ITV2 comedy plebs, which concludes the series’ five-season run. The show, which first aired on ITV2 in 2013, follows Marcus (Tom Rosenthal), his slave Grumio (Ryan Sampson) and, in recent series, Jason (Jonathan Pointing) as they live in ancient Rome.

Teddy Leifer’s brother, Sam Leifer, runs the company’s comedy division, which has many projects in development.

On the drama side, Leifer says it’s a “natural progression” for the company to move into the factual drama space and its first major drama television series on the doorstep is dubbed thank you and goodbyeabout the phone-hacking scandals that shook the very foundations of Rupert Murdoch’s media empire in the early 2000s.

“We’re not really here to say we have to do a feature or a drama, but we look at things and think, ‘What’s the best version of this story?’,” Leifer explains. “And with this story, we thought, rather than doing a top-down version of it, we wanted to tell the story of the pirates at ground level and it naturally felt like a drama.”

They collaborate with Saul Dibb, director of The Salisbury poisonings, a hit drama for BBC One. “He’s someone I’ve wanted to work with for years – it’s a great collaboration.”

For Leifer, he thinks the trajectory of documentaries and their global appeal is just beginning.

“People talk about this ‘golden age’ of documentary that we’re in right now, but I don’t think we’re anywhere close to it,” he says. “I think non-fiction is years away from its prime because I don’t think we’ve seen the best work from the best directors and producers yet. The stage is set but I truly believe that the best is yet to come.