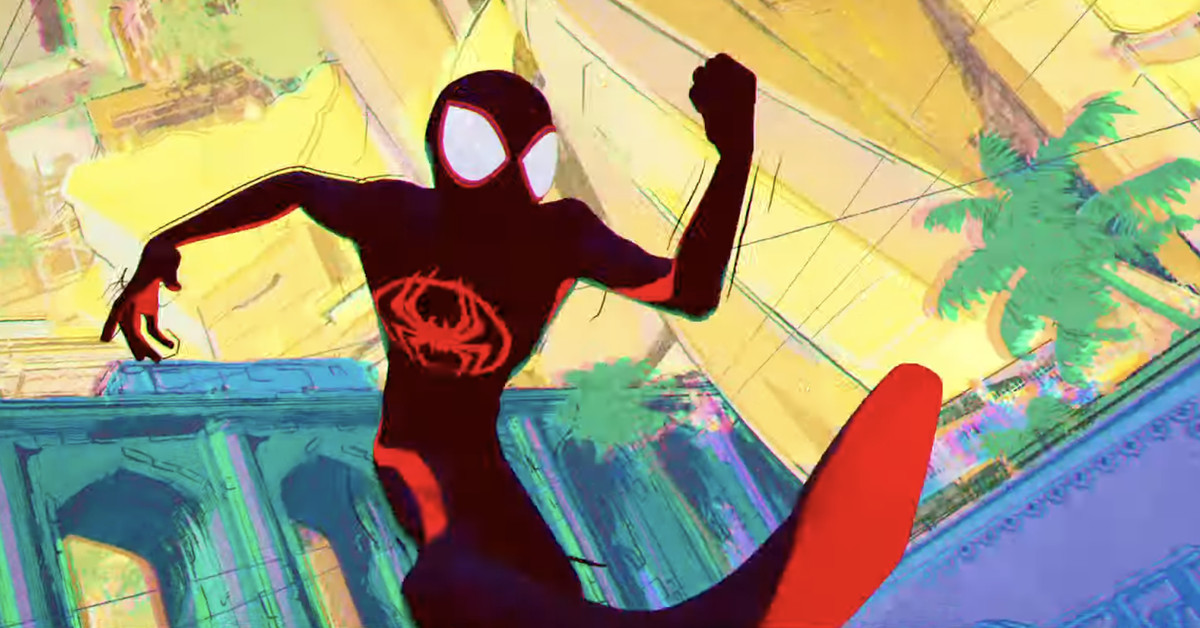 The first trailer for the highly anticipated anime sequel Spider-Man: Into The Spider-Verse just dropped, revealing both the title – Spider-Man: Through the Spider-Verse (Part 1) – and the surprise that Miles Morales’ next adventures are in fact a two-part affair.

The first look trailer picks up where the last Spider-Verse movie left off: with Miles (Shameik Moore) lying in bed, before a portal to Gwen Stacy (Hailee Steinfeld) and her universe collapsed. open.

From there it seems that Through the Spider-Verse (Part 1) will try to outdo the already stellar animation of the original film, with Miles bouncing through multiple animated universes in a variety of artistic styles as he takes on Spider-Man 2099 (Oscar Isaac, who voiced the character in the post-scene scene). first film credit.)

According to the official description, the upcoming sequel “will transport full-time, friendly Spider-Man from Brooklyn across the multiverse to join forces with Gwen Stacy and a new team of Spider-People to take on a villain more powerful than anything else. ‘they’ve never met.

Sony does not say who this villain is (although it is possible that the film was inspired by the 2014 Spider-Verse comic crossover, which saw the Spider-People of the multiverse attacked by Morlun and the Heirs), though whatever the threat looks like it can’t be contained in just one movie.