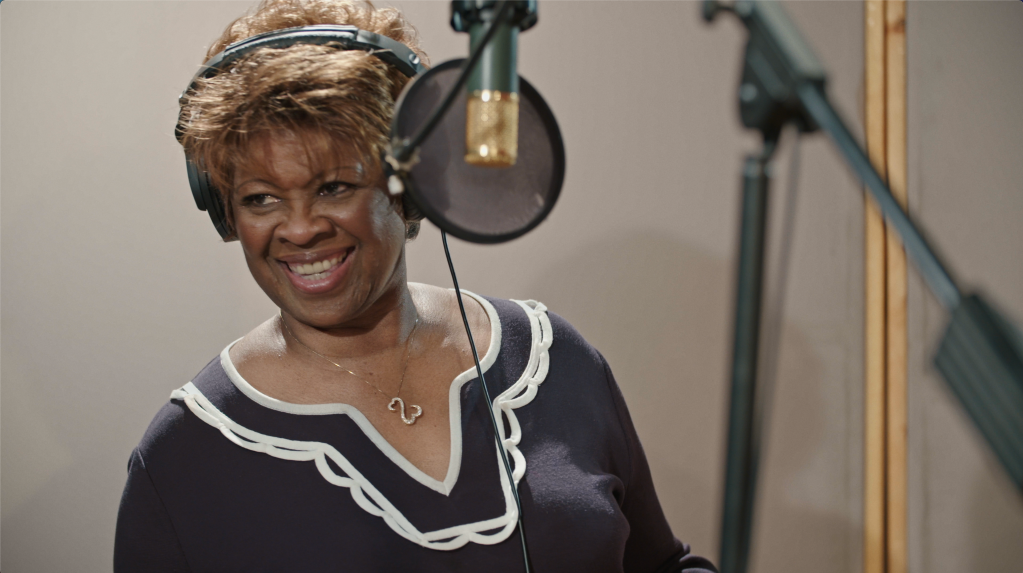 ‘Take Me to the River: New Orleans’: Music Doc on the City’s Melting Pot

The last time there were as many paperclips in a movie as in “Take Me to the River: New Orleans,” Harold Hill was probably leading a parade. The continued revitalization of Crescent City’s music culture really feels like something out of a horn seller’s fever dream, with younger generations happily embracing New Orleans’ traditional second-line culture in ways that can only make the aging elders of other regional music scenes. green with envy. It’s this cross-generational mix, as well as the city’s world-famous melting pot of styles, that director Martin Shore aims to celebrate in his latest documentary, much of which consists of recording sessions he set up that promote collaborations between the old guard and the new. The fiery end result suggests that New Orleans might be the only major city in America without a musical generation gap to speak of.

In “Take Me to the River: New Orleans” (which opened in its title city last week and moves to New York and LA this weekend), performances begin with ’60s hitmaker Irma Thomas dueting with Ledisi, the 21st-century Grammys favorite. From there we get the late Dr. John with his young relative Davell Crawford and Cyril Neville with Dumpstaphunk, among other examples. Soul legend William Bell is joined by Snoop Dogg and G-Eazy on a breakthrough cover of Allen Toussaint’s “Yes We Can Can” hit, which is likely the only time Snoop will be the featured artist on a track. which hinges on the repeated use of the word “darn”. (It’s unclear why Snoop, a guy from Cali, is in the film, but he’s credited as an executive producer, so maybe doing God’s work on a project like this has its privileges.) A session has brass greats Donald Harrison and Christian Scott meet the “Tipitina Trainees”, experience a traineeship that is about 10,000% more fun than any other apprenticeship known before.

What the filmmaker also provides, between the live recordings, is a glimpse into the past and present of New Orleans music that covers surprising historical ground for a span of less than two hours. Most topics are covered so briefly that you might wish Ken Burns made a miniseries that allowed each topic or style to be discussed quickly to get its own hour-long episode. When it is mentioned that traditional music was well out of New Orleans in the 1950s, before a resurgence of interest that turned into a tidal wave, one wonders why. There’s no time to find out, as the film moves on to other fascinating subjects, like the Mardi Gras Indians and their mix of colorful disguises and battle-ready ferocity. (“There’s a warrior culture, but for the most part it’s about being pretty,” says one participant.) A subject that gets a bit more screen time, for briefly sad effect, is Hurricane Katrina, which scattered many musicians who once were close-knit neighbors from other cities and states, some never returning.

But it’s easy to forgive how quickly Shore moves past the burning historical questions it raises or the thematic rabbit holes it explores so quickly, because the performance sequences are really the film’s main raison d’etre. The history and context of the interstitial? It really is gravy on the okra, so to speak.

“Take Me to the River: New Orleans” devotes enough screen time to these musical sequences, in fact, that it almost falls into the “concert film” genre, even though nothing was shot during ‘a concert. What happened during the studio performances captured by Shore is arguably one last waltz, of sorts, given the inevitable changing of the guard. Four people who appear have died since the performances were filmed – Art and Charles Neville in 2018, Dr John in 2019 and hip-hop artist 5th Ward Weebie in 2020 – so time was not wasted when it came to to obtain a cross-section of generations on film. (If only he had started filming in time to get Toussaint, who died in 2015 and is the subject of much discussion towards the end of the film.) The brothers as a group, as they had called it, stopped play in 2015, but briefly reunited to film a reunion that brought their children and grandchildren. It would be easier to feel saddened by these losses if the screen didn’t fill with so much joy – an exuberance that also makes you forget how much recording studios initially appear.

The film doesn’t always believe an audience will relax in these studio sessions. At the start, especially, there is an overabundance of cutting, as if a summit between Irma Thomas and Ledisi had to be staged as a wacky comedy. On more than one occasion there is the irritation of having songs interrupted so that we can hear a voiceover about the importance of carrying on the musical legacy, as if anyone who sat down to watch this needed to the homily. But ultimately the film finds its own rhythm. A film that includes this disproportionate number of global syncope experts would be hard pressed not to.