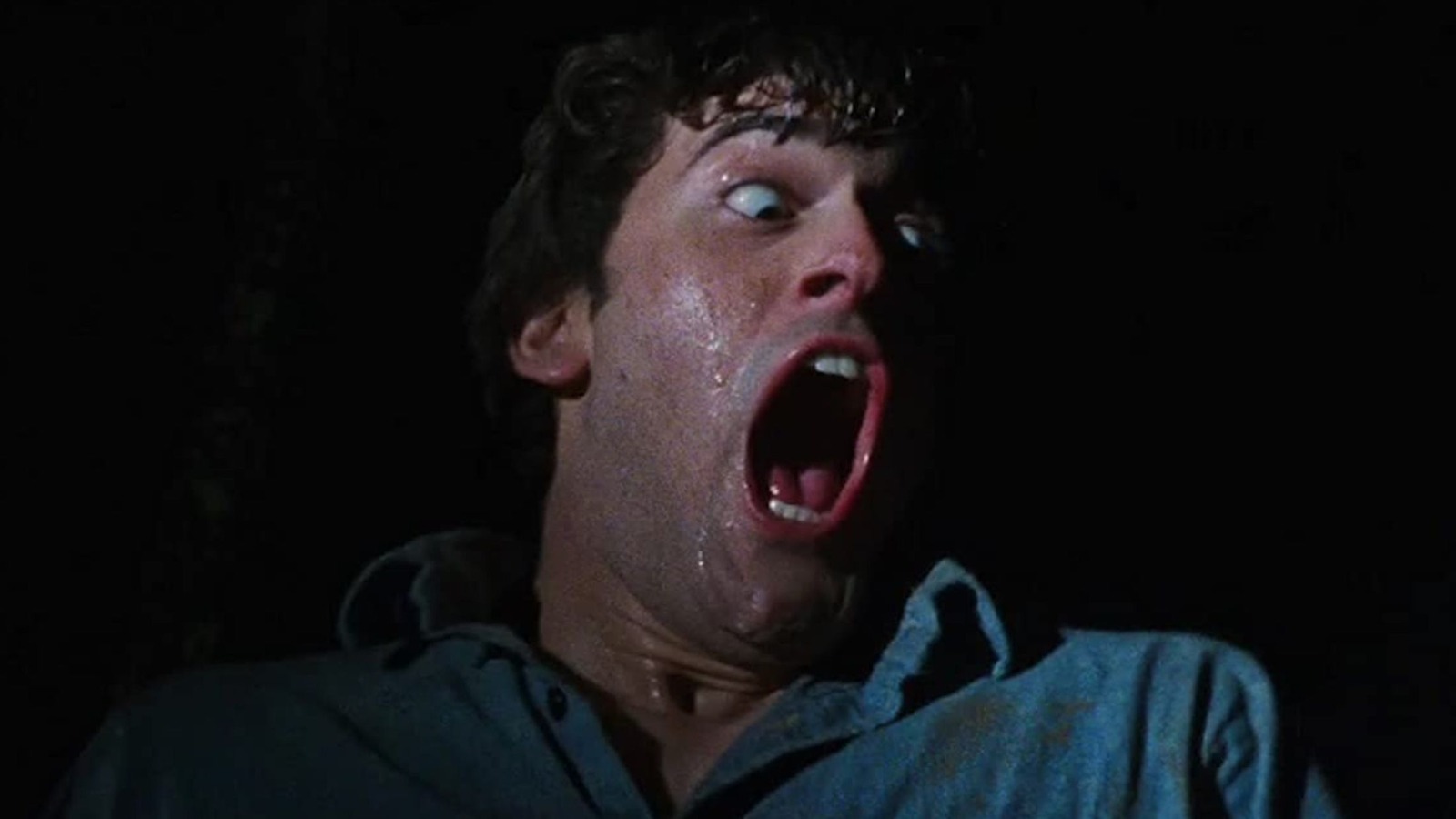 The makeup and effects of “The Evil Dead” were done by the now legendary Tom Sullivan, a friend of Sam Raimi. The two had a mutual enthusiasm for gore and stop-motion animation, and they worked together on all three “Evil Dead” movies. Sullivan was one of the original artists who came up with the aforementioned blood recipe (red food coloring, Karo syrup, and coffee; make it today!) As well as the designer of the movie’s Necronomicon.

The effects of “The Evil Dead”, like every element of “The Evil Dead”, had to be done on the cheap. the production was wild, dangerous, tiring and quite miserable for most of those involved; Campbell has talked a lot about the discomfort of the shoot and Raimi claims he was working so hard on the film that he passed out. It was also a time when safety wasn’t necessarily the biggest concern on film sets, so the shotgun shots you see weren’t white. Also, Campbell admits that a rogue filmmaker forced him, strength I tell him, ingesting cannabis during production. It’s a bit of a miracle that no one was seriously injured during the filming of the film.

When it came to creating demonic and gore effects for â€œThe Evil Dead,â€ Tom Sullivan had to get creative. He also wanted more than the usual blood and was, perhaps momentarily, aware that too much traditional red blood would get them in trouble with the MPAA. As such, the demons of “Dead” must have looked, in Sullivan’s words, “as if their biology has changed.”