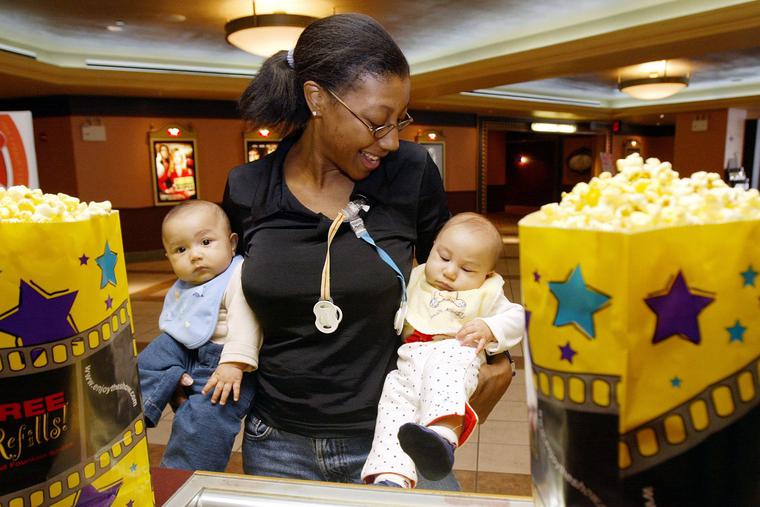 In this new series, I hope to help Catholic families live what I did as a child: make popcorn and watch good movies as a family.

Growing up in the 1970s and 1980s, I spent many Saturday nights watching old movies carefully selected by my parents. My mom and dad called them “classics”. These movies largely consisted of war stories, courtroom dramas, thrillers, comedies, westerns, and even the occasional musical.

I miss those Saturday nights so much, and not just because it was fun watching my mom sing with actresses or hearing my dad quote lines from movies he’d seen dozens of times. Looking back, even though I didn’t understand it when I was a kid at the time, my parents taught me virtue through movies. And learning virtues like faith, hope, charity, perseverance and courage through film can be an inspiring process.

These classics were good in absolute terms, but given most of Hollywood’s recent offerings, they shine even brighter on a comparison. With their growing emphasis on blasphemy, sadism, and grave breaches of the Sixth and Ninth Commandments, many new films are morally inaccessible to Catholics.

I have also grown weary of current portrayals of non-virtuous heroes, largely because I view this as a contradiction; after all, virtue is the stuff of heroes. But I remember a time in Hollywood when movie heroes were heroes becausethey practiced virtue. I remember a time in Hollywood – and it’s perhaps almost impossible to believe today – when Catholics and the Catholic Church were portrayed positively in movies.

As our family watched The Fighting Sullivans a few saturdays ago i kept thinking that young families should be able to sit down and watch some good movies together. Movie nights should be a time to bond, teach, and learn. And here’s the good news: those movies haven’t gone away. In fact, almost every old movie I saw growing up is available for instant download through various services.

But first you need to know they are there. And I want to help with that discovery process. In the coming weeks I will be writing a series of new blogs called The New, Old Movie Review. In this one, I’ll be highlighting some of the classic films of yesteryear.

These are old movies, so I probably won’t review everything produced in the last five decades. Certainly, excellent films were made during this era, but they are generally better known. Older movies deserve the attention they’ve been missing for decades; in fact, many old movies never got the attention they deserved. It’s a wonderful lifefor example, only achieved modern popularity due to a copyright error.

But there is another reason to go back five decades or more, and it is something CS Lewis commented on in his Introduction to Saint Athanasius. On the Incarnation. Lewis writes:

Each age has its own vision. He is particularly good at seeing certain truths and particularly susceptible to certain errors. So we all need books that will correct the characteristic errors of our own time. And that means old books.

I hope Lewis would agree: it also means old movies.

I will use two basic texts to determine the quality of a film: Aristotle Poetic and Aquinas Treaty of virtues(with particular emphasis on the latter). Simply, does the film illustrate virtue and inspire virtue? And what virtues precisely? I will also lean heavily on my good friend, Dr. Onalee McGraw of the Educational Guidance Institute, an organization that seeks to teach truth and beauty through film.

To move forward with this business, I appreciate your feedback. Above all, I hope to help Catholic families experience what I did as a child: make popcorn and watch and learn good movies as a family.