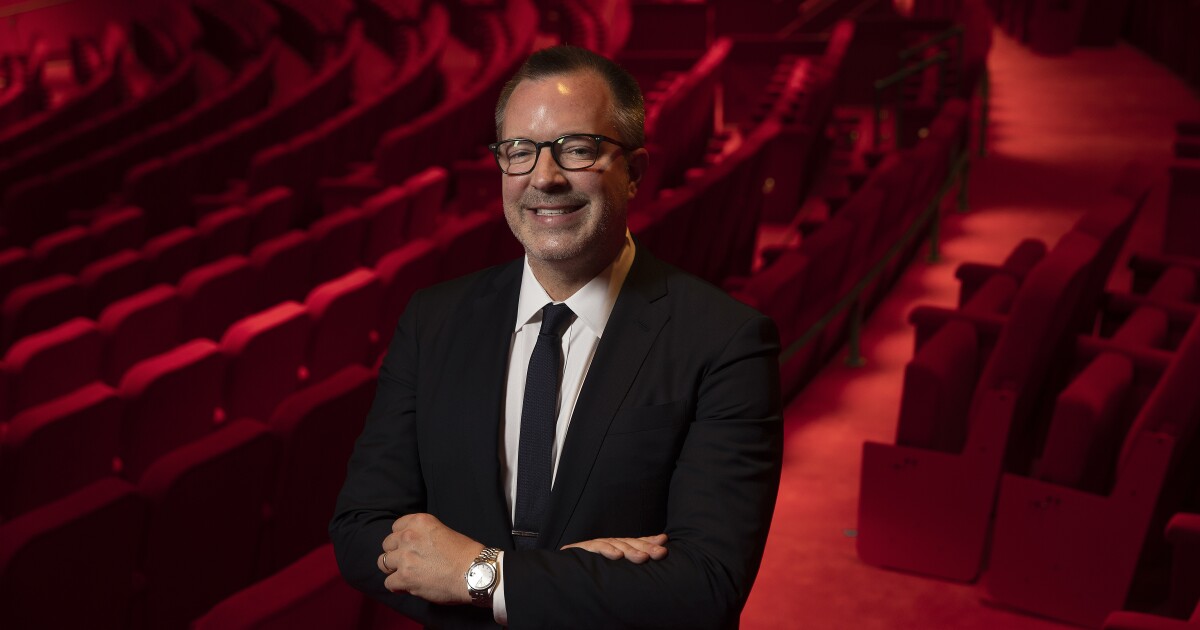 On Tuesday, the Academy of Motion Picture Arts and Sciences announced that Bill Kramer will become the organization’s new CEO following the departure of Dawn Hudson, who led the academy for 11 transformative and at times tumultuous years.

Kramer, who has served as director and president of the Academy Museum of Motion Pictures since 2019, will assume his new role on July 18. Hudson, who announced in October that she would be stepping down, will remain at the academy as an advisor during the transition. The organization is expected to appoint a new museum director soon.

As chief executive, Kramer will be responsible for leading the organization’s more than 10,000 members and overseeing the Oscars as well as the institution’s archival collections, the Academy Museum and group initiatives in education and emerging talent.

“It is the great honor of my career to take on the role of CEO of the Academy,” Kramer said in a statement. “I deeply believe in the power and the art of cinema. I so look forward to galvanizing the Academy’s unrivaled assets – the Oscars, our global community of more than 10,000 Academy members, and our museum, library and archives – to promote and elevate the arts and film science and inspire the next generation of filmmakers.

In a statement, Academy President David Rubin credited Kramer’s management of the museum, which opened in September after years of protracted delays and budget overruns, for giving the board confidence. administration of the 54-member academy, in his ability to lead the sometimes turbulent organization. faces significant challenges ahead.

“Bill Kramer was a transformational leader in creating the Academy Museum of Motion Pictures as a beacon for moviegoers and a manifestation of all that the Academy stands for and celebrates,” said Rubin. “His vision for the future of the Academy is equally bold and inspiring, and our Governors agreed he was the ideal choice to lead at this pivotal time for the organization. We believe Bill has the ability to bring all corners of the film community, and we are thrilled to have him in this role to elevate the organization and unite our global members.

The main challenge Kramer will inherit is trying to preserve the future of the Oscars, which for years has been plagued by declining ratings and existential anxieties over the films themselves.

This year’s telecast, which was marred by hideous controversy after Will Smith punched Chris Rock on stage before winning the lead actor award, drew 16.6 million viewers, up 60% compared to the all-time low of the previous year, but still the second lowest audience. ever and well below the more than 40 million viewers the show drew just eight years ago.

Deepening a sense of crisis around the awards, an effort to shake up the show’s nearly century-old format by awarding eight categories to technical shorts and in the hour before the live show began sparked weeks of bitter protests. within the academy, including from some of the industry’s most prominent filmmakers, such as Steven Spielberg, Jane Campion and James Cameron.

For the academy, Kramer represents a trusted, battle-tested insider who, in his role as museum director, has proven adept at bringing together disparate viewpoints – a key trait for someone leading such a group. filled with loud and sometimes discordant voices than the academy.

After years of delays, cost overruns and infighting, Kramer oversaw the completion of the museum’s $388 million capital campaign and established an ongoing $40 million annual operating revenue program. which includes membership and ticket sales as well as an annual gala. and other events. According to the academy, under Kramer’s leadership, the museum sold more than 550,000 tickets in its first nine months, with its retail store generating sales of more than $5.5 million.

In his statement, Rubin added a note of appreciation for Hudson’s tenure, which has seen the academy dramatically redo its historically white male-dominated roster in the wake of the #OscarsSoWhite controversy, more than doubling the number of women and people of color in the ranks of the organization.

“She has launched unprecedented efforts to create more space for diverse voices, both within members and within our industry,” Rubin said. “She tirelessly led our long-awaited museum through to its opening and strengthened the financial stability of the Academy, enabling us to develop programs and provide mentorship to those in front of and behind the camera. Our gratitude for his accomplishments and guidance is immeasurable.

In his own statement, Hudson expressed his gratitude for the opportunity to lead the organization and his confidence in Kramer as his successor. “I’ve worked with Bill for nearly a decade, and no leader is more innovative, more connected to artists, or more passionate about the opportunities before us than him,” Hudson said. “The Academy and the Academy Museum are in good hands.”