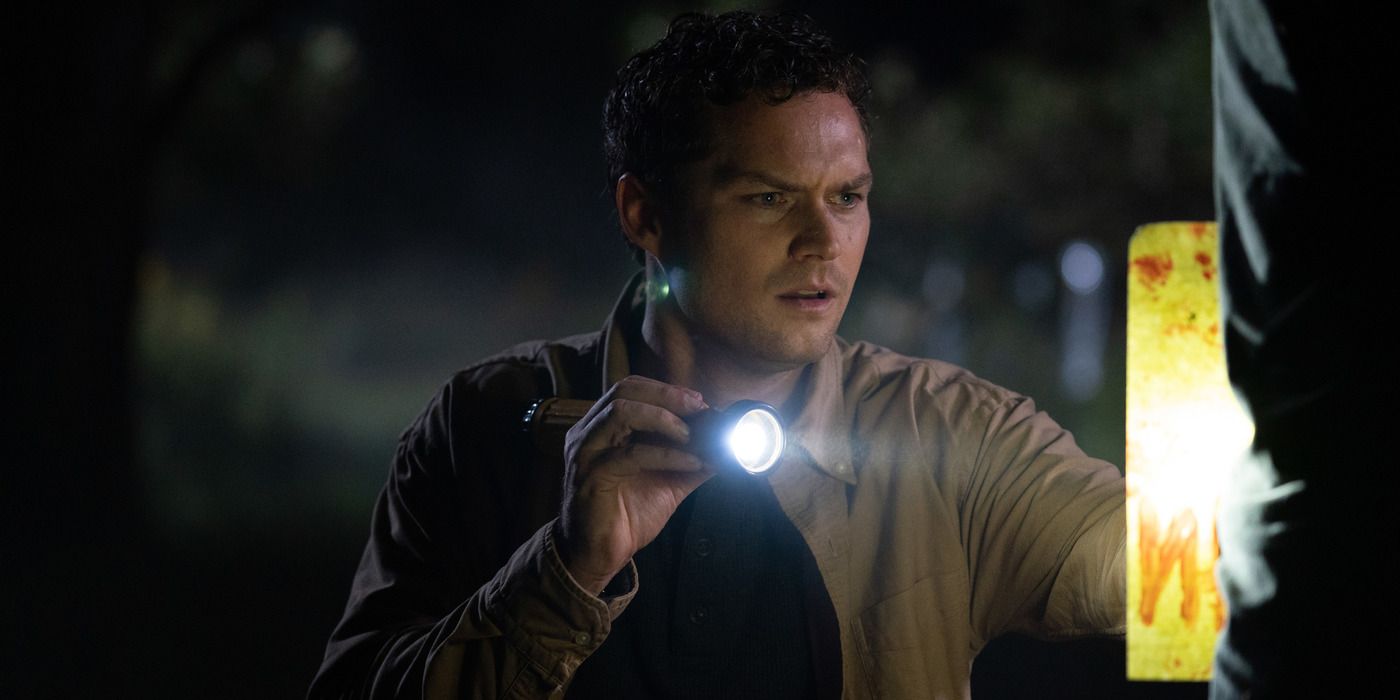 The new psychological thriller from Epix, The visitorjust received an official trailer from Paramount Movies. The visitor will follow a man whose life descends into chaos after he finds an old portrait of his doppelganger in his wife’s childhood home. The film is directed by Justin P Lange from a script of Adam Mason & Simon Boyes. The visitor stars finn jones (iron fist), Jessica McNamee (The mega), Danish Rhodes (The Magnificent Seven), and Donna Biscoe (The basics of support).

The new trailer indicates that The visitor will be a mind-bending thriller in the vein of Jacob’s ladder. The trailer begins with Robert (Jones) moving into his wife Maia’s (McNamee) childhood home and finding a strange portrait he thinks looks like him. As the trailer progresses, the townspeople begin to treat Robert strangely, and our protagonist begins to become paranoid that everyone around him is involved in some sort of plot involving himself. and this picture. Based on the official trailer, The visitor seems to be a modern gothic that will most certainly disturb the heads of its audience.

The visitorThe runtime is currently 86 minutes and the film is unrated by the MPA. Director Lange previously helmed the independent horror films darkness and The seventh day while writers Mason and Boyes penned the thriller Songbird and an episode of Hulu’s In the dark. The upcoming thriller is backed by Blumhouse, with Jason Blum serving as executive producer. Bradley Pilz, Greg Gilreath, Adam Hendricks, Jeremy Gold, Chris McCumber, David Groveand Churchill’s visit all also serve as executive producers. The visitor is actually one of eight films that are part of a deal between Blumhouse Television and EPIX. Blumhouse and Epix have already released the films The Deep House, A House on the Bayou, American refugee, broken hearts, and Inhumanwhile There’s something wrong with children and Invisible still waiting to be released.

The visitor will be released on digital and on-demand on October 7 before streaming on Epix sometime in December. Check out the official trailer, synopsis, and poster below:

“When Robert and his wife Maia move into his childhood home, he discovers an old portrait in his likeness in the attic – of a man referred to only as ‘the visitor’. Soon he finds himself descending down a creepy rabbit hole to attempt to uncover the true identity of his mysterious doppelganger, only to realize that each family has their own terrifying secrets.”

Why loan forgiveness may not solve anything