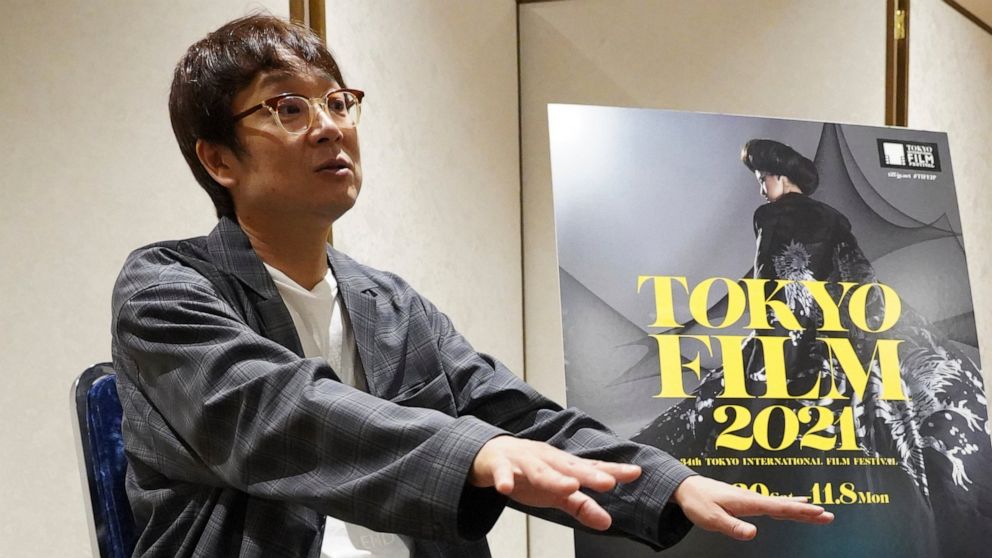 TOKYO – Boxers, janitors, fishermen, the heroes of Keisuke Yoshida’s films are the angst-filled losers of Japanese society, battling through thick and thin in a violent, imperfect and often mad world.

The Japanese director and his last three works are presented at the Tokyo International Film Festival, which opens on October 30.

â€œWhen you think of how the world can become a better place, what is at the root of the problem is a lack of imagination. The theme of my last film is about this sensitivity, the ability to imagine even a little what others may be going through, to overcome and lessen divisions, â€Yoshida recently told The Associated Press.

Yoshida’s works explore the dark side of the human condition, such as petty jealousies and shameful guilt, though he insists he believes in the potential for change, which he calls “taking that first step.” out of desperation.

In â€œIntolerance,â€ which Yoshida also wrote the screenplay for, Arata Furuta delivers a heartbreaking performance as the stoic lead character, who loses her daughter in a car crash. The fisherman never fully expressed his love for his daughter during her lifetime and is unable to recover from her death.

He relentlessly pursues a grocery store manager whom he accuses of his daughter’s death because the manager pursued the young woman suspected of shoplifting. The film portrays how Japanese society, often working as a claustrophobic village, ostracizes and punishes what it considers to be misguided individuals. The frenzied mass media are adding to the pressure.

Still, the heartbreaking ending expresses that little hope Yoshida has in mind in all of her films.

â€œThere is the theme of what is good versus what is bad, which is easy to understand. But on another level, I wanted to show how each individual deals with what is lost. This is how I started this story, â€he said.

Another feature film from the festival is â€œHime-Anole,â€ based on a Japanese manga or comic book, focusing on two young people cleaning buildings. They meet a former classmate, who, in the end, has become a serial killer.

The title refers to a lizard and symbolizes a life meant to be consumed as food by a stronger predator.

Yoshida, 46, had been keen to become a director since he was in kindergarten, “because I wanted to meet Jackie Chan,” he jokes. He has yet to meet the Hong Kong superstar.

Yoshida was a loner growing up so he started boxing instead of team sports. He got so good that he was a training partner for a professional fighter until a few years ago. He still boxes to stay in shape, a devotion he has nurtured for over three decades.

This experience was useful for “Blue”, also presented at the festival. Kenichi Matsuyama plays the hero, a boxer without a victory. The title refers to the blue corner of the ring, reserved for the lower rank boxer.

â€œYoshida’s ability to bring out such drama in ordinary people is something to see. It is a great pleasure to showcase his work, â€said Shozo Ichiyama, festival programming director.

Yoshida worked with legendary author Shinya Tsukamoto, who directed “Tetsuo” and “Fires on the Plain” and starred in “Silence” by Martin Scorsese. Yoshida said that Tsukamoto controls every detail of making a movie so meticulously that he’s learned to be the exact opposite, to let go and to leave some things to improvisation and chance.

But, after all these years, becoming a filmmaker, by definition a huge group effort, has transformed this once lonely child into a team player.

â€œI forcefully changed my character because I want to make films,â€ Yoshida said.

His next work is “a dark comedy,” a quirky love story, he says, quite different from recent films.

This year’s festival, which runs through November 8, also features Asian and Japanese animated films, as well as a 4K remastered “Family Game” directed by Yoshimitsu Morita, to commemorate the 10th anniversary of his death. The opening film is “Cry Macho”, directed by, produced by and performed by Clint Eastwood. The closing film is “Dear Evan Hansen”, a coming-of-age musical film by Stephen Chbosky.