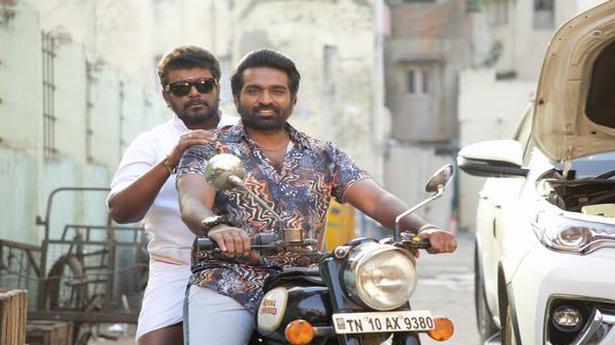 When we think of one-upmanship, it’s mostly different personalities and people from different strata of society.

In the latest Tamil version Tughlaq Durbar, Singam (Vijay Sethupathi) and Rayappan (Parthiban) are two different people; the first is a thondan (worker), and the latter is his thalaÃ¯var (leader). But let’s take a look at the actors who play them: Vijay Sethupathi’s laid-back approach has been most effective in recent years, making him an audience favorite, while Parthiban has proven since the ’90s that he is endowed. with a phenomenal gift. chatter.

Also read: Get â€œFirst Day First Showâ€, our weekly cinema newsletter, delivered to your inbox. You can register for free here

The two came together in Naanum Rowdy Thaan (2015), an irreverent film that contained tons of comedy and performed brilliantly. They recreate this to a large extent in Tughlaq Darbar, a political drama that infuses funny lines and emotion to a considerable extent.

Singam admires Rayappan and wants to be like him, but his situation changes dramatically when he is hit by a jealous party member. Will these new circumstances, in his pursuit of political greatness, lead him down the path of good or bad?

Vijay Sethupathi doesn’t do anything drastically different from what he’s done in movies like Pizza and Naduvula Konjam Pakkatha Kanom, but that it takes place in a political middle – where people try to get ahead of each other at all costs – is refreshing (the segment involving a mirror is the one Sethupathi has).

Director Delhiprasad Deenadayalan also seems to have a good sense of comedy writing; another scene in which a few people are waiting for a phone call is a riot of laughter. We would have liked there to have been more of that, rather than the filmmaker’s idea of â€‹â€‹advancing a great comedic montage with colors of revolution (literally). It doesn’t help that some of the supporting characters, with the exception of Vasu (Karunakaran), are not well written; Manimegalai (Manjima Mohan) seems to just be thinking about what’s going on, while the romance angle with Kamatchi (Raashi Khanna) seems to be there just for the fun of it. Fortunately, we get an interesting song in Kami Kami, composed by Govind Vasantha and written by Karky.

The movie’s biggest USP is the interesting assortment of actors thrown into the mix; Vijay Sethupathi (showing a lot more goal than he did in his other recent version Laabam), Parthiban (the nakkal in him is still intact) and even Sathyaraj. With all of them in decent form, he seeks to answer the very important question that Kamal Haasan was asked in the classic. Nayakan: “Neenga nallavara kettavara? ”

Well the answer is within you.

Laura Wimbels of The Big Bad B-Movie Show Celebrates New Late Night Time Slot, Laments What This Means For Some Of The Show’s Most Loyal Viewers – The Prisoners