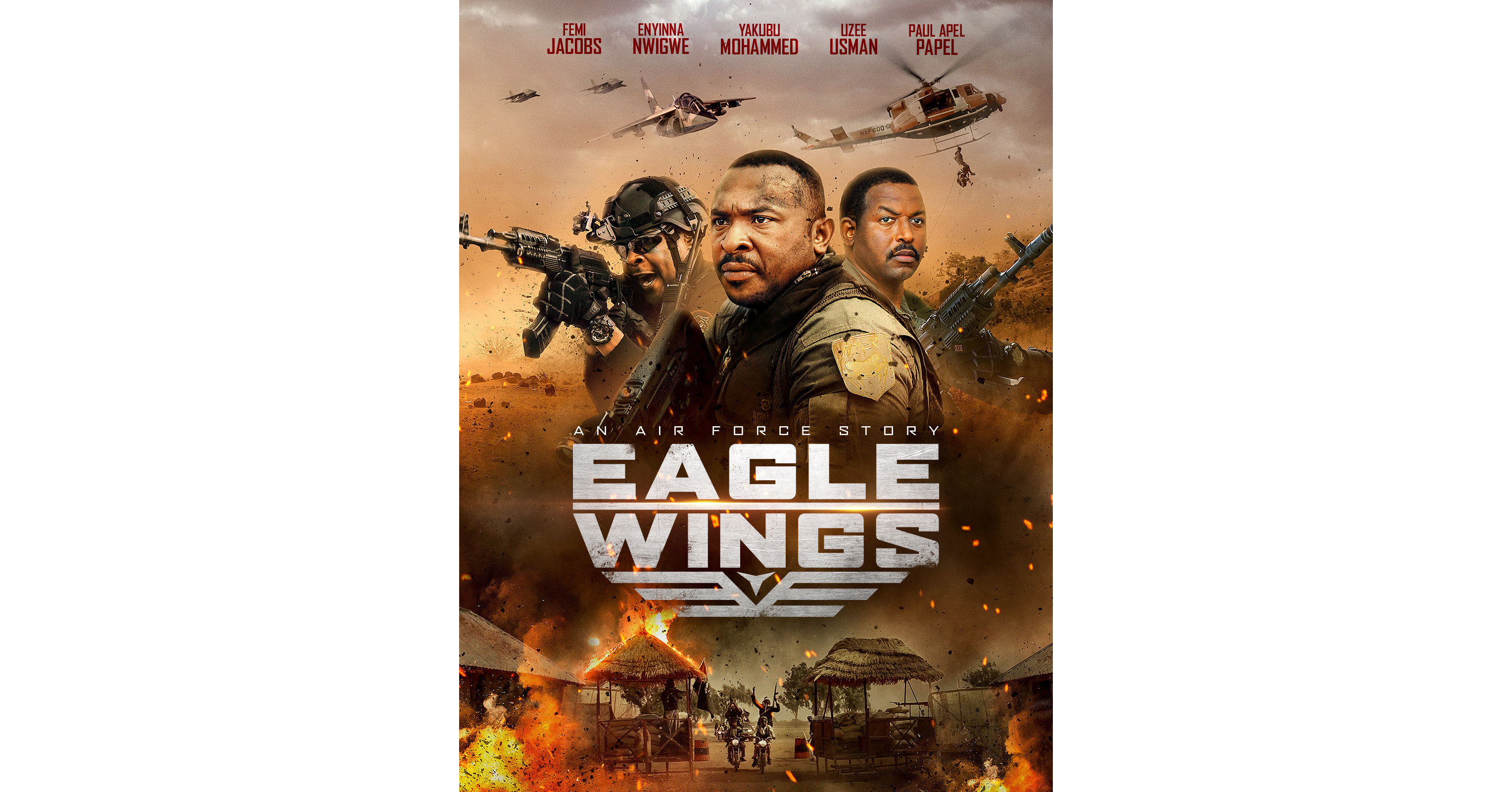 LOS ANGELES, April 19, 2022 /PRNewswire/ — Vision Films, Inc Set to Release Action Movie eagle wings on VOD on May 17, 2022. The writer/director’s film Paul Apel Papel was shot entirely on location in Nigeria and is one of Vision’s emerging catalogs of prolific filmmakers from the region. eagle wings depicts the insurgents’ ongoing devastating regional conflicts, their pervasive distrust of the government, and the mission of those trying to diffuse war against overwhelming odds. The production value of the aerial fighter jet scenes as well as ground combat add to the realistic and epic scope of the film.

Synopsis: As insurgents invade territories and kill civilians, the Nigerian Air Force is called in to bring peace to the region. When a recently married commander is lost behind enemy lines, his brothers in arms swear to his wife that they will bring him back safe and sound. The rescue mission takes them through a war-torn area and straight into a terrorist stronghold where loyalties are being tested.

Lise RomanoffCEO/Managing Director of Vision Films shares, “eagle wings is the perfect blend of an epic war movie and a romance.”

Director Paul Apel Papel adds, “eagle wings is a fictional reconstruction of real events of insecurity in Nigeria. I am happy to share the film with the world.”

eagle wings will be available on cable, major streaming platforms, and on DVD in the United States and Canada.

About Vision FilmsVision Films is a leading independent sales and VOD aggregator specializing in the licensing, marketing and distribution of over 800 feature films, documentaries and series from some of the world’s most prolific independent film producers. Directed by Lise RomanoffManaging Director/CEO Worldwide Distribution, Vision Films releases 2 to 4 films per month in theaters, VODDVD and TV platforms. Visionfilms.net