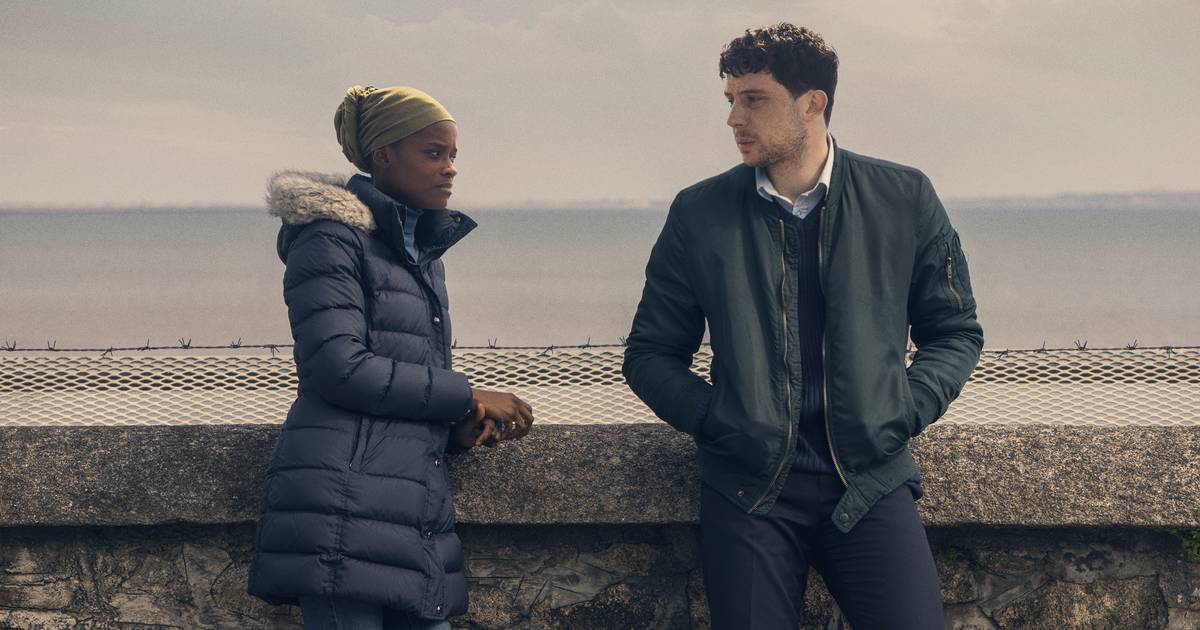 The system of direct accommodation of asylum seekers has been a source of controversy for two decades. Still, the subject has had limited play on movies or TV series. The issues will remain obscure to many otherwise knowledgeable people.

“We need a more human rights-friendly system,” Frank Berry, director of the new Aisha, told me. “With dignity, with medical care – and all those basic human rights that are enunciated by the UN. The system as it is – and as it was – does not respect these rights.

Berry is just the filmmaker to broach the subject. For over a decade, the Dubliner has earned a reputation for our utmost social realism. His first feature, a charming documentary called Ballymun Lullaby, started as a small-scale project to raise money for Ron Cooney’s music project in this housing estate. I used to live here emerged from an article in this newspaper about a wave of suicides. Michael Inside, released in 2017, took an unimpressed look at the Irish prison system. While researching the latter film, he came across the striking fact that the Department of Justice ran both prisons and direct supply. It seemed strange to him.

“I read a very interesting article in The Irish Times called ‘Lives in limbo’, which explored the direct sourcing system,” says Berry. “So I just thought: I would like to know more about this. Sometimes a project comes along where I just want to find out more in an authentic way. And so I contacted Lucky Khambule, who is a co-founder of the Asylum Seekers Movement in Ireland. The first step I take is always to try to position myself responsibly. It was in 2017.”

Someone told me early on that the director of their center was coming up from the kitchen. Great for him, but is this manager the right person to deal with traumatized people?

Five strange years later, Aisha arrives to open the Cork International Film Festival. Berry got a top-notch cast. Letitia Wright, otherwise box office eating in Black Panther: Wakanda Forever, stars as the eponymous protagonist – a young Nigerian woman seeking asylum in contemporary Ireland. We watch her endure both big and small stresses. The staff at his accommodation is dismissive. There are endless delays on his request. We learn that despite getting a job at a hairdresser, she can be moved to another location without notice. The distraction comes when she befriends a new employee at the center played by Josh O’Connor (a far cry from his role as a young Prince Charles in The Crown).

The film is full of small details that seem to be taken from research. Aisha attempts to heat her own food in the centre’s microwave as she doesn’t trust halal arrangements, but is told it’s not allowed.

“A lot of people have told me they don’t believe managers have been trained to deal with vulnerable people,” Berry says. “A lot of talk was about the lack of training – someone told me early on that their center manager had come up from the kitchen. Great for him, but is this manager the right person for his job? caring for traumatized people?

I have the impression that I took my cinema more from my mother. She’s just a great listener and someone with a very strong belief in social justice. I’ve listened to it all my life. His values ​​are in the movies

And even. Aisha does not demonize the staff. It feels like they’re talking to asylum seekers, but there’s little overt racism or naked cruelty in the film. There’s more of a feeling of rattling cogs in a poorly designed machine.

“I also did that in Michael Inside. There, I didn’t want to vilify prison guards like you would for a genre film. I feel like it’s less real. I met some managers very early on. I met a businessman, and I also met someone who I found to be empathetic. I wanted it to be very fair and very real. But I also wanted to express the fact that they run it like a business.

This is a point worth emphasizing. The majority of centers are run for profit by private entrepreneurs. They don’t operate like schools or hospitals. There are not even any prisons. Often the rules of business supersede those of care. Aisha premiered at the Tribeca Festival in New York before moving on to the London Film Festival. I wonder if Frank has any idea if other countries have similar issues with their immigration systems.

“It became a conversation about immigration systems in general, and I learned that no, we’re not alone,” he says. “What I found really interesting was how this system talks about our past. It’s another oppressive system like industrial schools. The last mother and child home was, I think, closed in 1995 And the first direct supply center opened in 1999. There are conversations to be had about how these systems were developed for profit.

Berry is every bit as enjoyable as his human films suggest. A fresh-faced boy in sight of early middle age, he grew up in the Foxfield corner of Raheny. Unsurprisingly for someone who has supported the cinema, he admits that, as a young man, he would never have expected to be sitting where he is sitting today. Berry didn’t really think of the medium as a career until he took a video course in college.

“When I was younger, my father was always an enthusiastic amateur photographer,” Berry says. “And he was filming us with movie cameras. People would say that I had to take my cinema from my father. But in fact, as I got older, I started to think, and I feel like I took my cinema more from my mother. She’s just a great listener and someone with a very strong belief in social justice. I’ve listened to it all my life. Its values ​​are in the movies.

I love making movies and I’m drawn to the prospect of doing something about my own story, my own life. It’s still there. Apart from that, I just came across a subject and I find that it does not let go of me

Makes sense. Each of its three dramatic features grew out of attention to excluded voices. Ballymun Lullaby started as a community video when he was working as a teacher. I Used to Live Here, featuring a catchy performance by now-busy Jordanne Jones, started as a documentary and evolved into a drama. Like Mike Leigh or Ken Loach, he has developed a unique approach to his work. I wonder if he would one day see himself breaking with that to make a film that was not the result of such research. Maybe a romantic comedy? Stranger things have happened.

“Not a romantic comedy, I think,” he says with a smile. “I’m not attracted to those at the moment. I love making movies and I’m drawn to the prospect of doing something about my own story, my own life. It’s still there. Apart from that, I just came across a subject and I find that it does not let me go.

In any case, he has now moved on to another league. Aisha played in Tribeca. It features your wife out of Marvel and your man out of The Crown. We wonder how it happened.

At the cast and crew screening, a friend of a crew member came over and they said they heard Josh was in this movie, but they were waiting for him to show up. That’s a really good compliment for Josh

“Letitia got the script. He landed in her office and she asked if she could be considered – very humbly,” he said. “I’ve been watching her for maybe eight to ten years. She was amazing in Steve McQueen’s Mangrove. We spoke on the phone and realized that we were both driven by the same beliefs.

Born in Guyana, raised in North London, Wright had her own challenges playing a Nigerian woman in Dublin, but most Irish viewers will be more focused on how Josh O’Connor – a middle-class comrade from Cheltenham – manages well (or badly). like a working class Dub. Brilliantly, as it happens. Hunched and reluctant, he is, despite no obvious change in appearance, almost unrecognizable in the role. Berry explains that O’Connor worked hard on his accent with actor Emmet Kirwan and that the two would exchange voicemails before filming. But it’s not just a matter of accent. It is also a question of posture.

“During the cast and crew screening, a friend of a crew member came over and they said they heard Josh was in this movie, but they were waiting for him to show up. . That’s a really good compliment for Josh.

As Berry’s career progressed, he moved from working with non-professional actors to established stars such as Wright and O’Connor. He explains that no major change in approach is necessary.

“When I worked with non-professionals in my first two films, I had to find a way to make them feel comfortable – so that their true selves came out,” Berry explains. “I quickly realized that working with famous actors was not far from that. We were talking about the topics of the film from the start – and making sure everyone knew what film we were making. And we would bond with those early conversations.

[ A ‘disgusting movie’ made by ‘vile creatures’? This Irish film is far from that, says its director ]

Aisha arrives in a cinematic environment different from that which welcomed Michael Inside five years ago. The film has been sold to Sky and, the same day it opens in cinemas, will be available to download for millions of viewers at home. I wonder what effect Berry hopes this will have. A new system is expected to replace the direct offer in 2024. Perhaps lessons can be learned from its research.

It doesn’t seem to be asking for much.