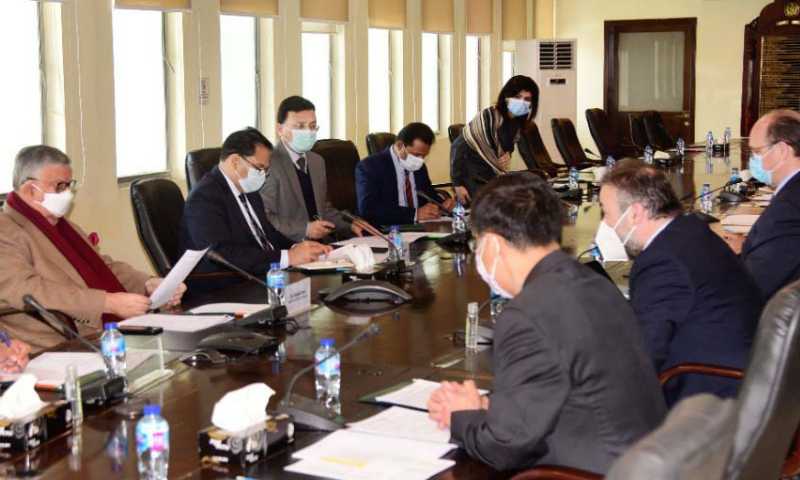 ISLAMABAD: The World Bank has sought at least four crucial “prior actions” for the second phase of a multimillion-dollar lending program to advance the reform process – Resilient Institution Building Program (RISE-II) .

RISE-II is an extension of an earlier program approved in 2019 and aims to support measures to improve the country’s fiscal position and promote competitiveness and growth through GST harmonization, increased use of digital financial services and enhanced integrity in the financial sector. .

Finance Minister Shaukat Tarin and World Bank Country Director Najy Benhassine and his team had a meeting at the Ministry of Finance to deliberate on these prior actions.

The meeting reviewed the progress of ongoing World Bank projects and programs in Pakistan. “The meeting also focused on RISE-II and discussed some prior actions to be accomplished for the timely completion of the program,” an official statement said.

GST harmonization has been part of the medium-term fiscal policy supported and funded by the IMF and World Bank since 2019 with limited success. Under the IMF program relaunched last week, the government has committed to establishing a single reporting portal to support GST harmonization to eliminate reporting to five different tax administrations (four provinces and the centre) and to simplify with a single tax base. This is seen as key to improving the ease of doing business and building taxpayer confidence.

Under the current system, the sales tax base is fragmented, with services subject to provincial taxation and goods subject to federal taxation. The fragmentation of the tax base has seriously compromised the design and administration of tax policy, generated disagreements over the definition and allocation of the tax base, caused cascading and double taxation for businesses, and greatly increased compliance costs. “Indeed, the system is cumbersome and harms competitiveness by increasing the cost of doing business,” concedes the government.

The government has already presented to the National Assembly a bill amending the Fiscal Responsibility and Debt Limitation Act of 2005, which aims to limit the stock of public guarantees to 10% of GDP and to strengthen the Office of public debt to plan the acquisition of debts and liabilities, but with a ratio downgrade. The bill was on the agenda of the National Assembly’s Standing Finance Committee on Tuesday but was postponed due to lack of time.

The proposed law generally aims to achieve three key objectives: limit the stock of public guarantees to 10% of GDP; publish a National Medium-Term Macro-Fiscal Framework (MTMFF); and institutionalize debt management functions in a single office reporting to the finance secretary instead of the finance minister. The bill also seeks to increase the number of directors of the Debt Policy Coordination Office (DPCO) from three to four and change its nomenclature to Debt Management Office (DMO).

Interestingly, the bill aims to have an upper limit on total public debt and guarantees at 70% of GDP with the addition of a 10% limit on the stock of guarantees. There is no change in the upper limit of the public debt stock at 60 pc of GDP as provided for in the 2005 law.

An official statement said Mr. Tarin appreciated the World Bank for being a source of support in pursuing the reform agenda and implementing various development projects for the country.